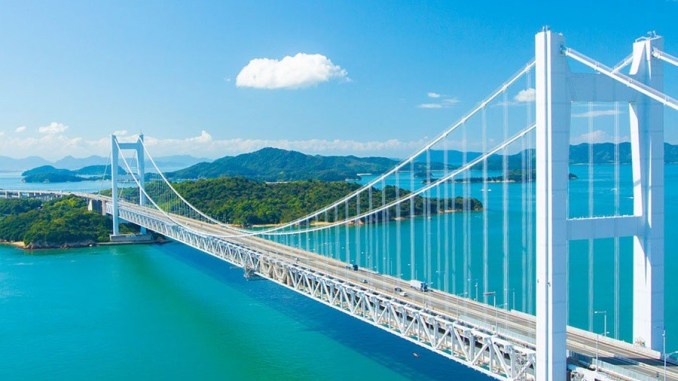 There is no doubt that the world we live in today is full of complexities. But more to this, is the irrefutable fact that the world is increasingly becoming divided along several layers of the socio-economic strata; thanks to our political leaders who come in all shapes and sizes. In the United States, Mr Trump has always resorted to the age old “divide and rule”; which at best is keeping the USA divided along racial and ideological fault lines. Mr Trump has conveniently used the symbolic wall to build divisions among Americans, which has now seen the emergence of “white Supremacists” wrapped with the colours of the American flag. Trump has, to his advantage wrapped himself with the American flag, and called it patriotism as his mantra to “Make America Great Again”. In England, it’s the Brexiteers vs Remainers.

In Sierra Leone today, a similar trend is slowly emerging, whereby certain sections of the society feel marginalised against others. Some call it tribalism or the “Mendelisation” of the Sierra Leone government. This has not been lost on the current Bio government, which has made strides to address the kind of divisions that seem to permeate through our society. We saw how Bio invited stakeholders and other members of the opposition to State House; in order to quell any rumblings on the status quo. The opposition attended but backtracked a few days later; describing the exercise as a whitewash. The government later initiated the Bintumani 3 Peace Conference and true to form, the opposition put on a no show.  You be the judge. But that does not mean that the SLPP has not had its own shortcomings.

President Bio has recently launched the bidding process for the Lungi Bridge. Irrespective of your political persuasion, you cannot deny the need for such a project. As a nation, we all acknowledge the need for it. Nevertheless, the project has received criticism and approval from various sections of the society in equal measure, and understandably so. One of the key arguments put forward by the naysayers, and understandably so, is the amount it will cost to build such a bridge. President Bio has gone out of his way to assure the public that this venture will not require a single shilling from the people and government of Sierra Leone. It has been touted as a project that will be modelled on a “build, operate and Transfer” (BOT) business model. President Bio said that “We believe infrastructural investments should not burden the country with huge debt. They should be financed in a way that the public and future generations are not liable for that debt………So we are not going to build a bridge or an airport for which the people of Sierra Leone are going to pay back a high-interest loan for 10, 20, or 30 years. That simply does not make economic sense.” (Thesierraleonetelegraph.com -19/06/19).

You would expect that such a model should calm the nerves of those who feel that this is a misplaced “priority”. They argue that Sierra Leone has more pressing needs like schools, hospitals, food security and other essentials that should take priority. You can hardly argue with that. However, the need for an improved access to the Lungi Airport or an alternative to it has long been a nationally recognised need. That is why the previous EBK led APC government had blueprinted the Mamama Airport as a key component of its infrastructural development. A lot of background work and man hours had been used to draw up preliminary plans. It was all set to go until the electorate decided otherwise in March last year. It is a foregone conclusion that the need was a nationally accepted view; irrespective of one’s political persuasions.

The election of Bio and his government put paid to the Mamama project. Many people had felt that the project was financially unhealthy, while others felt that this project was simply shelved because, the SLPP is reluctant to facilitate any project that is connected to the APC. But equally, many feel that the projected cost of $ 1.8 billion for the bridge is a lot of Leones and cents to use on the project. This is weighed against the estimated cost of $ 400 million for the Mamama Airport. You don’t need a master’s degree in Pythagoras Theorem to do the math.  Both projects would require payments from the public to use them.

Let us attempt to take a look at both projects. The Mamama Airport, among other benefits would have relieved travellers of the tedious ferry journeys, which in most cases took as long as the flight times from overseas. We all know that much of Lungi’s relevance is tied to the Airport. Lungi is unfortunately regarded as a geographical appendage to Freetown; as if an after thought by the Almighty. But would the Mamama Airport have served as the death knell for Lungi, as we know it? We get fish and ….eh poyo from Lungi. Jokes; Lungi has lovely beaches as well. Besides, Lungi is not only our only international airport and gateway to the rest of the world, but also a trunk route to one of our most important districts, Port Loko. So what would have become of Lungi, if the Airport was no longer a viable port of call; thanks to the Mamama airport?

A bridge to Lungi may sound like a better alternative to many, even though many have an issue with the cost; irrespective of the source of financing for the bridge. Interestingly, the bridge would not only account for smoother and shorter journeys to the airport, but will also open a lot of possibilities. It is an open secret that Freetown is bursting at the seams. To describe Freetown as congested, overcrowded or overloaded do not begin to describe the current situation. The strain on services like water supply, waste management, sanitation and other public services are simply inadequate; thanks to the perennial factors of urbanisation and the internal migration that accompanied the displacement of people, after the civil war.

There is no doubt that Freetown is running out of space. We now see how most of the forested areas and virgin lands around the capital have been destroyed in the endless search domiciliary purposes. You just need to recall some of the factors that contributed to the infamous mudslide to appreciate the need for an outlet. We are also aware that in spite of transportation problems, many people are opting to build houses and relocate to Lungi. Among others, the town has a vast amount of flat land for building houses, lovely beaches to develop tourist friendly facilities, and could  shorten the journeys to Guinea via Port Loko. You see? 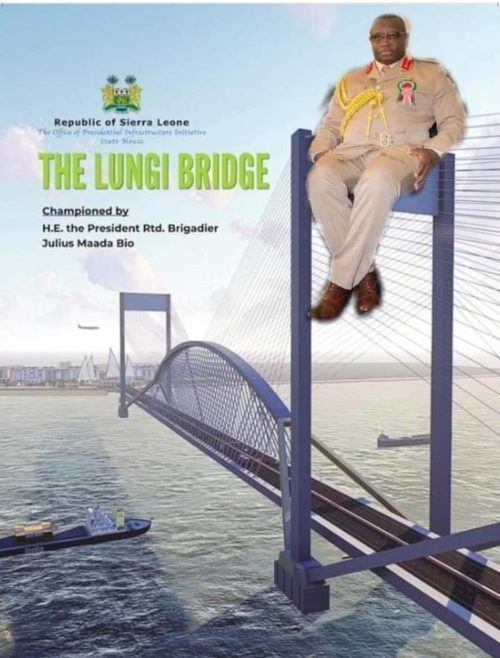 When Nigeria faced a similar problem with over congestion in Lagos, the people were up in arms when the federal government decided to move the capital from Lagos to Abuja. The cost and all the teething logistics of the relocation was a national flashpoint then. But Abuja has not only become a redemption in terms, but also a social valve for the ongoing population explosion. You don’t need a civics lesson to know that Nigeria is facing a population explosion. Freetown is not far from that. So, is Lungi destined to be the new Abuja of Freetown in particular and Sierra Leone at large?  So how will the Lungi Bridge contribute to this new phenomenon? Don’t answer that.

We can all agree that the Lungi Bridge is necessary. The project is expected to generate about 5,000 Jobs during its construction; a welcome boost to our perennial unemployment rate. It will open up Lungi to business, tourism and ease up the problems of congestion in Freetown. Our airport will become easily accessible and save travellers from taking the scenic route, via Pot Loko to Freetown; especially when the ferry service is down. An easy access to Lungi will provide a welcome Abuja for an already overcrowded Freetown Peninsula, with services that will promote decentralisation. Having said that, if the cost of building the bridge, although at “no cost” to our country seems to be the sticking point of opinion, can the government address this by looking for shorter points between Freetown and Lungi? Do we need the bridge to follow the ferry route from Tagrin to Lungi?

There are a lot of estuaries along the coast of the ocean. We were taught that a straight line is the shortest distance between two points. Can we reduce the cost of the bridge by reducing its length? If there are any estuary points along Hastings, Waterloo, etc. that could be shorter to connect the two, can these be considered? Connecting Lungi with a shorter bridge from any of these estuaries will require some further road construction to Lungi, but will it be cheaper in comparison?

In case you missed it, the IMF has demonstrated its vote of confidence by approving $21.6 M, following a review of Sierra Leone’s economic performance under the JMB led government. But like with any IMF pill, it comes with an ill.  It will require the removal of subsidy on various consumer items like fuel, the withdrawal of massive tax waivers and call for prudent government spending and tough fiscal policy. The “aim is to create fiscal space for priority spending by strengthening revenue mobilisation, containing current spending and improving the efficiency of public investment” (thesierraleonetelegraph.com). The IMF recognises the “authorities more cautious medium term fiscal approach as appropriate, in the face fiscal risks and the challenging economic environment”. Against the backdrop of such a mammoth cost for the Lungi Bridge, the coincidence of such a vote of confidence seems a demonstration of no concerns from the money men. The hope is that Bio’s government would continue its restoration of confidence from our international Samaritans.

While Donald Trump is busy building walls, EBK built roads, JMB wants to build bridges. The hope is that JMB and all the stakeholders can come together to build more bridges to knit back our country together. You can do so by extending your hand; for bridges will burn, when the people and memories they join aren’t the same. If building a bridge does not enrich the awareness of those who work on it, then that bridge ought not to be built in the first place. Let us cross the rivers of doubt and discouragement on the bridge of faith and hope, even before we get to them. With effort and hard work, we can construct the “bridge” that will connect our dreams to reality. Will the Lungi Bridge lead to the new Abuja? Don’t wait to find out; get your 2 -town lot now.