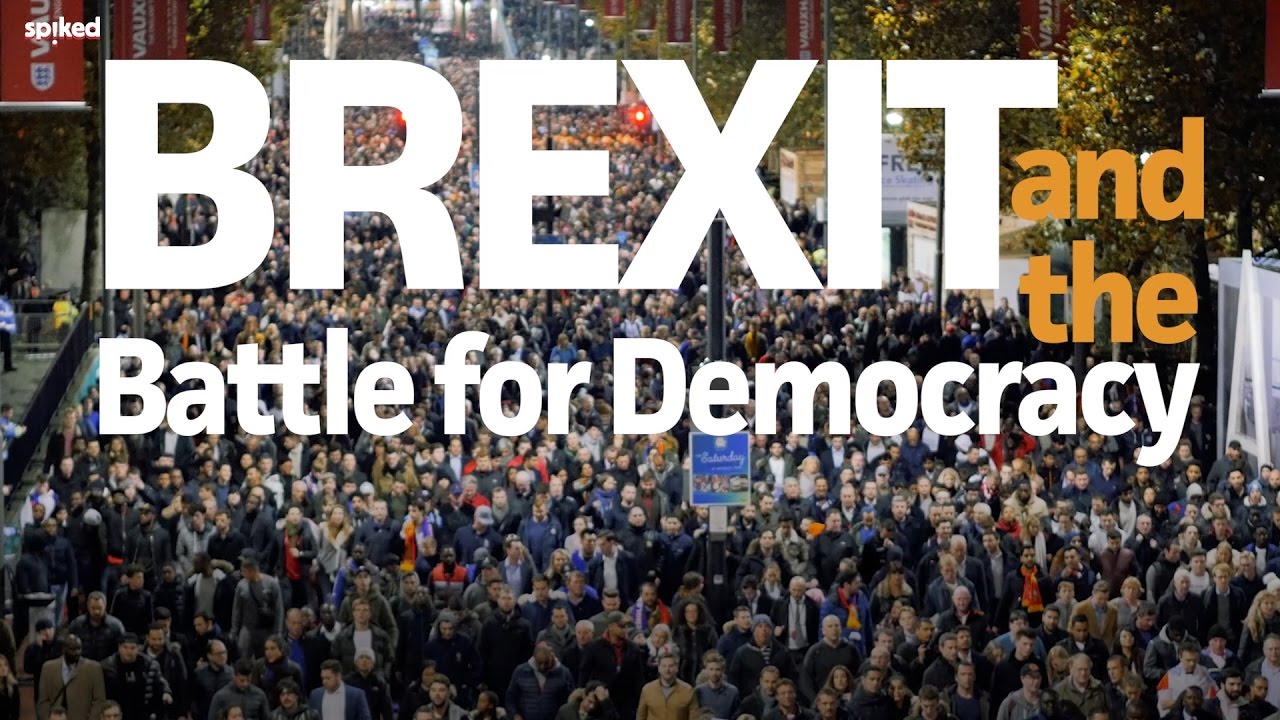 Democracy as been described as a system of government by the whole population or all the eligible members of a state, typically through elected representatives. My primary school teacher gave me a simplified version; that democracy is the government of the people by the people and for the people. There are many other forms of government, or forms by which a group of individuals are chosen or imposed to lead or control others. Many see democracy as the most preferable. However, we must note that no one system of government is perfect; for in spite of its universal desirability, some see democracy as the freedom to elect our own dictators. Like many Western Nations, Britain ranks as one of the bastions of democracy. Not only is it practised on its shores but democracy has been one of its export commodities throughout out its imperial past to date. But is spite of Britain’s chest beating stance on democracy, the Brexit conundrum has stretched this concept to its last sinew.

It is 3 years since Britain had the Brexit vote on whether to stay or leave the European Union (EU). Although the democratic mandate was to leave the EU, the after birth of this democratic process has now left the country dangling on the cliff edge. The Brexit vote has seen Britain churn out 3 Prime Ministers in 3 years; as if an annual event. The division between the Leavers and Remainers is palpable. What is so surprising about this democratic process is the time it is taking to seal the democratic outcome of a democratic process; and this is happening right in the backyard of one of the world’s leading connoisseurs of democracy. After voting 3 years ago to leave the EU, why is the country still talking about whether to leave or not to leave? It is this democratic conundrum that has triggered the election slated for 12 December. In effect, this will be an election on the referendum to leave or not to leave. Interestingly, Britain is having an election on an election. How quaint.

One of the strongest arguments put forward by the Leavers is that Britain had made a choice to leave and must leave the EU. If the decision had been made via a referendum to leave, why is the country embroiled in this saga? On the other hand, those who are insistent on remaining see the whole referendum that mandated the decision to leave as a con job. The Remainers protest that many people voted with their eyes wide shut or did not read the small print. When Nigel Farage and the fourteen others preached the sermon of leaving the EU, not withstanding the incendiary red flags that were raised, a lot of promises and economic potholes were supposedly glossed over. The picture of taking the land back and we will all live happily ever after was the utopian hereafter that was peddled along the estates of the land. The promise of diverting £350 million weekly from the EU into the NHS felt like a life support machine. The insulation of the sea from foreign poachers, the tightening of the borders, and reclaiming the benefit system for sons and daughters of the soil was just too appealing to resist. These promises were not only appealing but also carried a touch of emotional spice that tasted palatable to the taste buds of rule Britannia. But no matter how long the night may be, the day is sure to come.

Britain voted to leave and Britain will leave the EU. All that Britain needed to do was to disentangle itself from the web of agreements, treaties, ententes cordials, fraternities and deals to mark an amicable divorce. This meant that it was time to read the small print. But just like any agreement, the only large print is the “accept” button, which Britain had clicked decades ago. This marriage did not seem to have any prenuptials and hence the divorce seems to go down like a storm. But if Britain had democratically decided to leave the EU, then what is all the fuss about? Judging from a layman’s point of view, the referendum was a tacit consent from the British people for Britain to leave the EU.

However, it is this concept about “consent” that seems to be squaring the holes in the Brexit conundrum. In its unadulterated form, “consent” is permission for something to happen or agreement to do something. In the strictest sense of the word, that is what the referendum represented; the consent of the British public for Britain to leave the EU. But many are now questioning how that “consent” was gained. In such questioning, there is a temptation to run along the corridors of “informed consent”. Was the “consent” an informed one?” It is this concept of informed consent that has transformed the country into the English patient. Scotland, Wales and Northern Ireland appear to threaten to cut the umbilical cord from the English motherland.

Despite the flowery and paradise like pictures that were painted by the Leavers, a lot of people are now swelling the fan base of Rod Stewart and “wish that, they knew what they know now, when they voted”. The Remainers have capitalised on the prognosis of doom and gloom that will follow the country’s single parent status after the withdrawal. In the meantime, the Leavers are promising a more fruitful relationship with the sidekick USA. While some see this relationship with USA as adulterous, others see it as rebound that will only make the divorce pitifully painful. But for those who are waking up to the reality and questioning whether they were hoodwinked into signing on the dotted line, where do democracy and the concept of consent sit here?

Since the referendum, a lot of promises and paradise scenarios have been proven to be utopian. But some of these utopian fantasies were the very scenarios upon which some people voted. Politics and ethics can be strange bedfellows, but was the referendum short of ethical considerations? Was it ethical to peddle alternative facts to people? And if the consent to leave the EU by way of a democratic process of a referendum laced with untruths; does that make it undemocratic? The people have voted and some will say that the will and wishes of the people must be respected. The decision was by the people and for the people. But others will say that the decision to leave the EU was Machiavellian by default; as the end justifies the means.

So now that the people had voted to leave, why should there be another referendum? The people had decided, but why should the people decide on the decision that had been decided? How democratic will it be to overrule a democratically made decision of a decision? Does that mean that a democratic process is only democratic with the desired outcome? And whose desired outcome? On the other hand, the Remainers will say that they were made to decide on a decision for which they did not have the right information to make the “right” decision. So where does that leave the concept of democracy?

There is no doubt that democracy has come full cycle. The world has seen how democracy transformed the most powerful country in the world into a universal joke. As a result of this, and by today’s standards, Robert Mugabe is claiming to be a patron saint and High Priest of African Democracy today. He is looking at America today and thinking that he did a better job at promoting democracy. When you look around the world today, it becomes tempting to conclude that democracy has cultivated a cult of ignorance that has simply become the bludgeoning of the people, by the people, and for the people.