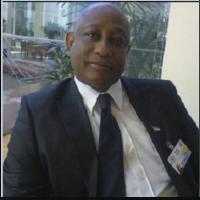 The government and people of Sierra Leone will observe 3 minutes of Silence Monday, November 7 to commemorate the anniversary of the declaration of the end of Ebola virus disease in the country by the World Health Organization (WHO).

WHO said a total of 28,616 confirmed, probable and suspected cases were reported in Guinea, Liberia and Sierra Leone resulting in 11,310, deaths.

“It is a symbolic remembrance of the tragedy that befell the country but more so to continue to honor the frontline workers that sacrificed their lives and scores that died in the course of fighting the deadly Ebola scourge,” said Abdulai Bayraytay, Sierra Leone Government Spokesman.

Bayraytay said President Ernest Bai Koroma will address the nation Monday in a televised broadcast and has ordered flags fly at half mast.  According to Bayraytay, the highlight of President Koroma’s message to the nation will capture the challenges the country endured during the outbreak.

He said “Through the collective resilience of the country with the support of our international partners we were able to defeat Ebola. As of now, continuing to build a resilient health system is one of the key priorities in the president’s ongoing 10 – 24 month post Ebola recovery agenda’” Bayraytay insisted.

In October this year, Dr Sylvia Olayinka Blyden, Sierra Leone minister of Social welfare, Gender and Children Affairs led a weeklong 3-man delegation of Ebola Survivors including Mr. ‘Daddy Hassan Kamara, spokesperson of Sierra Leone Ebola Survivors and Ebola Orphans Coordinator to the United States to solicit assistance and resources from US government agencies, the international community and the Sierra Leonean Diaspora for thousands of Ebola survivors in Sierra Leone and, to help develop the country’s health infrastructure.

Recently, the government announced a monstrous austerity measure due to what they describe as a huge decline in state revenue attributing the economic crisis on the outbreak of Ebola and lower iron ore and rutile prices.

But critics of the government’s economic policies including Samuel Jamiru Brima, a respected economist and head of Department of Economics at Fourah Bay College, University of Sierra Leone disagreed with the government casting blame on Ebola as the main cause of its economic woes.  He said bad economic policies and overspending for ‘unbudgeted expenditures’ are to blame for the countries current predicament

Meantime, on Monday at 11 am local Sierra Leone time, the country will officially halt all activities for 3 precious minutes of silence to acknowledge the end of Ebola.