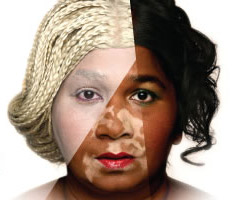 “The Black skin is not a badge of shame, but rather a glorious symbol of national greatness”-Marcus Garvey Two years ago, I wrote about the bleaching epidemic in Nigeria and especially the alarming new trend of whitening, titled:Brown is the new white. It is shocking that the World Health Organisation report, revealed that Nigerians top the table with 77% users of bleaching products in the world. Togo came second in the league at 59%, Senegal, 27%, South Africa 35% and Mali 25%. Africans aren’t alone in wanting to lighten their complexion, some Asians, our African-American and Caribbean cousins also have this altered perception of beauty. They say, if you know better, you do better; it seems that more than 7 out of 10 Nigerians do not know better or they simply refuse to understand and appreciate our incredible melanated skin, so diverse that it comes in some many shades and hues. James Brown sang; SAY IT LOUD, I’M BLACK AND PROUD! I wish people understand the significance of the words and perhaps it is a shame that many of us choose to believe the contrary. 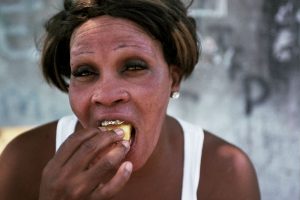 If you can recollect, I mentioned that a little known singer, called Denica who was peddling her little tub of miracle potion that turns black skin into white skin and she was making a killing ( all pun intended). You cannot blame her, she had a market full of gullible people who equates acceptability and success to how fair their skin is. She was a walking advert for the whitner, and what was shocking was her before and after pictures; so shocking was her transformation into this almost translucent apparition. To be honest, I did not know of her or her singing talent, until she was interviewed about her whitener. So there she was trying to convince those who care to listen that the little tub of whitener was a pigmentation removal and she was not convincing that the entire potion does in a way, was to temporarily remove the darker part of her skin! She went as far as to say, she was quite fair before and she did lap up the attention. She sold her products to the gullible and she was laughing all the way to the bank. Dencia, before, was a pretty black girl, who for the reason known only to herself decided to go white from head to toe. She admitted that her products have not been scientifically examined or approved. When asked if the user of her product got cancer, she glibly said, “People can also catch cancer just by breathing!” 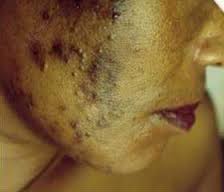 There is a saying that “Black don’t crack” and it is true in the case of many beautiful black women like Naomi Campbell, our very own Patti Boulaye and I must say my mother. These women continue to glow, no matter what age they are. Believe me, we are beautifully made and you do not have to take my word for it, unfortunately, we have been brainwashed to believe that white or lighter is better. Alternating our skin colour has long term consequences; skin discoloration, serious skin conditions and exposure to carcinogens and pollutants. These people are psychologically damaged that they do not understand that they cannot buy acceptance by changing their skin. It would be more prudent to work on their self-esteem rather than, who people think they should be. We have a herd mentality and they often follow a trend without questioning the rationale; we always want what the other have. You name it; we want it, be it the latest car, jet, appliances, the largest party, the biggest hair, clothes and now this, extreme change of skin colour. So, it is good news that Ghana has joined a host of a handful of countries to ban bleaching products from August (including Ivory Coast, Australia and Japan) and it will carry through its plan to ban all skin whitening products and by August according to its Food and Drug Authority, all products containing up to 2% of Hydroquinone will be banned. they have promised that the enforcement of the ban will be strict and according to its FDA spokesperson, James Lartey:” future regulations could target other ingredients and at the moment, we are currently concentrating on hydroquinone because that’s where we have established a danger at the moment and from 2016, the acceptance of skin- lightening products is going to be zero”. 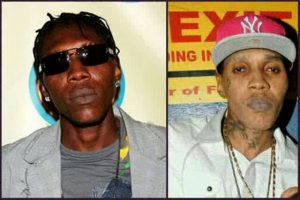 Bravo to Ghana! It is high time Nigeria follow suit and break this chain of self-loathing and inferiority complex. We have to be comfortable in our own skin. We can no longer ignore the health, social and psychological impact of wanting and dying to be more fairer or whiter than we are.The media and the government have got to play an active role in promoting, reducing the propagation and popularisation of lighter skin versus darker skin, including taking more responsibility in reducing adverts that promote whitening products or pits lighter skin as a sign of success or attract ability. It is time to stop colourism and the discrimination of darker skin people. Right now there is a movement of black people in the diaspora, where many are embracing their natural hair, less weave and more afro that the sale of relaxer and straighteners sales has drastically reduced and darker skin sisters like Lupita and Alek Wek have become role model.