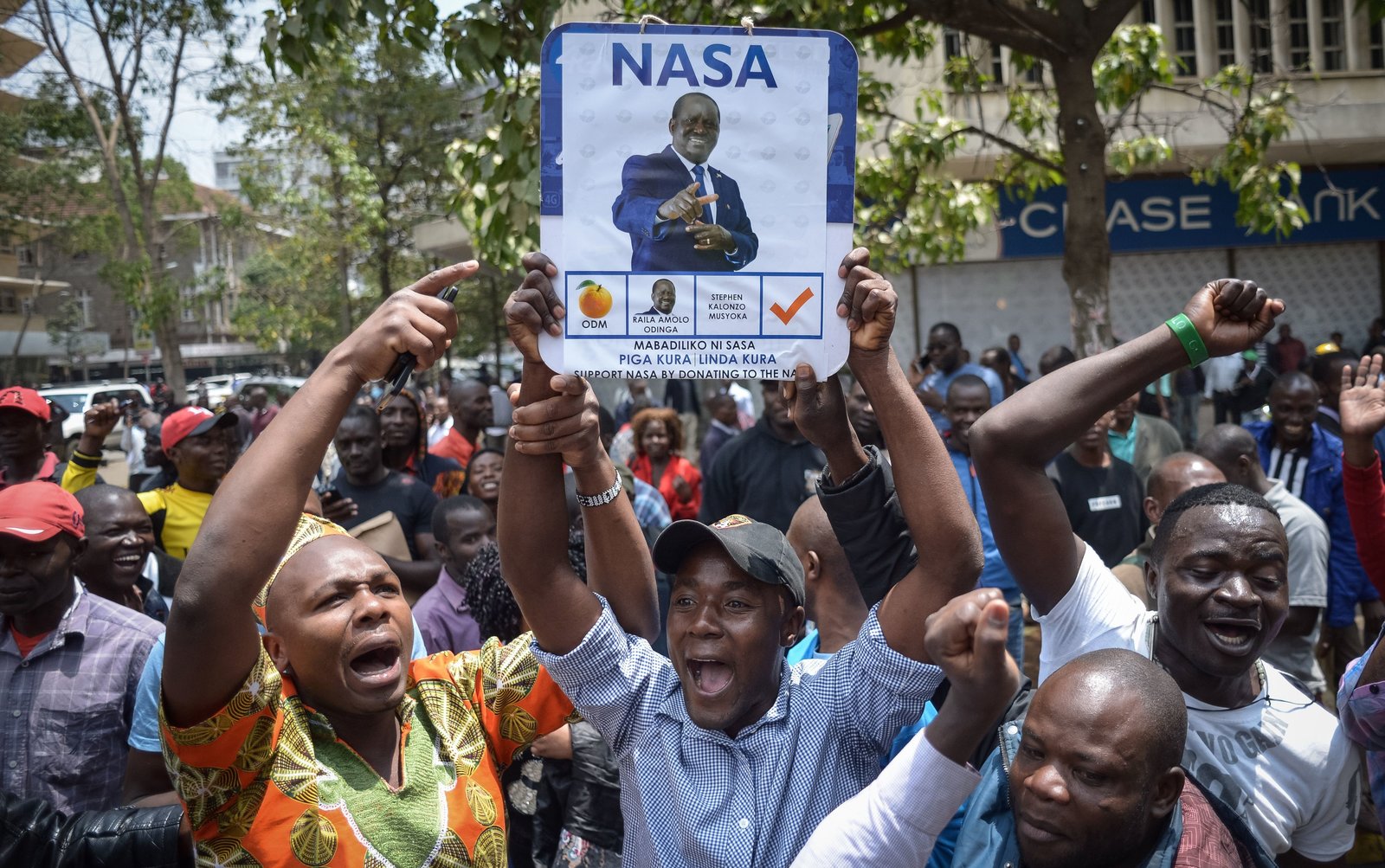 Kenya’s Chief Justice David Maraga, and three of his colleagues, have created history by annulling the August presidential election. It is unprecedented in Africa for an opposition court challenge against a presidential election to succeed. Kenyans have praised Justice Maraga for having the courage to rule against the man who appointed him, President Uhuru Kenyatta, and for restoring their faith in the independence of the judiciary (BBC).

Kenyans are renowned for their feats in long distance running. Describing a Kenyan will never be complete without adding their prowess on the tracks; and especially long distance running. But recent political gymnastics have taken Kenya to the dizzy heights of the African political spectrum. Legal challenges following elections are nothing new on the African political scene. We know the outcomes of such challenges even before the petition court papers are filed. This is especially so, if the challenge is against the incumbent and ruling party. Even when such challenges are made against a political result, not many judges have the guts to allow them their full legal life span. In most cases, the shelf life of such challenges almost always perishes at birth. If what happened in Kenya is anything to go by, it sounds like Kenya and Chief Justice David Maraga have set the pace for a political Tsunami of the African political scene.

They have taken a torch to the rest of the African leaders. If we are to heap praises on the judge for taking a scalpel to the bowels of Kenyan politics, I believe that president Uhuru should also have an equal mention, for gracefully acknowledging the ruling…. initially. He told the watching world that he disagreed with the ruling, but accepted it. Unfortunately, old habits die hard. Following his graceful acceptance of the ruling, he had since muddled the water with accusations and veiled threats. He questioned the Supreme Court’s ruling, why “six people (judges) have decided that they will go against the will of the people”. He is alleged to have accused the Judges that they have “been paid by foreigners and other fools”. As if that was not enough he further stated that “[Chief Justice] Maraga and his thugs have decided to cancel the election. Now I am no longer the president-elect. I am the serving president… Maraga should know that he is now dealing with the serving president.” Just when you thought that here was one president that was ready to put his head above the political parapet, he reverts to the typical African politician, goes ahead and takes the shine off this epoch making ruling. Chai. But Uhuru would also do well to remember that “The Constitution does not just protect those whose views we share; it also protects those with whose views we disagree”

It would be too early to conclude that the wind of political change in Africa has come full cycle. However, we should recognise the changes, even though minuscule, that are grudgingly making their way into our collective political ethos and psyche. Since the turn of the century, Africa has painstakingly been shedding its one party political skin. In recent years, much emphasis has been placed on free and fair elections. Even when incumbents are defeated at the polls, like we saw recently in little Gambia, the international Community has come to bear pressure on reluctant incumbents to respect, accept the results and relinquish power. This is thanks to partly, a new caveat that has been attached to the African begging bowls; that for African states to keep receiving milk from the international cash cows, good governance must be seen to work. He who pays the piper calls the tune. We are increasingly seeing most of our African leaders succumbing to these new found carrot and stick approach. In part, this is also due to a seemingly political renaissance of the average voter on the street; that they are no longer ready to settle for less.

But Chief justice David Maraga has taken this to a new phase; especially if you consider that he was appointed by President Uhuru in the first place. Many would say that he was biting the finger that feeds him, and this is exactly the mentality that we as Africans, should move away from. Our loyalties to our country should transcend those to our political parties. But what are the implications for this ruling? With the date set for a re-run of the Presidential election on October 17, will Kenya see this through without a  hitch? That should be the collective hope and prayer of the whole continent. In the meantime, accusations and counter accusations have been flying left, right and centre of the political aisles. The opposition leader Odinga has meanwhile said that “there will be no different results in Kenya” and has opposed a presidential re-run “without legal guarantees”. This may sound like when you shake hands with a leper, he seeks for an embrace. But the signs look ominous to many.

With Uhuru expressing his disagreement but acceptance of the ruling, and Odinga questioning the integrity of the re-run even before a ballot has been cast, I hate to sound like a doomsday merchant, but the signs don’t look good. After all the optimism that has greeted this land mark ruling that has sent political ripples across the African political ocean, is there a risk of a political meltdown? Both parties seem to be digging their hills for a late show down. For discussion sake, what will Odinga and his supporters do or say if Uhuru wins the re-run? Will Uhuru Kenyatta and his supporters accept the results if Odinga wins the re-run? To all intents and purposes, it is fair to say that despite the landmark ruling, Kenya is sitting on a political precipice.

But what does this ruling mean for African politics as a whole? It is too early to count one’s chickens before they hatch, but suffice it to say that this ruling should encourage other African countries to promote the independence of the judiciary. The unthinkable has become do-able. As a continent, we must recognise that “The greatness of a nation lies in its fidelity to its constitution and strict adherence to the rule of law and above all fear of God” (Judge M. Maraga). One problem though; we hope that the Kenyan people will not take the Constitution loosely and the Bible literally. Like many African countries, Kenyan politics is steeped in tribal affiliations. The hope is that when Kenyans go to the polls on 17 October, they will remember that their loyalty is to their country and not the government, when they cast their ballots.

But in spite of the permutations of the re-run, the implications of this ruling for the whole continent cannot be overemphasised. As a continent, we should wake up to the fact that political constitutions should no longer be used as the ultimate tyranny. Political constitutions are the only safeguards of our liberties, and as Africans, we should no longer allow our constitutions that were designed by geniuses to be interpreted by idiots. We should no longer allow our governments to treat our constitutions as mere wax in their hands. The Constitutions should not be used as instruments for governments to restrain the people; they should be used as instruments for the people to restrain the governments. One of the most powerful aspects of political constitutions is that every word decides a question between power and liberty.” So as Kenyans take to the polls in October, Africa is watching. The world is watching. With bated breath, we pray and hope that peace and unity will reign. As for other watching African countries, watch and learn. The political evolution is coming to a cinema near you.