This is part II of this piece.  Please read part I, if you haven’t done so already, to enable you grasp the gist. 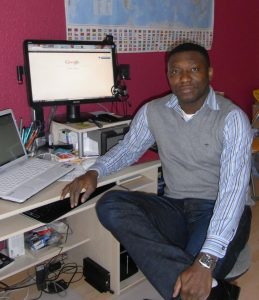 The Tejan Kabbah led SLPP with the help of foreign allies was able to broker the peace we are enjoying today. The success of that government to disarm and demobilize the hundreds of thousands of combatants who participated in the 11 years long civil skirmishes in the country thus allowing the United Nations to declare Sierra Leone a “success story” ever in the world history, was an unforgettable precedence in our country’s history. The SLPP also succeeded in initiating series of development projects including the establishment of the National Social Security Trust (NASIT), the SABABU education, resuscitation and refurbishment of hospitals and clinics and schools across the country and more.

However, the change of government in the year 2007 even though the method was said to be unfair, was generally welcomed.  This is because many people, including myself, share the view that only subsequent changes of regimes can help democracy to flourish hence sustainable growth and development.  The essence of democracy is not to enable few politically motivated individuals enrich themselves at the expense of the masses without being dethroned, but to empower the masses to take the leaders to task. This is why the change of leadership in 2007 was timely and necessary as far as I’m concerned.

Though the current All People Congress (APC) led by President Ernest Bai Koroma has the same name and symbol of the Sheki-Momoh’s APC, but if I’m to take him by his words, President Koroma has intermittently stated that his own version of APC is different from the previous one.  I don’t know how committed he is to his promises, but what I believe is that the name and symbol of a political party doesn’t determine its ideology; it’s the people in it, particularly the leadership that determines the policy and ideology. I’m sure that is what President Korma means by his government being different from the Sheki-Momoh’s epoch.  I therefore don’t view the current APC as a continuation of the Sheki-Momoh’s era because the leadership is different, the system of governance is different, even the generation we are living today is different.

The current APC, as I have always mentioned in this column, has and still is, scoring some positive marks as well as negative ones based on which the Sierra Leonean populace is going to decide for or against it on November 17 this year.  The clock is ticking…

Now let’s think out of the box

When looked at the country’s political landscape retrospectively, both APC and SLPP have a catalogue of questions to answer for the benefit of the ordinary citizen. None of the two parties can logically and entirely disassociate itself with the political upheavals suffered by the ordinary Sierra Leonean over the past decades.  Because history tells us that it was the bad governance and mismanagement of public resources by the Sheki-Momoh’s dictatorship regime that brought about the war and NOT the “blood diamond” as claimed by many unhonest intellectuals.

The NPRC was served by a whole bulk of SLPP politicians namely Tejan Kabba, Maada Bio, John Benjamin, Abass Bundu etc. which shows their undeniable allegiance to the juntacracy. Even the current Electoral Commissioner, Dr. Christiana Thorpe became known to many Sierra Leoneans as a Minister of NPRC regime.

Likewise the APC, though president Koroma has never made any public statement in favor of AFRC, but we are clearly seeing how many AFRC operatives he is encouraging. Even those who went underground running from their ugly shadows in the AFRC have resurfaced today in fertile public offices, speaking loudly not because the APC recognizes freedom of speech as a democratic value but because they are assured of president Koroma’s blessings. In addition to that, president Koroma’s continues silence about those instigative publications against Maada Bio by the sympathizers of victims of the December 29th 1992 execution signifies his approval of it hence his sympathy with, commitment to and continuity of the Sheki-Momoh’s APC.  Action speaks lauder than words.

As for those who are chanting “inquest” against Maada Bio, they are not only aiming at undermining the already achieved peace we are enjoying, but they are also telling the world how shallow-minded and selfish they are. What we know is that any jury that prosecutes the December 29th 1992 execution of those Sheki-Momoh’s APC dictators, would be also bounded to prosecute the countless killings ordered by the same people prior to their death, and those who are posing to be their families and mouthpiece shall be welcomed into the ring as the defendants.

As a humanitarian servant, I don’t glorify death penalty of any kind including the one under discussion. But in as much as the NPRC soldiers were trained by those dictators, I view their execution as a showcase of what they had taught the army, hence their regime was famous for conducting executions. If Mark Antony was right when he said at Caesar's funeral that "the evil that men do lives after them", then no inquest is necessary.

The whole world knows that Maada Bio didn’t order, supervise or participate in the December 29th execution and that only those who hate him, apparently due to personal reasons, are making such claims based on the figments of their own imaginations.  Or even if Maada participated in those executions, hence he was not the principal perpetrator, he is covered by double unbreakable amnesties that doesn’t allow the institution of any inquest against him: the Abidjan and Lome peace accords.  Alternatively, if those who are echoing the anti Maada “inquests” are really patriotic enough, let them request for an extension of the ICC’s mandate to investigate post colonial atrocities in Sierra Leone, which will cover the terrible Sheki-Momoh's APC era and NPRC as well.

If president Koroma is honestly committed to peace and democracy in post war Sierra Leone as he claims to be, he should stop maintaining silence on this very insignificant but topical issue. He shouldn’t allow anyone to buy cheap recognition in his administration by reopening old and forgotten wounds.  Let the APC use the credibility of some developmental projects they have implement in the past four years as basement of campaign.  Let the ordinary voter cast his/her vote for policy and not for fabricated story. The December 29th 1992 execution story doesn’t just hold water in today politics.

Maada Bio’s title, whether be it retired brigadier, lieutenant, captain or private is no longer relevant to the Sierra Leonean community.  No Sierra Leonean is really interested in the old combats and booths wore by Maada during his military carrier. What is relevant is his sincerity and commitment to the promises he is outlining in his manifestos.  For example, some of former President Kabbah’s electoral promises included the reestablishment of railway and the construction of Freetown/Lungi bridge which never came to pass.  Similarly, the current APC administration is working on its own promises which included but not limited to the eradication of corruption, the speedy completion of Bubuna thus the lightening of Freetown with “clean” electricity, relocation of Lungi, construction of the Lungi bridge, relocation of Freetown (according to J.B Dauda) etc. etc.  Now that time is closing in, we are impatiently awaiting to see a free, fair and peaceful elections that will allow the ordinary citizen to judge between the lines and decide for him/herself.

After Tejan Kabbah handed power to President Ernest Bai Koroma in the year 2007 the SLPP suffered a lot of humiliations in the hands of the ruling party including massive sacking of perceived members of their camp followed by moral and physical intimidations.  The party almost went into disarray with many thin-skinned members pinching tent with the ruling party. What still remains unchanged is the fact that every democratic society needs a viable opposition. If the President Koroma’s APC is ruling today after some years in the opposition, let the SLPP be given the level playing ground to exist with the full recognition as the main Sierra Leonean opposition.

Maada Bio didn’t highjack the flagbearership of SLPP; he won it after a very competitive contest that forced him to face dozens of opponents. Any unnecessary attack on his candidature therefore is a direct attack on peace and democracy which is what the media is obliged to prevent.

Let the bygones be bygone, let the sleeping dog lie, for the sake of peace in Sierra Leone.