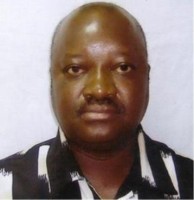 His Excellency the President, Dr. Ernest Bai Koroma has appointed many Sierra Leoneans from various walks of life to high-profile positions in his administration since he assumed power in September 2007. But one of his recent appointments that resonate with his Agenda for Prosperity is that of the Ambassador to the United Arab Emirates (UAE), Architect (Arc.) Siray Alpha Timbo, who has been the Special Envoy of His Excellency, the President of the Republic of Sierra Leone to the UAE, GCC and the Middle East from 2009 to date.

Mr. Timbo’s diplomatic finesse in carrying out the diplomatic assignment may have culminated in his promotion to the mainstream of the diplomatic world.  Mr. Timbo is currently the Chairman of the Presidential Implementation Committee on Investment and Development (PICID) in the Gulf Co-operation Council (GCC) and Middle East. He has been collaborating with our Mission and other concerned Sierra Leone Embassies in matters relating to Trade, Investment, Tourism, Economic and Industrial Development within the G.C.C. and the Middle East.

Well, the UAE has been accredited to our Mission in Riyadh and will be until Mr. Timbo assumes office as the first Sierra Leone resident Ambassador to that oil-rich nation. His appointment is in accordance with Section 153 (2) of the Constitution of Sierra Leone, 1991 (Act. No. 6 of 1991), subject to the approval of parliament.

Born in the Bombali District, Northern Province on the Ides of March 1959, Siray Alpha Timbo attended the prestigious St. Francis Secondary School in the Northern city of Makeni and completed his secondary education with distinction and secured a government scholarship to pursue Architectural studies in Europe. The soft-spoken architect graduated with Master’s degree in Architecture and Urban Planning from the University of Bucharest in 1986. The illustrious son of the soil with a pang of patriotism promptly returned to his home country, Sierra Leone to prove his mantle by contributing to national development.

Timbo’s urge to acquire a second construction experience swayed him to take up employment as a contractor’s architect at the International Construction Company (ICC), one of the leading construction engineering firms in Sierra Leone. At ICC, the renowned architect designed and supervised several projects, including the Presidential Lodge, Wilberforce Military Barracks, Lebanese School – all in the capital, Freetown – and several residential houses in Sierra Leone and Lebanon.

Some internationally funded projects Arc. Siray Timbo has either designed and/or successfully managed their implementation, include, the specialist hospital for the War Wounded at Goderich in the Western Rural District (funded by an NGO : Emergency and UNDP), the complete design/master plan of phase 1 of the Sierra Leone War Crimes Tribunal (UN- funded), proposals for upgradement of Kenema Government Hospital of referral facility (BADEA financed), designed and supervised the animation and Educational Resource Centre in Sierra Leone (AFDB financed), and the Sierra Leone Roads Authority (SLRA) Regional offices (EU financed).

After a seven-year stint at ICC, Arc. Timbo resigned and took up a directorship position at IDEAS Ltd., a position he still holds in addition to his former appointment as Chairman and Commissioner of National Telecommunication Commission (NATCOM). As Chair and Commissioner of NATCOM, Arc. Timbo embarked on restructuring the commission in terms of personnel, focus and policy direction. Chairman Timbo and six additional commissioners collectively advised the president on matters of telecommunications, television and wireless broadcasting services. Several workshops were held, all aimed at putting together a comprehensive strategy for Universal Access, the drafting of regulations to regulate the industry, amending the Telecoms Act to bring it in line with the ECOWAS Supplementary Acts and dealing with Spectrum Management, Interconnection and tariff regulation issues.

To encourage frequent interactions and consultations with the industry, Chairman Timbo initiated quarterly interactive sessions with operations and service providers. In this regard, he held two such sessions that were to all intent and purpose successful and productive.

Another immense and timely initiative of the Chairman was the establishment of the consumer parliament by the Commission as a forum for consumers to come face to face with their operators and regulator to address their concerns and put to rest their fears. Besides, Chairman Timbo opened bilateral relations with sister regulators in the region, including the NCC of Nigeria, ARTP of Senegal, LTA of Liberia, PURA of the Gambia and NCA of Ghana. He also established ties with multilateral organizations including but not limited to the ITU, USTTI, ATU, CTO, ORASCOM and WATRA.

On the diplomatic front, Mr. Timbo was appointed as Special Envoy of His Excellency, the President of the Republic of Sierra Leone to the UAE, GCC and the Middle East in 2009, a position he holds to date. As a certified Project Management Specialist registered with the Association of Project Management (APM) United Kingdom and the Association of Home Builders (United States of America), Arc Siray Timbo was appointed Director/Founder of IDEAS limited (Architects, Engineers and Development Consultants) in 1992 and he still occupies more coveted positions. He served as Chairman/Commissioner of NATCOM from 2008 to 2013.

Timbo is a versatile Architect that belongs to many professional bodies. For instance, the quintessential gentleman is a member of the following professional bodies: Sierra Leone Institute of Architects (SLIA), Sierra Leone Architects’ Registration Council, Association of Project Management (APM), United Kingdom, and Association of Home Builders (AHB) in the United States of America. Timbo has widely traveled within Africa, Europe, Middle East, Asia and Americas. He is married and has three children and is a devout Muslim.

One of the local tabloids in Sierra Leone recently reacted to his appointment in a way befitting the diplomat. It states:  “The timing of the appointment is very appropriate. From his track record, Siray Timbo is certainly the right man in the right place everybody agrees. Honest, modest, humble, friendly and generous. The new Ambassador-designate will succeed in selling a positive image of Sierra Leone in his mission to the United Arab Emirates and far beyond the Middle East.”

The tabloid described Arc Timbo as “a born diplomat, registrar and peace maker. He is a man of few words who believes in action and architectural precision in most of his endeavours”.

With such compliment coming from a very critical paper, it is certain that President Koroma has got his man for the right diplomatic job in the UAE and even beyond. I personally wish the Ambassador designate a very pleasant and successful diplomatic mission in the UAE.