Europeans have topped the list of visitors to Sierra Leone for the first six months of this year. This is according to the slips collected at the Freetown International Airport and processed by the National Tourist Board. 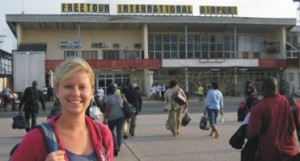 Cecil Williams general manager of the national Tourist Board says people have heard about the new developments in the country and are eager to come and see for themselves.