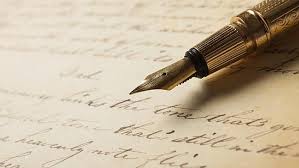 In times like these, our country has become embroiled in so much legal and constitutional wrangling, that some of us have actually given up in trying to makes sense of or stay abreast with events. There have been so many claims and counter claims, accusations and counter accusations; to the point that you can be excused for suffering from political vertigo. Laced with these rigmarole is the spectre of ironies. My problem with the whole thing is how rapid things can change in the political theatre. There have been so many "open letters to the President” that I have decided to make mine “A Secret Letter to the President”.

There are a lot of Sierra Leoneans that are understandably very angry that faced with such a common deadly enemy as EBOLA, it is reckless for a government to trade the safety of its citizens on the altar of politics for Party aggrandisement. It is no doubt that the shift of focus from the EBOLA crisis to that of the CONSTITUTION has coincided with a marked increase in the number of new cases recently. It is equally ironical but not surprising that a 3- day lockdown has conveniently coincided with proposed dates for planned protests in the country. But with our penchant for ironies, it is interesting to note that while some people are allowed to congregate in convoys to show support for the government, it is considered clinically dangerous to assemble for peaceful public protests against the establishment. So you could travel in convoys from Kono, go through Tonkolili, Bombali, Port Loko Districts and right down to Freetown to show your support for my president; but EBOLA would not allow you to PROTEST.

Condemnation and support across the political Richter scale have come in various shapes, forms and sizes. While some have seen nothing wrong with the constitutional upheaval that is gripping the nation, others believe that it is an audacious constitutional affront on the senses to liberty and the very threads that knit us together as a nation. Some have called for protests, civil disobedience, boycotts and to some undesirable extent, riots. Our opposition parties have been pivotal in serving as the people’s referee in this political match. Other political bystanders have chipped in purely from the rule of law point of view.

At a time when we are faced with a common enemy called Ebola, an enemy that has no regard for creed, class, tribe, religion or otherwise; a disease that is technically unbiased in its attacks, taking our eyes off the ball has been interpreted by many as pressing the self-destruct button. Is the life of a single Sierra Leonean worth the risks of dicing with the unrepentant and unforgiving Ebola? Just when we thought that we have were almost there, could the issue of the alleged fraud, lies and impersonation by our Ex-VP have been delayed until we were free of our deadly EBOLA? What was the urgency here? Or was the EVD too much of a distraction for EBK?

So in my country today, our constitutional and legal connoisseurs are engaged in one of the most constitutional quagmires that we have ever faced. A lot of anger has been generated from what some people see as a barefaced desecration of our sacred constitution. While some have shown a tendency to take the constitution loosely and the Bible literally, the hope is you would remember that “our greatest threat to our constitution is our ignorance of it”.  Opinions on the current political tornado in my country remain so partisan, that our hard fought peace, our inter-tribal and religious tolerance are pulling at the seams.

Many are finding any reason and every reason under the sun to align themselves to a particular persuasion or other. As individuals, political parties, groups and leaders pitch their loyalty tents across our political landscape, it is worth remembering that “loyalty is a fine quality, but in excess it fills political graveyards”. For obvious reasons, the last thing we want is another riot, civil war or otherwise. God forbid. But since we know that politics in Africa deceptively starts with a soapbox, then a ballot box, and sadly but unashamedly with a cartridge box, the hope is that the rule of law, which many see as being adulterated will triumph desirably peacefully. The right to freedom of expression, and the right a peaceful assembly or protest is an enshrined right for us all. However, “justice cannot be attained by violence; because violence kills exactly what it intends to create” (Pope John Paul II).

Barely 18 months ago, my President was the best thing that ever happened to Sierra Leone since Alosak bread. My president was the Messiah, World Best, The man of the People, the Man that would lead us from the doldrums of poverty and right into the bliss of prosperity. To achieve this, he had embarked on the “Agenda for Change”; a prescription that was to be dispensed as a regular medication. He set up institutions to facilitate attitudinal change; one of the bitterest pills we needed to swallow in order to get to the Promised Land. He promised to run my country like a business enterprise, with the aim to utilise all the abundant resources that we have been blessed with. The aim was that the benefits will trickle right down to the least man in the farthest Tengbeh Fakai. My president utilised his executive might to enshrine the powers of the Anti-Corruption Commission into law. Like all sierra Leoneans, he quickly realised that if we were to get to the Promised Land, we needed to tackle our perennial disease of Corruption head on.

My president Dr. Ernest Bai Koroma promised us that he will promote, protect, uphold and defend our constitution when he took the oath of office; not once but twice. That is because, you and I gave him our vote of confidence through the ballot box. By so doing, we gave him a mandate by the majority, to lead and govern by the rule of law. It is these guiding principles that earned him the admiration and accolade as one of the rarest breeds in African politics. My President has been seen in some quarters as an endangered species; a sitting African President without any political prisoners behind bars. Under his leadership, we have seen how his respect for the freedom of speech had flourished; to a point that some undesirables misused such liberty. Just last week, my president called for “professional and unbiased journalism in the media landscape of Sierra Leone whilst receiving a commendation letter from Reuter’s stringer Christo Johnson.

In the Bulawayo Daily edition of the 17th July 2008, Robert Mugabe was quoted to have lashed out at my president that “the president of Sierra Leone’s unprovoked attack on me (Mugabe) was unnecessary….” In a fit of delusion, Mugabe referred to my president as the “cocaine president”, questioning “which self-respecting African President will allow a plane load of cocaine in his country….?.  Mugabe further reportedly threw down the gauntlet and challenged “any African leader that was elected into office democratically without rigging, to come into the open”. In effect, he was asking for anyone to cast the first stone.

So while most political heavy weights on the continent  like Thabo Mbeki, Jacob Zuma and others were busy pussy footing and massaging Mugabe’s ego, it was my president, Ernest Bai Koroma who put his head above the parapet and asked for a re-run of the election that was universally condemned as “stolen” in far flung Zimbabwe. His position on the continent’s political landscape was not just limited to the sub region. As closer as it can get to home, it was my President Dr. Ernest Bai Koroma, who grabbed the mantle and beacon of hope with both hands and showed the way forward to all those aspiring politicians and the youths of today, by playing a pivotal role in trying to persuade Laurent Gbagbo of Cote D’Ivoire, to accept the will of the people and save his country from further bloodshed. It might seem preposterous to liken my President to the legendary Nelson Mandela at the time; but to have seen him as a likely disciple of the late man’s vision would not have been a far-fetched assertion.

With the ongoing Constitutional Review in situ, the least our country deserves is a sincere and steadfast co-operation in promoting a reconstruction of our political system that would provide for the permanent liberty and happiness our people. Many would be tempted to see this as a coward’s way out. Some would prefer violence as the political highway or road map to restore what they see as a desecration of our constitution.  Many people are up in arms (excuse the pun) because of what they see as an unjust abuse of power. There has never been a stronger need for a symbiosis of justice and power. We need to bring the two together; so that whatever is just may be powerful, and whatever is powerful may be just. So as we try to rid the nation of this political wet dream, it is worth remembering the political machine triumphs because it is a united minority acting against a divided majority.

So where is my President? Where is my president who on 5th August 2003, called for “the extra-judicial killings by the NPRC in December 1992 of Inspector General of Police James Bambay Kamara, Col Yayah Kanu, Kawutu Dumbuya and others be thoroughly investigated”? Where is my President, whom we first elected in 2007 on a promise to counter corruption and the mismanagement of our state resources? In his New Year message about the Ebola, he rightly said that “there are some people, from all regions, professions, and age groups, who want to use this moment to make money, to score political points, or to cause mischief and disaffection in the land”.

So where is my President who in his 2015 New Year Message to the nation said, “The focus now is on defeating the virus? This is not a time for politics; it is time for healing”? Bring back my President, who promised zero tolerance on corruption, increase GDP per capita, reduce poverty and increase jobs, and provide electricity not only in the urban areas, but to all parts of Sierra Leone. Where is my President who said on his re-election, that “the goodwill of the country requires membership of all political parties”? So what will be my President’s legacy to posterity?  Don’t tell me it is constitutional hangover. Where is de Salone messiah way God don send for we? Or is it a question of Ampa anpon?