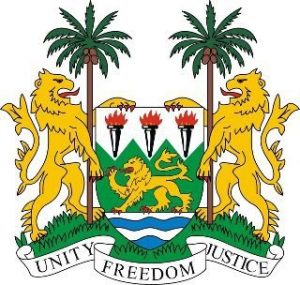 Friday, the 15th of February, 2013, witnessed the gathering of Sierra Leone nationals living in the Kingdom of Saudi Arabia at the Chancery of the Sierra Leone Embassy in Riyadh to offer yet another session of supplications for the late Head of Chancery.

Mr. Ibrahim S. Yilla died in a Riyadh hospital after a brief illness on Saturday, 10th November, 2012. Although the Sierra Leone community in Saudi Arabia, led by the collaborative efforts of the Sierra Leone Embassy and the Sierra Leone National’s Union, had earlier played a significant role in the funeral arrangements that culminated in the repatriation of the late career-diplomat’s body to Sierra Leone and the eventual burial at his home town of Kambia, this time however, the presence of Ambassador Wusu B. Munu and the new Head of Chancery, Mr. Umaru Dura – both of whom had just jet in from Sierra Leone – as well as that of the late man’s wife, Mrs. Jeneba Yilla and other family members, added more weight and clout to the huge attendance.

Giving a eulogy of the late Ibrahim Yilla, His Excellency the Ambassador was on one occasion interrupted by a flow of tears as he recounted the last communication he had with the late man. He went further to introduce the wife and brother of the late man, Mrs. Yilla and Dr Sorie Yilla respectively.

On behalf of the Embassy staff, the Ambassador specifically thanked the President of the Sierra Leone National’s Union, Osman Kargbo and the entire Sierra Leone community in the Kingdom of Saudi Arabia for the vital support of nationalism rendered during his absence.

Speaking on behalf of the family, the brother of the deceased, Dr. Yilla commended the efforts of the Embassy staff and the entire Sierra Leone community in Saudi Arabia for the immense cooperation and the solidarity manifested during such a trying times.

The gathering also presented a perfect opportunity for Ambassador Munu to introduce the new officers who had arrived to replace out-going ones, namely: The Head of Chancery, Mr. Umaru Dura. First Secretary, Salamu Koroma, and Third Secretary, Sulaiman Tunkara,

In his response, Mr. Dura pledged an open-door policy to address all concerns of Sierra Leoneans living in this part of the world and went on to admonish Sierra Leoneans to project the image of their country and be law-abiding at all times.

The President of Sierra Leone Nationals Union, Mr. Osman Kargbo, former presidents, Messrs. Ibrahim Sillah, Unisa Kanu and Ibrahim Koi Dowui, all gave brief speeches buttressing the need for solidarity and cooperation amongst nationals and a continuous collaboration with the Ambassador and the Embassy staff for the welfare of the nationals.

Opening prayers, Islamic supplications for the deceased diplomat and closing prayers were done by members of the Da’wah Committee including Sheik Marouf Sesay and Sheik Baila Bah, who rounded up the evening's event with a sermon that dwelt on the significance of saving for the Hereafter. The vote of thanks was given by Mr. Hamid Tunkara, a high-profiled, respectable member within the rank and file of the elderly council.

The meeting was brought to an end with closing prayers.

Editor's note: The author is a former President of the SLNU in Saudi Arabia