“I will retire peacefully to my village in Bombali, eat my native fish, cassava or rice every morning whilst relaxing under the trees”. The President of Sierra Leone, Dr. Ernest Bai Koroma was reported as making these remarks in an interview, following the TICAD V conference in Japan. 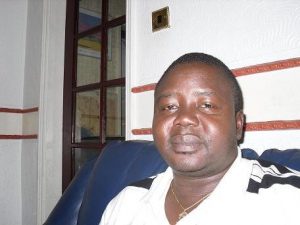 These words may sound immortal to many, but they are glaringly contradictory to what has been bandied around . Gossip merchants have been on overdrive recently; that the President would likely seek a 3rd. Term. From all indications, this may sound like music to the ears of some people; especially party stalwarts and supporters. But political vendors would see this as “spin doctoring”; a ploy that was designed to check the political pulse of the average Sierra Leonean. Toying with the idea of a 3rd. Term has generated a lot of diverse opinions along the political landscape.

In his most recent interview, the president gave a broad view of what many would see as his “ambitious” plan for the country. According to him, the development projects “ include the construction of the two cities at Lungi and Mamamah respectively; the new International Airport at Mamamah; the Bridge from Lungi to Freetown; the Hill Cut Ring road; the electrification of solar street lights in all regional, district and chiefdom headquarter towns, to name but a few”.  Judging by the country's resources and potential, this is small change in terms. But there were others before him, who never even entertained such thoughts.

While some, especially his detractors may see such BOLD statements as utopian, the mere mention of such could be seen as well meaning. And it is such thought processes that have endeared him to presumably many Sierra Leoneans. It is therefore not surprising that dent to his supporters, anything the President touches turns to gold. What gives credence to such a perception is borne out of the fact that, in comparison to those that have gone before him, from Bandalay, Momoh, et al, Ernest has demonstrated a clear and genuine desire to “do something good for Sierra Leone”. I am not talking about electricity in Freetown.

Against this background, there are many who would like Ernest to do a Mugabe. Unfortunately for his well wishers, the implications of such wishful thinking carry serious constitutional baggage. I must apologize for being politically bankrupt, but according to our constitution, my layman’s understanding is that, one cannot serve more than two terms as President. But again, some will say that constitutions are written by people and like laws, “they are meant to be broken”. But if you ask me, I know no safe depository of the ultimate powers of the society but the people themselves; and if we think them not enlightened enough to exercise their control with a wholesome discretion, the remedy is not to take it from them but to inform their discretion by education. This is the true corrective of abuses of Constitutional power.”

The strength of any constitution lies entirely in the determination of each citizen to defend it; and it is only if every single citizen feels duty bound to do his share in this defence are the constitutional rights secure. Failure to do so will make our constitution the ultimate tyranny. In some countries, the constitution has been used as social power mobilised with no conscience. It has been used by especially African leaders to crush the highest and the lowest; thereby removing all dignity and individuality from its purveyors. “There is always an unstable balance point with no limitations with constitutions” (F. Herbert).

Unlike other African countries, Sierra Leone is one of the few countries to have graduated from a period of interregnum and organised barbarism to constitutional democracy. We know that constitutional democracy is no romantic notion. But it’s our defence against us, the one enemy which might defeat us. As a nation, we must strive against the temptation to interfere with anything in the constitution; for it is the only safeguard of our liberties.

In as much as many would rather have the President for life, in view of his real and perceived achievements, it is the principle of toying with this safeguard that seems to generate a rancid taste in some political circles. When the idea of a 3rd. term was floated on the political exchange market, you could be forgiven to conclude that it was meant to gauge the political temperature. Denials and counter denials have been exchanged at the going market rate. It took a suspiciously longer time to refute the idea from the higher political bracket, hence giving credence to the notion that readings from the political barometers were still being correlated. Judging from a broad spectrum, (no surveys undertaken), it won’t be far from the truth to conclude that the idea is a no brainer.

It will be very difficult not to acknowledge the developmental strides taken by the present government. Equally, it will be deceptive to conclude that it was all down to one man. Nevertheless, the vision, the direction, the mission and political muscle required to bring such dreams to fruition, can be safely attributed to the president, wholesale. It is safe to conclude that what has been achieved during his first five year term puts the achievements, if any, by his predecessors in the shade. I do not subscribe to the blind notion that whatever the president touches turns into gold; but he deserves much credit for the distance he has covered. This is where some people find themselves in a dilemma; pragmatism vs principle. Some will say that a 3rd term is pragmatic but unconstitutional. Some may prefer results to principles.