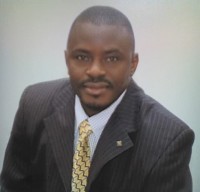 I hate writing tributes as I don’t believe in praising people when they are dead but when they are alive. It is an inner feeling that has resonated throughout my entire life. However, I am writing this piece not for the late president of Sierra Leone, Tejan Kabbah, but for upcoming generation of leaders to know the worth of ruling a nation and the concept of living a legacy. I met  late President Kabbah  on  four  occasions of his presidency; firstly, when he shook my hand and looked me in my nervous eyes at my two  convocation ceremonies  ( both graduate and post-graduate) at the Fourah Bay College Amphi- theatre  and said: “ Congratulations, my son,”, the second was when I was President of Bombali District Students Association National (BODSA) and the last was when he visited me in one of his innovative  created institutions, Office of National Security at State House. Of all the encounters, a striking semblance of story runs through these activities.

Today, the people of Sierra Leone recall a shared trauma that can be felt both on political and personal levels. This event has silenced a princely president who had inspired a divided nation with soaring speeches and political appointments. This somber ceremony will attract people who will attest to  Pa  Kabbah’s love for his country, his love for his fellow men, and his unshaken confidence in the belief that Sierra Leone will rise from the ashes of war to the gem of Africa.

Of my encounters with President Kabbah, two stood out prominently. It was just after the president had signed the Lome Peace Accord with the Revolutionary United Front in Togo amidst the consternation and angst among his political party and some sections of the Sierra Leonean populace. The decision was tough, considering the atrocities committed against the innocent civilians by the rebels. Some of his own party members almost deserted him for this action. He stood firm, looked beyond partisan politics and thought of the unborn generations that would benefit from a tranquil state of affairs in the country.

The country was tense, the mistrust between students of the north and south was simmering on campus and the growing trend of being branded a collaborator was gathering pace by the moment. We (the students) had been invited by the then Transport Minister in the SLPP government, Dr.Prince Harding to visit the president at State Lodge . In other words, it was a visit of  allegiance to the president as the notion of some northerners supporting Foday Sankoh was being disseminated by ill-motivated politicians and some sections of the press. We arrived at the lodge on time and in less than five minutes,  Dr.Prince Harding introduced the delegation to the president. After normal courtesies at president’s meeting, I was called upon to deliver a statement on behalf of the student family. For me, I was not talking to President Kabbah from a student point of view but as a conduit to express the hopes and aspirations of the people of Sierra Leone.  It was an ideal  time to tell the president the benefits of leaving a legacy as a leader. It was time to tell the president that with his experience at the United Nations, the people expect him to be the ‘Moses ‘ that would take us to the ‘Promised Land’.  As I stood to deliver my speech, I reminded the president of these words, “monumental marble may crumble into dust, bronze may melt away, granite may perish from the earth, but the memory of his presidency shall live in human bosoms, and be perpetuated on the living pages of history as long as the country exist on earth”. As I rounded up my speech, I looked at President Kabbah in his eyes and said these words; “There is a difference between a politician and a statesman, while a politician thinks of elections, a statesman thinks of generations  yet unborn.” Sir, I want you to be a statesman and not a politician, I said. After listening attentively to  the speech, Pa Kabbah requested for my speech so he will go through it in his quiet moment. The meeting ended with photos taken and jokes shared amongst the students. It was indeed a memorable trip that continues to linger in my memory bank for years to come.

The second encounter with president Kabbah was at State House where I was working in the Office of National Security. This was one of his legacies as new institutions like the Anti-Corruption Commission, the NASSIT, and many more were his handiwork. My immediate boss, Abdulai Mustapha and Rtd Brigadier Kellie Conteh wanted to abreast the president about the new security mechanisms put in place to curb instability in the country and secondly, to personally meet the crop of dedicated and committed staff members. As usual, we were well dressed, tailored to articulate the mission statement and the efficacies of coordinating with other intelligence agencies in a post-conflict country. As president Kabbah shook hands with members of staff, he showed his fatherly smile and with affable disposition, he stopped and shook my hands with his both hands and said, “Ibrahim, I hope my legacy will be one of a statesman and not a politician”. I smiled proudly and said, so u still read my speech? And he said, oh yes I do. It was touching for me, for him to personally recall my name and remind me of my speech which he still has is a testament of a meticulous person.

Pa Kabbah was unlike any other man. He seemed to be born to fill the very office he occupied for the two interrupted terms of his life, that he alone could have carried the country safely through the awful perils that beset it while he filled the responsible and dangerous position of a president. Pa Kabbah’s heart was pure as snow flake from above. His disposition was genial as a bright May morning and has a temper that could hardly be ruffled by the most untoward circumstances, with a soul absolutely beaming through the eyes, with an affection that captivated every one, he was possessed of a firmness of purpose, in his determination to do right, and that could not be overcome. He was bemused at the manner in which some people in the country bear grudge against each  other. He famously called on Sierra Leoneans to abandon the ‘bad hart’ policy and embrace comradeship in the country.

Even the language used by Pa Kabbah was peculiar to him as was any other peculiarity of his nature- terse, frank, plain, and simple as the man himself. In the spirited canvases between him and Foday Sankoh, he so conducted his part in the controversial disarmament, as to convince his belligerent and half-baked competitor that he had “a true spirit of leadership” in him. It was this quality that the people of the country bestowed upon him and always called him, PA KABBAH. There was probably no better indication of the love of the people-the real genuine affection of the masses for him.

Do you know the old adage that says’ “you don’t speak evil of the dead”? Well, we as human beings will never judge the late Pa but wish his soul the best in Heaven. In his political journey, he made mistakes and hurt some sections of the populace but ,as human beings, we always err.

Pa Kabbah behaved as a statesman even after retirement. As seen in other countries like Ghana where former president Jerry Rawlings, Kenneth Kaunda still poke their noses in the politics of the day, Pa Kabbah remained quiet throughout his retirement days . He never criticized nor even made defensive statements about his legacy. He allowed history to judge him.

The past week has been a sad one to the whole nation. It has been particularly sad for the Sierra Leone Peoples Party; for here the unparalled atrocity that deprived a people of a President whom they dearly loved and almost worshipped when he entered politics.

To my fellow citizens of this great nation, let the politicians of our times, in times of trouble, gather around and acquire inspiration by calling to mind the firmness, patience, and fidelity, zeal to bring peace and nobleness of a character of him and whom it represents. To the younger generation, we should gather and recall the virtue, sobriety, modesty and uprightness of life and purpose of this great man.

We should all bear in mind and ever profit by the remembrance of how Pa Kabbah placed all his trust in God, and implored His blessing upon every act of his exemplary life.

Pa Kabbah, you are gone for good  but your legacy of bringing peace to a country that was on the brink of extinction will forever be present in the minds of the people of this country.

We love you but God loves you best. Rest  In  Peace