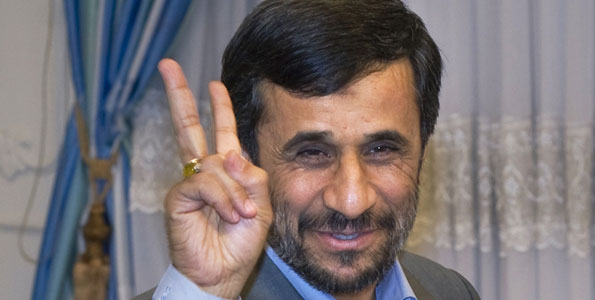 Iran is planning to attack US armed forces stationed in Germany in the event of a US attack on the Islamic Republic's nuclear facilities, German daily Bild reported on Thursday.

According to the report, German authorities are investigating a German businessman suspected of espionage with intent to sabotage who they believe is in contact with the Iranian Embassy in Berlin.

The report came amid diplomatic tensions between Germany and Iran in the aftermath of the storming of the British Embassy compound in Tehran earlier this week.

Germany’s Foreign Ministry summoned Iran’s Ambassador Ali Reza Seikh Attar for a warning because of the violation of diplomatic protocol and international law. According to a statement on the website of the German Foreign Ministry: “Guido Westerwelle condemned sharply the storming of the British Embassy in Tehran on November 29.

“Germany stands on the side of Great Britain and is not prepared to accept these types of attacks. Iran has the obligation to protect international institutions. The Iranian Ambassador in Berlin was summoned because of the attack to the Foreign Ministry.”

Germany has also reduced its diplomatic staff in Tehran after the assault on the embassy.