When the wrong individuals are designated with the right titles every unimaginable thing becomes imaginable.  This has become order of the day in post conflict Sierra Leone as unpatriotic individuals who are designated with patriotic titles are bent on discouraging well-meaning personalities and institutions whose only interest is to help mitigate the prevailing ugly socioeconomic situation faced by poor citizens. I have personally experienced such over the years and so do many others.

It must be noted that the country is donor driven with a very ugly performance in all aspects of human development indicators:  ranked 179 among 188 countries in UNDP’s global human development index; more than 60% lives bellow the global poverty line of 1.5$ per day; only 2.5% of the 6.5 million population have access to internet and electricity; their life expectancy plays between 49 and 51 years; more than 75% of the youth are jobless; about 1,360 deaths/100,000 live births; only 48% of the entire population can read/write English or Arabic; yet, most of those holding responsible positions in such a desperate country continue to exercise arrogance, nonchalant and lacklustre attitudes in their so-called offices. Perhaps this is because their understanding about global socioeconomic development is only limited between Sierra Leone, Guinea and Liberia.

While few philanthropic and patriotic citizens living at the diaspora are working tirelessly to attract desperately needed funds and services from the western world for the benefit of poor vulnerable people whose very survival chiefly depended on such funds and services, those arrogant, egoistic and unpatriotic compatriots always try to blockade the process using their unattractive and less-envied titles. Just because they are unpatriotic and therefore have no interest in changing our current abysmal situation; they have no philanthropic and humanitarian feeing for other compatriots; they have some fealty four corner rooms which they consider as offices where they receive their daily breads, they think everything is alright with everyone and no one can be sincerely patriotic enough to try and effect any changes – no matter how many thousands of others are suffering.

I have experienced such in many quarters over the years while working relentlessly to effect positive social changes in our broken society, but the most recent one which has thrown an excruciating pain down my spine and the only way I could fight back is to bring it to public domain, is the way and manner the vice principle of Albert Academy Secondary School in Freetown has treated Mr James Fallah-Williams, Programme Director for Practical Tools Initiative (PTI), another philanthropic initiative based in England and working restlessly to enhance education in post conflict Sierra Leone. Here is a letter of complaint written by Mr Fallah-Williams to the Principle of the school, which speaks for itself:

I am writing to inform you that your school stands to lose thousands of dollars’ worth of educational resources from Practical Tools Initiative, Sierra Leone’s largest independent educational support services provider, after the school’s SS Vice Principal rudely waved off donors from his office. 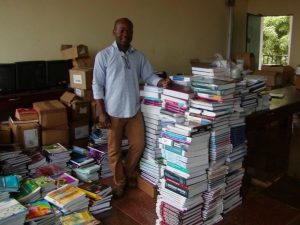 
As international director for Practical Tools Initiative, I was on a working visit to Freetown in early November when I took our Western Area Coordinator, Mr Mamson Musa, and two volunteers to help offload books from our vehicle for The Albert Academy on Thursday the 9th. Though you were not in the office at the time, the school’s heaboy took us to the vice principal’s office.

I knocked at his door and was asked to come in. Having greeted the three people in the office, I asked if I could see the vice principal.

‘What do you want?!’ A very belligerent voice came in response. Before I could answer, we were shown the door with a wagging hand! ‘Go and wait outside!’ A man in dark glasses sitting at a desk in a lightless corner behind the door yelled at me and my colleague. We walked out and waited until someone asked us to go in again. ‘What do you want?!’ The vice principal charged again in a very hostile tone.

At this point, I could no longer restrain my thought. ‘Excuse me sir, it is extremely rude to yell at people like you have just done! There is no courtesy here, and it is impolite’.

I said. ‘Don’t tell me about courtesy!’ He replied in anger.

‘I must. And you should apologize for being this pretentiously ignorant.’ ‘You don’t know me, and I don’t know you!’ He continued to be aggressive.

‘Sure, please let me introduce myself, and then explain to you why I am here.’ I said. ‘No, I am not interested!’ He replied.

I laid my business card on the desk in front of him and left the office. We got in the vehicle and returned to our depot with the 600 new textbooks that would have been the first delivery of a lot more to come. I was left deeply bemused; anyone with a civil speck would have said, ‘Excuse me gentlemen; how may I help you?’ or ‘Please take a seat and  I  will  be  with  you  in  a moment.’ without ado. 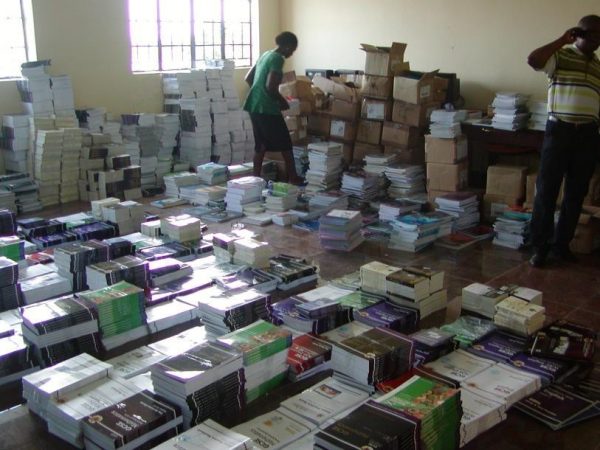 Volunteers arranging books to be delivered to schools in Freetown

But there was a grotesque lack of common etiquette, which, from someone with considerable responsibility for young people, is profoundly disturbing – what is he teaching his students?! If you behave like a gangster, your students will do likewise. The Albert Academy is my alma-mater, and I was deeply ashamed. It is absolutely disgraceful when people with overwhelming leadership responsibilities, especially in academic settings, behave like total scum.

We have now decided to withhold the educational resources from the school until the vice principal sends an apology for his bad behaviour.

The Albert Academy is one of 20 schools in the Western Area we were aiming to support in the next three years with high-value educational resources. We have already delivered to four schools including The Prince of Wales, Vine Memorial, Methodist Girls High School, and Methodist Boys High School in three days during the period I was there, after having a meeting with representatives from the five schools.

We are already working with twenty schools in Eastern Sierra Leone providing leading textbooks, science lab equipment, and sport kits. It is part of our 100 schools plan in five years across the country, with total educational resources valued at well over half a million dollars. 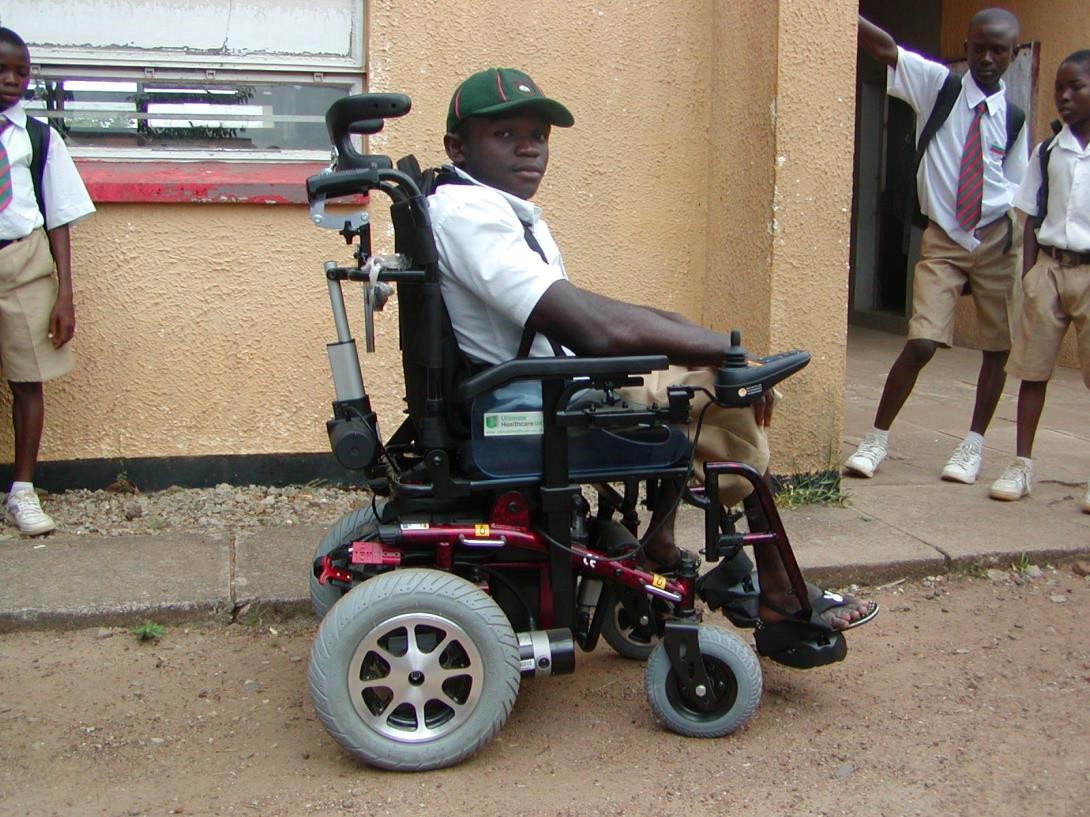 Electric wheelchair for a student at K-School

In K-School in Kenema, for example, we did not just look at educational support services, we reached out to disabled students, providing appropriate mobility aids.

Unfortunately, your SS vice principal’s behaviour is a reflection of how educational standards have fallen in Sierra Leone. When I attended The Albert Academy in the early 1990s, Mr. Albert Kawa, who was the then vice principal, never behaved like that. He never wore dark glasses and sat in a lightless corner of his office like a piratic gangster, and asked if people didn’t know who he was. On the contrary; Kawa was a highly educated, good-mannered and disciplined man who pushed his students to the limit. And he was respected for it. 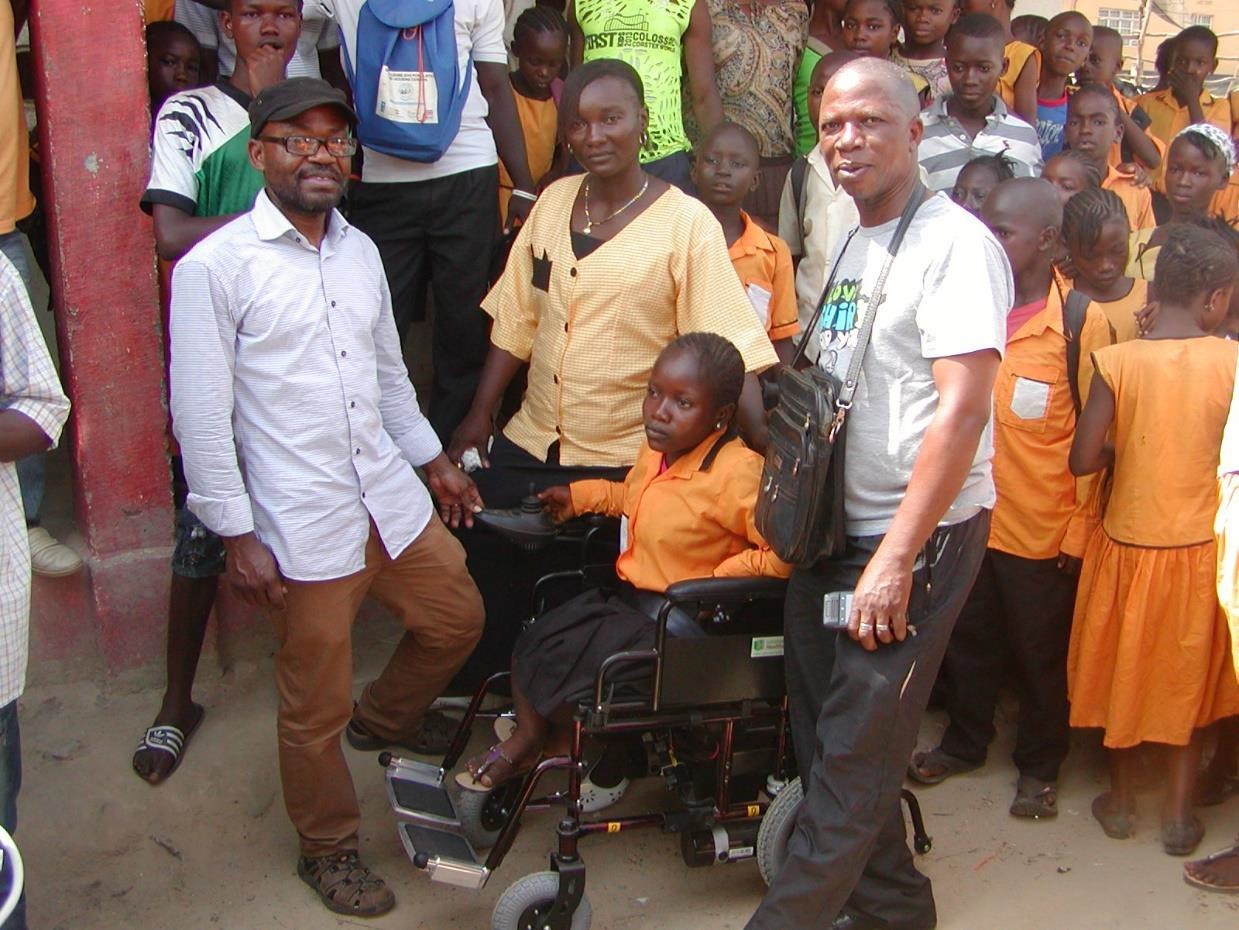 Electric wheelchair for a primary school girl in Kenema.

It was absolutely mortifying to go back to my old school and be greeted with such discourtesy. His attitude is likely to deprive the entire school of the opportunity of having access to good- quality educational resources that are so lacking in the country. It takes a lot of hard work, money and time to get these resources to schools.

I thank you so much for your time.