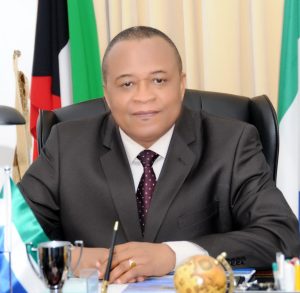 The issue of maltreatment of Sierra Leonean House maids in the State of Kuwait is a subject that has been circulating over the social media for some time now and the conditions reported by the House Maids themselves have been a source of serious concern not only to their relatives and friends at home and abroad but more so to the Government of the Republic of Sierra Leone and the Government of the State of Kuwait.

There is a lot of misconception and perhaps misunderstanding of the maid issue to the extent that blame and aspersions are being cast on the Government for not doing anything to rescue their nationals in spite of the ill treatment and poor conditions purported to be prevailing in the facilities provided by the authorities in Kuwait which some Sierra Leonean residents in Kuwait have described as “untrue and unfair” to the Kuwaitis.

The Sierra Leone Embassy in the Gulf State of Kuwait headed by His Excellency Ambassador Ibrahim Bakarr Kamara has deemed it necessary to clear the air again – an action that had been done by the Embassy several times – to make his Mission’s position clear in relation to what some people believe is a “smearing campaign” going on by exponents or individuals with some dastardly ulterior motives.

Speaking on the telephone line from Kuwait City last night, the soft – spoken Ambassador said the Government of Kuwait needs to be commended for the tremendous effort they have been making over the past several months by creating facilities to handle the many problems and reports that have been pouring into the media of abuse and mistreatment.

“In addition to some of the facilities, there is a shelter that has been created with 700 beds that is fully supported by the Government of Kuwait. This facility was created to temporarily accommodate absconded housemaids of all nationalities that had problems with their sponsors until arrangements were completed for their repatriation back home,” Envoy Kamara said on the phone. 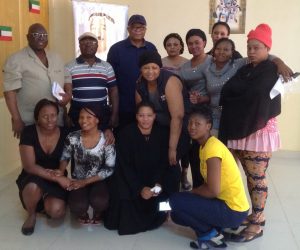 At the shelter, he added, provision was made for feeding, lodging and medical services. “Recreation and Counseling services were also provided in collaboration with other partners.”

He further said that: “It was more or less a means of keeping them out of the streets from engaging in immoral acts and for easy access by the resident Missions, government authorities, and international partners, to help provide support services to those that were victims of human trafficking.”

The move by the Kuwaiti Government, the Ambassador said, further helped to save many of the absconded house maids with an illegal status in the country from being arrested by the police in raids that were conducted on a daily basis to keep in check security threats in the country.

In spite of all this support, Ambassador Kamara observed that the gullible public is unaware that the Government of Kuwait has been working with the Embassies concerned, international organizations including the International Migration Office (IOM) and other charitable organizations to support their efforts and improve on some of the appalling conditions the maids have reported to be facing in the homes of their sponsors and at the various centers.

“They are also often unaware of the systems and procedures that have been put in place in the State of Kuwait which are so structured that every case involving a house maid has to be dealt with according to laid down rules and procedures with specific time lines involved in the processing of documents required before they could make their final exit whether by repatriation or deportation depending on the type of case in the file,” the Ambassador pointed out. 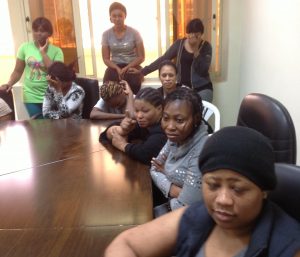 In view of these constant reports that have been coming in through various voice messages posted on the social media by some of these house maids, the Head of Mission said it became a source of serious concern not only among their parents but even government officials and the international community at large. He furthered that a number of positive actions have been taken by the Government back home and the Embassy in collaboration with the Government of Kuwait and other international partners. These include:

With the above background and measures being taken by the Government of Kuwait and the relevant partners including the UN and other charitable organizations, Ambassador Kamara said, the problems and challenges being posed will soon become a thing of the past and the Mission will have more time to concentrate and focus on developmental issues for the benefit of the governments and people’s of both nations.

In conclusion, the Mission in Kuwait is therefore advising that there is a lot to gain in the relationship between Sierra Leone and the State of Kuwait and therefore the media must endeavour to get the facts of what is obtaining on the ground before publishing stories that are negative and may be harmful to the relations with our partners.

On his part, the newly arrived Minister Counsellor/Head of Chancery, Duwai Lungay said the doors of the Embassy and the Foreign Ministries of both countries are always open for accurate information to be given on the issue of the housemaids.

Meanwhile, the Embassy in collaboration with the Government of Kuwait, further repatriated (20) Sierra Leonean House Maids in batches of three on 14th March, 12th May and 18th May 2016 to Freetown. They all arrived safely on Royal Air Maroc and have reunited with their families.