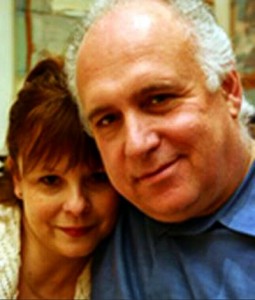 I am attaching the first letter we sent to President Koroma on 8/29/2010 begging him to personally bring our case to you because of your refusal to respond to us.  We sent it to you almost three years after I stood in your office during your inauguration festivities where you told me “give me six months, Mark and I can do anything I want in this country.”  Little did I realize the extent of what you really could do in your country.  Evidently it included stealing from and defrauding American and other foreign investors, but worst of all, misrepresenting yourself as a self-made business man, son of Sierra Leone, who would rather line his own pockets with millions of dollars than use legitimate foreign investments to increase the standard of living for his own people.

They say you can judge a man’s character by the way he treats those who cannot help him in return…the children, the elderly, the sick and infirmed, the impoverished and uneducated.  Well it is blatantly obvious that you, my friend, have an extremely flawed character.  You could care less about your own people…you live in a palatial mansion and let them die of cholera and hunger in the streets below.  Sierra Leone is one of the poorest countries in the world and yet you have done nothing to help alleviate that poverty.  It is bad enough you duped Dave, myself and Ed Sandridge into believing your lies…but to trick the people of Sierra Leone into electing you as a man of honor is shameful.

Where did all the money go Sam…how many Swiss bank accounts do you have?  How much money do you really need?  Does your greed know no bounds?  Do you shut your eyes and ears to the cries of mothers who have lost a child to illness or hunger?  Are you shut away like the King in his counting house…counting all his money?  Where is the decency?  The humanity?

We know the amount you stole from Dave (at least 1.7 million USD) and Ed Sandridge (15 – 17 million USD) and we are sure that is just a drop in the bucket.  You convinced Ed Sandridge to invest in phony timber leases knowing full well that the law would not allow his company to harvest the timber.  And you don’t even care for the land or the environment…because even after some of the timber was cut, you did not allow his company to take is out of the country but rather left it to rot…what a waste.  Even if you weren’t going to give it to Mr. Sandridge, you could have taken the timber and built something with it…like a school or a community center or clinic….anything.  But doing that would require a conscience…something sorely lacking in a criminal mind.  And where are the millions of dollars in heavy equipment from United Diamond Mining and Taakor Tropical Hardwood?

We wanted to give you the benefit of the doubt at first because maybe circumstances compelled you to run for Vice President, maybe you just didn’t realize what you had done and that you had the intention to make things right.   But after the election, it became alarmingly clear that you knew exactly what you were doing when you knowingly lied to and defrauded Mr. Sandridge by selling him leases that either didn’t exist or were not legally allowed to be harvested.  We can only guess how many times you “sold the Brooklyn Bridge” to unwitting investors.  You lined us all up and sold us out.  And worst of all you sold out your people, your country and even your own family.

If Mr. Koroma is as smart a man as some people profess, then he will get as far away from you as he can.  Your legacy will be the record of a man of promise whose cocky arrogance, over-inflated ego and consummate greed, has led him to become “the no-good thieving dog of Sierra Leone” and I am sure the President knows the old saying “he who lies down with dogs…gets up with fleas”.

When you are no longer the Vice President and you are hanging your head in shame…where will you go?  Your own people won’t want you.  And we are doing everything in our power to make sure you will be blacklisted in both the United States (including Canada) and Europe.  You will be a man without a country…a persona non grata.  Both Mr. Sandridge and Dave and I have U.S. Senators working on our behalf to make sure you will not be allowed back into the U.S.  It is in our plan to visit soon and we will be happy to come to Sierra Leone in late October with some U.S. Government officials to discuss your situation and the pending election.

If by chance, the people of Sierra Leone are still willing to buy your “big shot” act and re-elect you as Vice President, then you will be free to continue cheating them out of a chance for a better life, while insuring your own well-being.  God help you Sam Sumana…for you will surely be the loneliest man in the world with only your money for company.

P.S.  Louis…please call me…I want to make sure you are well.

P.P.S.  If anyone out there knows of a paper in Sierra Leone that is non-partisan and would accept an article or advertisement from us, please contact us asap @ 612-802-9686.  A young reporter from Barron’s financial magazine has contacted us to be part of his story on corruption and money laundering in your country.

P.P.P.S.  There will be a forthcoming statement from Mr. Kloeber next week, regarding the “letter” that Mr. Sam Sumana claimed at his press conference had been sent to him by Mr. Kloeber.

The following is the letter dated August 29, 2010, referred to in the letter above:

To:  His Excellency, President Koroma

We have been attempting to negotiate a friendly way to resolve the matter of Vice President Samuel Sam-Sumana’s debt to United Diamond Mining Co. (a Minnesota Corporation) and to its owners, Dave Kloeber and Mark Heiligman.  We have corresponded numerous times with less than an adequate response; many times with no return call or action of any kind.  We have cautioned the Vice President that a swift response and satisfaction of our claims is necessary to avoid legal action, which once initiated will elevate this matter into the public record.

You should know that we have retained renowned Minneapolis-based criminal and civil attorney, Mr. Ron Meshbesher, and upon his advice, this will be our last correspondence to you regarding this matter before initiating a lawsuit.  The suit will demand the repayment of  $450,000 USD for the heavy equipment sent to Sierra Leone for mining.  The original cost of this equipment is fully documented as $750,000 USD for which we have allowed for some depreciation.  The suit will also ask for repayment of $300,000 USD to Mr. Dave Kloeber for containers of clothing sent to Sierra Leone for sale at the request of Mr. Sam-Sumana (also fully documented); and $34,000 USD for the money sent to Vice President Sam-Sumana to help fund the run-off election to which you both owe your positions.  This transaction is also documented.

On a personal note, the man we once considered our friend and trusted “partner” is now just a thief to us.  While we realize that our justice system does not pertain to you as citizens of Sierra Leone, we must only hope that your sense of justice might lead us to an amicable conclusion before it becomes a matter of record.  The choice is yours and we eagerly await your timely response within eight business days of the receipt of this letter.  No response by you will be seen as an acceptance of the lawsuit’s immediate initiation.

Thank you for your time and attention to this matter.