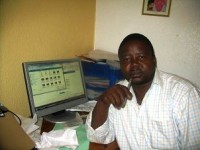 Abdulai Mansaray, AuthorSam Hinga Norman, son of the late former Defence Minister and strongman of the opposition Sierra Leone People’s Party (SLPP), switched a lifetime of allegiance to the All People’s Congress party (APC) last week. This is one of the latest twists that has been played out on the political landscape of our country. He made his declaration last Tuesday in London where he gave his reasons for the defection, stating that he is “convinced that the APC holds the future for Sierra Leone because they are the only party that will ensure peace and prosperity in our country” ( Awareness Times). In response to his declaration, the Vice president  Victor Foh described the defection as “ a big catch”, and that “as a political party, we believe Chief Sam Hinga Norma was a hero who served his people well and deserve (deserves-sic) not to have gone the way he did”. He went on to say that “we are a party of the people and for the people”. That may sound like an admission on the part of the Vice President, for what many saw as a shabby treatment for “a hero”. But others will see it as justice being served.

By any standard, these are bold statements that may just give an inkling of things to come; as the election wagons roll into situ. The irony is that when the late SLPP leader, late Tejan Ahmed Kabba fled the country to Guinea during the insurrection, it was the Kamajors who were credited with restoring the late Tejan Kabba to power and  with that, some sense of semblance of democracy to our country. Under the leadership of the late Kabba, many saw the incarceration of Hinga Norma senior as a betrayal by the SLPP; even though it was the Special court of Arbitration that presided over the legal proceedings. It was seen by many as the SLPP biting the hand that fed it. It is no coincidence therefore, that Hinga Norman jnr said that it has taken 7 years to make his decision to cross the Rubicon. But what are the implications of this latest political gymnastics? 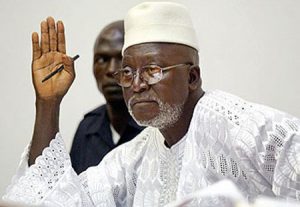 Late Chief Sam Hinga Norman There are a lot of die-hard SLPP supporters who will see this latest chapter of their party as a non-event; and that Sam Hinga Norman jnr does not have the kind of political clout to make inroads into the party’s support base. We all know that in Sierra Leone, politics is traded by virtue of allegiance. People traditionally support their political parties because of tribal or geographical reasons. Others do so because their parents are dyed in the wool followers who had been so, since independence. For some, it is a matter of “what’s in it for me?” To all intents and purposes, Hinga Norman jnr might not have the kind of earth shattering effect that will tilt political opinions in the country. Some SLPP supporters will see him as a small fry in the political pond. But such opinions might equally be seen as a case of sour grapes. Nevertheless, his defection is bound to send some ripples in the political tidal wave.

What stands out from this latest conundrum is the symbolic ramifications that can be drawn from it. Without giving any credence to the kind of tribal colouration that forms the basis along which party allegiances are bought and sold, his Mende and southern origin could not be underestimated. As an individual, there is little to write home about from a political stand point. However, basking in the shadows of his late father could just be enough to generate nostalgic feelings towards him. There are many people who may feel strongly about how his late father was apparently betrayed by the SLPP. Others will interpret his symbolic switch as a damning statement for the SLPP. It does not matter through which political prism you look at this, his defection might be interpreted by some, as a protest against the kind of school playground politics that is currently engulfing the SLPP. Many will jump to the conclusion that Norman jnr switching sides might be reflective of how fed up he is with the shenanigans that are going on in the bowels of the SLPP party. If that is the case for argument sake, how many more Hinga Normans jnr are waiting to fly the nest?

This is where the political maturity of the APC party comes in; and in direct contrast with that of the SLPP. While the SLPP is busy disembowelling itself with infighting, the APC is busy planning and machinating for the next general elections. The APC party has been meticulously looking for chinks in the SLPP armour; and has been picking at them at will, and with some audacity. Take the dismissal of former VP Sam Sumana. Many thought that his dismissal will lead to the sky falling down. Others concluded that his dismissal will lead to the end of the APC party in Kono District as we know it. This was based on the erroneous premise that the APC had committed the original sin, by excommunicating a son of the soil. Little did many know that Ms Diana Konomanyi was a ready-made replacement to pick up the baton. She may be a controversial character in her own right, but you can bet your last kobo that she will conveniently hold the fort. She got a Ministerial position for her troubles, remember? I am not suggesting that it was the reason but that position came with some political muscle to garner support and influence for the APC party. 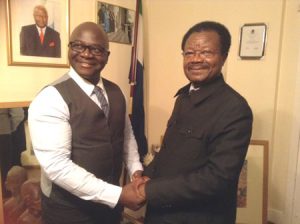 Sam Hinga Norman Jr and Embattling Vice President Victor Foe Judging from where I am standing, the SLPP must be thinking of whether this is a sign of things to come. If that is the case, this will be a signal for the death knell of democracy in our country as we know it. How many people are waiting in the wings and waiting for signs to abandon ship and join the APC political juggernaut? This piece is not intended to pass a judgement on the moral and political aspirations of people. But who will blame anyone for switching sides, when a political party, instead of moving forward is busy fighting with itself. A party that does not have room for others to express their political aspirations without a stone or bottle thrown at you? Aspirants like Yumkella, Ali Kabba and Timbo, to name but a few, have all had aspersions cast on them by the supporters of the same party. When the President appointed VP Foh to replace former VP Sam Sumana, did anyone think it was for the Boys Scout Brigade? Just watch him go foraging into the political hinterland of the south.

It is part and parcel of politics to see members of the same party engaged in mudslinging, in the run up to securing the party’s nomination to lead. Who would forget what Hillary Clinton said about Obama in 2008? But in doing so, they should remember that they belong to the same party and share similar ambitions for the good of their party. A little friendly fire here and there would not hurt. But the kind of friendly fire that is coming out of the SLPP is anything but friendly fire. To say the least, it is downright petty, childish, nauseating and rancid to the political taste buds of our country.  I have been accused of being anti-SLPP because of my views and I am cool with that. My GP (doctor) knows that I am allergic to politics, and that I take “politicsomine” tablets 3 times a day. But suffice it to say that I have a soft spot for one political party and it is NOT APC or SLPP. It is the party of the MASSES.

Judging by the way things are unfolding in the SLPP, it will be childish to conclude that this is the last that we have seen of our political musical chairs. If anything, Sam Norman jnr might just be the harbinger of things to come. It is still light years away from the general elections, and you cannot say that the APC party does not have its own political hot potato to deal with. If anything, the issue of succession is expected to generate some serious political horse trading among its followers. But unlike the SLPP, most of those wrangling is hushed, muted and done behind closed doors; giving the impression, like a swimming duck that all is well and good. Whosoever comes out as the “anointed one” in the APC succession race is bound to stir some raised eye brows and internal mumblings. But you can bet your last penny that the APC will ensure that the “anointed one” gets the support of a “united front”. The SLPP will still be doing what it does best; self-destruct like a phoenix and resurrect as a lame duck.

The SLPP needs a critical look at itself. It needs someone with the vision to unite what is fast becoming a disjointed entity. The party could do with a political life support machine, at worst. Some may see this as unwarranted criticism for the party. The trouble with most of us is that we would rather be ruined by praise than saved by criticism. The SLPP might be a great party, but the final proof of its greatness would lie in its ability to endure criticism without resentment. Any fool, can criticise, condemn and complain but it takes character and self-control to be understanding. “Criticism may not be agreeable, but it is necessary. It fulfils the same function as pain in the human body. It calls attention to an unhealthy state of things” (Winston Churchill). Our greatest threat to freedom is the absence of criticism. In the interest of our democracy, the SLPP needs to change direction and very fast at that. Even the APC party would love it. But the SLPP seems to devote its chief energies in trying to prove that all their aspirants are unfit to rule. The trouble is, they might succeed and they might be right. Wake up and smell the coffee before it gets cold.