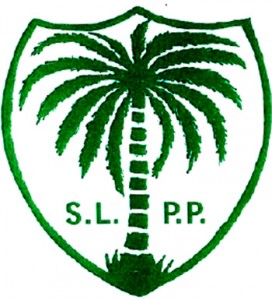 Shortly after a fundraising party recently organized in the German federal capital of Berlin by the Sierra Leonean main opposition, the Sierra Leone Peoples Party (SLPP) Germany chapter, the chapter Chairman,  Dr. Musa Ben Sannoh while responding to  questions thrown on him by this medium,  cheerfully described his chapter executive as a well-organized group that is tirelessly working  to see the opposition flagbearer, Rtd. Brig. Julius Maada Bio claim victory in come November.  Contrarily to that however, anonymous information filtering into this medium and confirmed by various reliable dignitaries have revealed that all is not well in the chapter.  While some are pointing accusing fingers at the chapter's leadership of being responsible for the problem, others believe that the chapter is full of betrayers and moles who are determined to see the downfall of the entire chapter as a result of accrued grudges among them.

According to a strongly worded letter posted to the Critique Echo editorial box by a chapter loyalist who stressed on anonymity, the chapter is currently in disarray as many members continue to withheld their supports on the ground of lack of proper commitment and accountability from the chapter’s executive.  The letter further revealed that personality conflicts and accrued abhorrence among chapter dignitaries are the main causes of the problem.

As I went out to crosscheck the above claims in my usual habit of investigative journalism, two conflicting correspondences from the highest echelon of the chapter (Chairman and Secretary General) landed into my editorial box thus undoubtedly confirming the above allegations.   The letters revealed that a Sierra Leonean youth initiative based in Berlin recently invited the Germany chapters of APC and SLPP to a political symposium slated on 6th October this year.  While Dr. Musa Ben Sannoh as Chairman of the chapter officially turned down the invitation highlighting several unavoidable obstacles that makes it impossible for SLPP to participate in the symposium, the Secretary General, Ms. Isatu Balema Koroma went ahead to contradict Dr. Sannoh’s letter in a Facebook discussion that she was preparing to represent SLPP at the symposium in Berlin as the designated Secretary General. This clearly illuminates the fact that the two important chapter heads are not working with hands in glove.

While the contradictory correspondences shows the true nakedness of the chapter’s leadership, one would also like to ask: even if Ms. Koroma is not properly schooled about the sociopolitical development in Sierra Leone, are there no libraries,  intellectuals in her vicinity including chapter members who could prepare her for the symposium, instead of borrowing knowledge from others in Facebook? Are the issues proposed in the symposium not already addressed in the SLPP's political manifestos? As a chapter Secretary General, is it not Ms. Koroma's obligation to interpret the party’s manifestos without stammering?  So the chapter Secretary General is only going to Berlin to feed her listeners with borrowed ideas?

In a telephone interview with Dr. Sannoh, he confirmed to Critique Echo that indeed Ms. Isatu Balema Koroma was officially elected in the year 2010 as Secretary General of the chapter but since then she had never been active with the chapter.  According to Dr. Sannoh, the Facebook proclamation is the only public document ever written by Ms. Koroma in the name of the chapter since she was elected Secretary General in the year 2010. “For example”, Dr. Sannoh went further, “even when our flagbearer, Rtd. Brig. Julius Maada Bio visited Holland, some of us went there with a delegation but without Ms. Koroma; when we organized our fundraising in Berlin, many people went there except Ms. Koroma, which clearly shows that she was interested less in the party. This is why we have asked Mr. Philip Bona to act as Secretary General till the next chapter elections”.

When asked when and where shall the next chapter elections take place, Dr. Sannoh revealed that the chapter will be restructured on the 13th October this year in Deuisburg, a city located in the far West of Germany. Critique Echo understood the restructuring plan as general election for the entire chapter executive since the current executive, according to many diehard members, was expired long ago.

It must be noted that the home based  SLPP is currently preparing to go into a very challenging poll that require both financial and material support – particularly from the diaspora branches including the German chapter. But unfortunately, authorities at party headquarters in Freetown have confirmed to Critique Echo that a cent is yet to be recorded as contribution from the grudge-riddled chapter in Germany.

Meanwhile, we are obliged to welcome Ms. Koroma to contact us through this medium to enable her explain her own side of the story, as all efforts to contact her have proved futile.