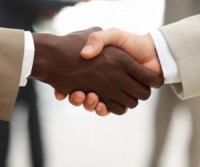 The West African State of Sierra Leone will be celebrating its 53rd Independence Anniversary on Sunday 27th April, 2014. The small West African nation covers an area of 71,740 square kilometers with Liberia to the South, Guinea to the North and East, and the Atlantic Ocean to the West. The last national census conducted in 2005, pegged the population of Sierra Leone to 4.9 million. But according to indicators, the population is rapidly growing to 6 million.

Though a small country, Sierra Leone is endowed with large deposits of precious minerals such as diamonds, iron ore, rutile, bauxite, zircon and tens of other minerals that are yet untapped. Besides, the country is rich in arable lands suitable for commercial farming, marine resources, natural water, beautiful beaches along the Atlantic Ocean, many rivers across the country, chains of mountains, forest reserves, and several other attractions that will convince the "unbeliever" to visit there and see some of the wonders of the world.

Sierra Leone was colonized by the British in the 19th century but gained her independence on 27th April, 1961. As a post-independence nation, Sierra Leone followed the colonial pattern of administration and the parliamentary system of governance based on the British model. For example, Queen Elizabeth II had her representative called Governor, though the position ceased to exist when the third Prime Minister, Hon. Siaka Probyn Stevens, declared Sierra Leone a Republic State in 1971. The Prime Minister consequently became the first Executive President and Head of State – a role the Queen's representative was playing.

Seven years on, the late President Siaka P. Stevens declared Sierra Leone a one-party state in 1978 but his successor the late ex-president Joseph Saidu Momoh, a retired military general, lifted the ban on multi-party system in 1991 and set up a Constitutional Commission to draw up the 1991 National Constitution of Sierra Leone which exists to date.

But just as the Electoral Commission was about to complete voter registration for the 1992 General Elections, a group of young soldiers and officers from the war front in the eastern part of the country invaded the capital Freetown and toppled the late ex-president Joseph Saidu Momoh's regime on Wednesday 29th April, 1992 and formed a military junta known as the National Provisional Ruling Council (NPRC).

The NPRC overthrew the Momoh regime barely a year after the Revolutionary United Front (RUF) rebels had invaded Sierra Leone with the aid of some Liberian and Burkinabe vanguards. The young soldiers and officers had overthrown the Momoh regime on the grounds that they had not been supplied with the necessary logistics to pursue the rebel war and that the only way to end the rebel war was to overthrow President Joseph Saidu Momoh. But even so, the military junta's four-year regime was strongly resisted by the civilian populace, when it was realized that the young military officers were on a self-seeking interest mission.

The NPRC had advocated for peace-before-election and happily organized two national conferences for the people to endorse their stay. But to their greatest surprise, the people rejected them at the two conferences that were tagged Bintumani I & II. The people called for a two-track approach to conduct the elections and pursue the rebel war instead of peace before election. The people's will was done and the presidential and parliamentary elections were conducted in March 1996, which ushered in the first democratic elections in Sierra Leone since independence.

After eleven years of rebel war, the late erstwhile President Alhaji Dr. Ahmad Tejan Kabbah declared the war over in 2002 during the symbolic burning of arms and ammunition at the Lungi International Airport north of Freetown. The country is now a post-conflict democracy and much has been achieved in terms of national development.

The United Nations and donor partners poured hundreds of millions of United States Dollars into the disarmament process, rehabilitation and resettlement of the displaced and Sierra Leoneans who lived as refugees in neighboring Liberia and Guinea, and other countries in the sub-region like Ghana, Ivory Coast and Nigeria.

The International Community also funded the Government of Sierra Leone for institutional reforms and the establishment of new ones. For example, the security apparatus was given a face-lift; democratic institutions that had never existed in the country were created through donor assistance. Institutions like the National Revenue Authority (NRA), Anti-Corruption Commission (ACC), National Social Security and Insurance Trust (NASSIT), National Public Procurement Authority (NPPA), National Commission for Privatization (NPA), the Independent Media Commission (IMC), are among the new democratic institutions that were established by the Government of Sierra Leone after the end of the rebel war. These institutions have enhanced democratic good governance, revenue generation, economic governance, and fight against corruption, you name it.

The current President of Sierra Leone, His Excellency Dr. Ernest Bai Koroma has built on the solid foundation he inherited from his predecessor, the late former President Kabbah. When he acceded to power in 2007, the development oriented President did not mince words when he pronounced that he had no "sacred cow" in his government. In order to march deeds with words, President Koroma ensured that Parliament amend the 2002 Anti-Corruption Act in 2008 to give the Act prosecutorial powers to enable the commission to try those charged on corruption offences. Some officials have been tried and convicted for corruption offences, ranging from ministers, professional heads, heads of government agencies and department to CEO's in the Private Sector. This is a clear manifestation of the President’s determination to fight against corruption in his administration; despite the fact that there is no society that can be totally corrupt-free.

With the strengthening of the democratic structures he inherited from his predecessor, which are working more effectively than before, President Koroma has moved further with national development. Under his regime, many archaic laws have been revisited in line with international standards. For instance, the new business laws in Sierra Leone have made it relatively simple for any business person to register his/her business in Sierra Leone in less than 48 hours. All bottlenecks that used to delay business registration for weeks or months have been renewed from the Business laws. Little wonder that multinational investors are jetting to Freetown on a daily basis to explore the possibilities of long-term businesses there.

Many multinational companies and smaller ones are operating in Sierra Leone – some in the mining industry such as African Mining Limited (AML) and London Mining which mine iron ore, while others have invested in agriculture, marine industry, transportation, and many other potential areas. Both foreign and local companies are still registering their businesses because the business policy of the Koroma administration is business friendly. The President told Sierra Leoneans prior to his first election in 2007 that, if elected to State House, he would run Sierra Leone like a business. And today, business is booming in Sierra Leone because of President Koroma's friendly business policy.

There is marked improvement in the national infrastructure as more roads have been constructed in the country, particularly major roads leading to the capital city, provisional cities and towns. Many feeder roads have also been constructed especially in the agricultural areas so that farmers will have access to the market to sell their products. By and large, Sierra Leone is a post-conflict state that is back on track in terms of investment opportunities. It is a peaceful country with hospitable people who love strangers. As an emerging democracy and good governance that believes in the rule of law, human rights, freedom of expression and of the press. The authorities uphold the values and tenets of democracy and see the civil society and the media as partners in development.

Though there are still monumental challenges after 53 years of independence, there are indicators showing that the national economy is growing rapidly based on the assessment of the IMF, World Bank and other International financial institutions. For example, for the last three years, Sierra Leone has been ranked as the fastest growing economy in the sub-region. This is because the multinational companies mining iron ore in the country have increased their production and exportation and government is collecting huge revenues from these companies. With time, the production of iron ore will rise tremendously when a Chinese multinational company starts mining in Tonkolili District in the Northern Province where the largest deposit of iron ore has been found.

In Saudi Arabia here, investors have been visiting Sierra Leone to explore investment opportunities in the country. Chairman of one of the world’s most successful diversified investment companies, Kingdom Holding Company (KHC), His Royal Highness (HRH) Saudi Arabia’s Prince Alwaleed Bin Talal Bin Abdulaziz Al Saud Limited is one of the ‘big time’ Saudi investors that have expressed interest in investing in the tourism sector in Sierra Leone. He was in the country on Monday 10th June, 2013. During the visit, His Excellency President Dr. Ernest Bai Koroma decorated His Royal Highness with the highest National Award in the country, the Grand Commander of the Order of the Republic of Sierra Leone (GCRSL). Other prominent Saudi investors have also started visiting the West African state to explore similar investment opportunities. Since the Billionaire Prince’s visit to Sierra Leone, the country has attracted a good number of Saudi and other investors from some of the Gulf States, including, the United Arab Emirates (UAE), Qatar, Kuwait and Bahrain.

With Sierra Leone being potentially rich in almost every natural resources, it is only a matter of time when the country will be ranked among the middle-income countries of the world. And as we celebrate our 53rd Independence Anniversary, I wish fellow Sierra Leoneans at home and abroad a bright future for the country we love.