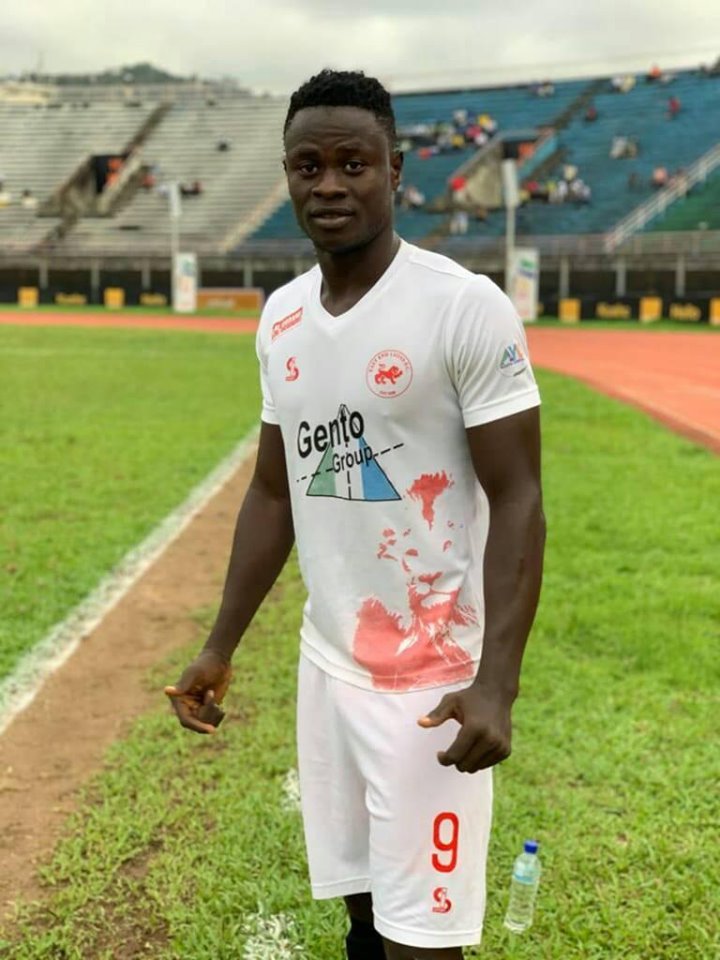 Sierra Leone may not be many people’s idea of heaven, but it looks like recent events in the country have drawn attention to such a debate. The situation in our country is an open secret. And if anyone wants to get a feel for it, just imagine the mind-set of those who undertake dangerous and near suicidal missions to get to the other side of the world. People have been known to venture into Europe via the Mediterranean Seas, often in dingy boats that if lucky and at best, land them into the hands of traffickers. We have all heard the gruesome stories from survivors and have seen video clips of the inhuman and debased suffering they get at the hands of those psychopaths. Yet still, there is an unending queue of especially our youth, who are ready to take the plunge (pardon the pun) into the unknown. So what drives someone to such suicidal extremes; where certain death is near assured?

If truth be said, this is an open and shut indictment of our African leaders. It goes without saying that their penchant for bad governance, mismanagement and above all, corruption are a directly concomitant effect that has degenerated into absolute poverty.  Cue Musa Tombo, the Sierra Leonean football striker, who had signed for the Swedish side Trelleborgs FC sudden and seemingly unexplained return to his homeland. With our penchant for fake news, social media went to town on the reasons behind his return. There was no shortage of reasons, and chief among them was that, Musa returned because he could not cope with the cold in Sweden. How ridiculous. But Musa had since debunked such rumours and revealed the real reason for his return: PATRIOTISM. According to his video clip released on social media, Musa came back because he wanted to represent his country in a match; to help his country qualify for the World Cup. We know that it is a tall order but some times, it is the thought that counts. Bravo to Musa.

In the meantime, many have condemned him for not only throwing away a golden, but a once in a life time opportunity. Without the benefits of the facts, you can understand some people’s reasons for pouring scorn on his rumoured decision to come home. Thankfully, he has cleared the air, and I can only wish him all the wishes that he wishes for himself. It is true that like many of us, Musa comes from a very poor background. But unlike many of us, he was ready to make the ultimate sacrifice; to represent his country. Others even said that it was because of a bad contract that saw him offered peanuts. While some believe that the distance from Europe to heaven is just 3 miles, Musa had momentarily chosen to be a king in hell than be a slave in heaven. Interestingly, the Musa saga may have drawn some focus on another issue from far away America. The irony could not have been stacker.

On the 14 August this year, 15 men and 1 woman arrived at Lungi International Airport. According to reports, they were Sierra Leonean passport holders who were serving prison sentences in the USA. There are many who would struggle to empathise with these deportees.  Many would expect the average hustler to engage in honest labour, than the get rich quick schemes and criminal behaviour they are alleged to have committed. They were deported in chains and with only the clothes on their backs. Sounds familiar? Does history repeat itself here?

Donald Trump deported Sierra Leoneans, among others in chains on the 14 August 2019.  On the 20th August 1619, (400 hundred years ago) 20 Africans were forcibly brought in chains to Jamestown-Virginia, marking the beginning of two and a half centuries of slavery in North America. The rest is history. Sadly, such an epoch defining moment in history passed unnoticed, right under Trump’s nose in the USA. There was nothing to celebrate or lament. But who would expect Trump to honour such a moment; a man whose career is littered with racists comments about black people?

The irony of Africans being deported in chains could not be more obvious. Donald Trump has never made secret of his view about black people. His most racist rant was against his fellow American congresswomen to “go back and help fix the totally broken and crime infested places from which they came”. Trump’s litany of discrimination against black people is a long list that has been a pattern throughout his career. He questioned Obama’s birth right, he advocated for the death penalty of 5 black teenagers for rape, but who have recently been found not guilty after years in prison. He once called Africa a sh  …  t hole. The list is endless.  He once said this about one of his black employees, an accountant; “I think the guy is lazy”. “And it’s probably not his fault because laziness is a trait in blacks”. Is it not interesting that Trump and people like him, only described blacks as lazy, when black people stopped working for free? Four hundred years ago, they were not lazy then. But four hundred years later, they have become lazy. Why? America can no longer get free labour from the black man.

There is no doubt that Trump has been making history even before he became the tenant at the White House. On the eve of the 400th anniversary of slavery, Trump reminded us that Africans went to America in chains, and that he was ready to replicate history; thanks to his immigration policies. But if we are to be honest with ourselves, we should look no further for the reasons why Africans are treated this way by Trump and others. This should be seen as a tacit indictment of our African leaders, who have contrived to dictate such predicaments. As Africans, we still continue to wallow in self pity; about the effects of slavery on the continent. Even after 400 years, we still seek refuge for our failures in century old wrongs. Slavery has become the refuge for our incompetent. The independence of African states has not been worth the papers on which they were signed.

To all intents and purposes, it is a sad case for an excuse. Africa has had over 400 hundred years to right the wrongs of the old. Our leaders should have used the bricks that people like Trump throws at them to build a firm foundation. We just need to take a look at the political landscape of the continent, to see the real reasons for the continent’s demise. The continent continues to suffer from anything and everything bad about leadership. Africa has had a lot of initiatives and programmes aimed at development and good governance.

The Mo Ibrahim Foundation is an African foundation, established in 2006 with one focus: the critical importance of governance and leadership for Africa. The foundation is aimed at putting governance at the centre of Africa’s development; because it believes that governance and leadership lie at the heart of any tangible and shared improvement in the quality and of the life of African citizens. The foundation has initiated among others, leadership fellowship and $5 million prize over 10 years for excellence in African leadership.  To qualify, the criteria for the prize include:  must be former Executive head of state or government, left office in the last 3 years, and must be democratically elected. In addition, they must have served their constitutionally mandated term and demonstrated exceptional leadership. You would be pleased to know that the last person to win the prize was Ellen Sirleaf Johnson of Liberia, in 2017. Only 5 former leaders (plus Mandela-honorary) have won the prize, since its inception. And you wonder why Trump calls Africa a sh..t hole? Our African leaders have become so infested with greed that they cannot see free money, even if it hit them.

It is so ironical that 400 hundred years ago, we were forcefully enslaved. Four hundred years later, slavery is voluntary. Is it better to be a king in hell than a slave in heaven?