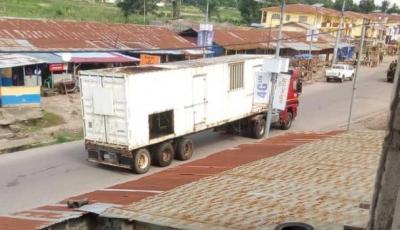 The loss of lives in Makeni over the weekend is not only sad but equally avoidable. With the social and political atmosphere heavily saturated by the whiff of injustice the world over, the clamour to regain universal justice and equal rights have never been louder. Wedged between these calls are the abuse of power, the breakdown of law and order, and how rapidly democracy is quarantined. The death of Afro-American George Floyd, though regrettable has become a focal point of the universal demand for one of the most pervasive ills of modern-day societies.

Despite the world wide chorus against racism, the privileged and the supremacists, it is ironical that the decibels of such cries have been re-echoed by African leaders with deafening silence. With the exception of a few African leaders, like the President of Ghana, many of our African leaders have struggled to champion the calls for equal rights and justice in their own backyards; for obvious reasons. You wonder why. But why would you expect them to look at the speck of sawdust in their brother’s eye and pay no attention to the plank in their own eye?

The loss of young lives, over a piece of generator is not only senseless but bothering on the callous and frivolous. The merits and demerits of this process may be another topic for another discussion. What is becoming alarmingly common place is the seeming impunity with which our law enforcement officers can waste lives on our streets. It goes without saying that our constitution is enshrined with the right to assemble and the right to” peaceful” protest. But like with every right, comes responsibilities. The right to protest does not give anyone the right to destroy lives and property. On the other hand, our law enforcement has the right to protect lives and property. But that right does not extend to the right to waste lives either. Yes, we know that “peaceful” and “protest” could be strange bedfellows or a contradiction in terms from where I come from. But that should not diminish the right to exercise such rights.

With familiar regularity, the use of lethal force is fast becoming the first and not the last resort; which more often than not leads to irredeemable loss of lives. As we all know by now, most of the protests in our country have always been led by members of the opposition party of the sitting government at the time. We saw similar events in Kabala during the reign of the previous APC government; and this is not in anyway to dim the APC’s light for the SLPP’s to shine (pardon the pun). So, whenever a protest is led, either for civil, political, economic or whatever reason, the tendency to treat them as purely political is very common. It is the predictable outcomes of such, that seem to engender a cycle of violence; that is seemingly dyed in what many consider as revenge politics.

No one needs a reminder that it is the disproportionate use of force against black and ethnic minority people that is threatening to turn America, one of the “high priests of democracy” inside out today. The threat to freedom, equal rights and justice, its very foundations on which the country was built is being eroded, brick by brick. Just like in other democracies, it is sometimes inevitable but not excusable that such riots do carry some unintended outcomes. Some people loosely see it as “collateral damage”, in the interest of ensuring peace and security for the majority. What a lame excuse.

But our own version is so different in that no one is ever held accountable. We don’t even hear of any investigations into these matters. The behaviour of successive governments in these kind of situations leaves one with the impression that it is normal and accepting; as if it is the modus operandi. Such investigations, among other reasons could serve as learning points or even acknowledgement of the regrettable outcomes. For example, we could use such investigations as Training needs Analysis, identify other less lethal options of dealing with riots, or prioritise responses etc.

With the blame game in full flow, the accusations, counter accusations and finger pointing; all in a bid to win hearts and minds continue to insult our intelligence. Where is King Herod when you need one? Both sides are now closing the barn door when the horse has bolted. If the version from the Ministry of Energy is anything to go by, many would like to know the role of the local authority, and especially the Mayor of Makeni in all this.

By virtue of its proximity to The Bumbuna Hydro electricity, Makeni enjoys the attention of green-eyed monsters; thanks to its 24-hour electricity. Some will side with the government that in the circumstances, a rarely used stand by generator could benefit the needs of Lungi Airport in the short term. Lungi is our gateway to the outside world. With flights restrictions about to be lifted, many would find it reasonable for the government enlist a stop gap measure. But others recall a similar “lent me ba”, that took place in Kono last year. The rest is history.

There are those who feel that the response from the Makeni end was not in the national spirit; when asked to come to the aid of their “Komanehs” in “Bakeh Loko”. There is no doubt that the Airport needs an uninterrupted flow of electricity. But some are also questioning, that if the electrification of the airport was that important, why would the government choose to buy thirty brand new Toyota Land Cruisers for its Resident Ministers, doubling as regional coordinators of the National Covid-19 Emergency Response Team instead of a single generator. So, our government can fund the provision of luxury vehicles but not a generator? Did someone misunderstand Corona for Toyota?

But jokes aside, ordinary Sierra Leoneans should be worried about this cycle of violence that seems to characterise our political landscape. Why is the ordinary man used, abused and refused as pawns on our political chessboards? The APC party professes to “Live for Ever”, but recently found out, nothing lives forever. So, what happens if and when the political baton changes hands? Will the cycle of violence continue? Is any of these two parties able to show a difference? Is any of them ready to act as the adult in the room or do both need adult supervision?

It is no secret that the youths of our country are the most disgruntled, marginalised and disenfranchised group; for obvious reasons. Armed (pardon the pun) with this knowledge, some people never miss the chance to take advantage of their predicament. Whilst chilling in the comfort of their flats and apartments in the West, they show no compunction in riling up our youths to cause mayhem on the streets. No one is against peaceful protest, which is our right. But equally, no one should be promoting such behaviour as the answer to our problems. As for those engaged in sending our gullible and impressionable youths in the line of fire, how do they sleep at night, when their own children and families are safely tucked away from harm’s way?

Many would see the government’s handling of this “Generatorgate” as a modern-day Robin Hood, with those in Makeni as robbing Peter to pay Paul, and those in Lungi as “John troway pamai na John en res”. Either way, the resistance for the generatorgate is not surprising. Makeni is the hotbed of opposition to SLPP. At face value, doing the generatorgate is bound to translate as an affront to their “privilege” or lucky stars; irrespective of any moral, economic or national interest argument. With such a backdrop alone, you would expect the government to thread with sensitivity in this case. Much of the bull work should have been done by the local authorities and stakeholders; but that would depend on their take on the matter. Why would the government walk into a PR trap is beyond me. Rumours are now flying about that there were already T-shirts with “Makeni Lives matter” in situ. If that is the case, was this a pre-emptive outcome?

What makes it imperative for the government to act as the adult in the room is the fact that the recently re-installed Resident Minister Abu Abu had promised the people of exactly such outcomes, should the situation arise. President Bio was widely applauded for swiftly relieving him of his post then. I never knew that Ministers can be soothsayers as well. Perhaps he can now prophesy the end of Covid 19. Nevertheless, we should as a nation arrest this trend of what many are seeing as revenge killings. We should call a halt to this “Gbagbati vs” Paopa”. Someone needs to show and make a difference. Or do we need a Ministry of Common Sense? The ultimate weakness of violence is that it is a descending spiral, begetting the very thing it seeks to destroy. We were promised a NEW DIRECTION. We are waiting. Black Lives Matter. Yeah right.