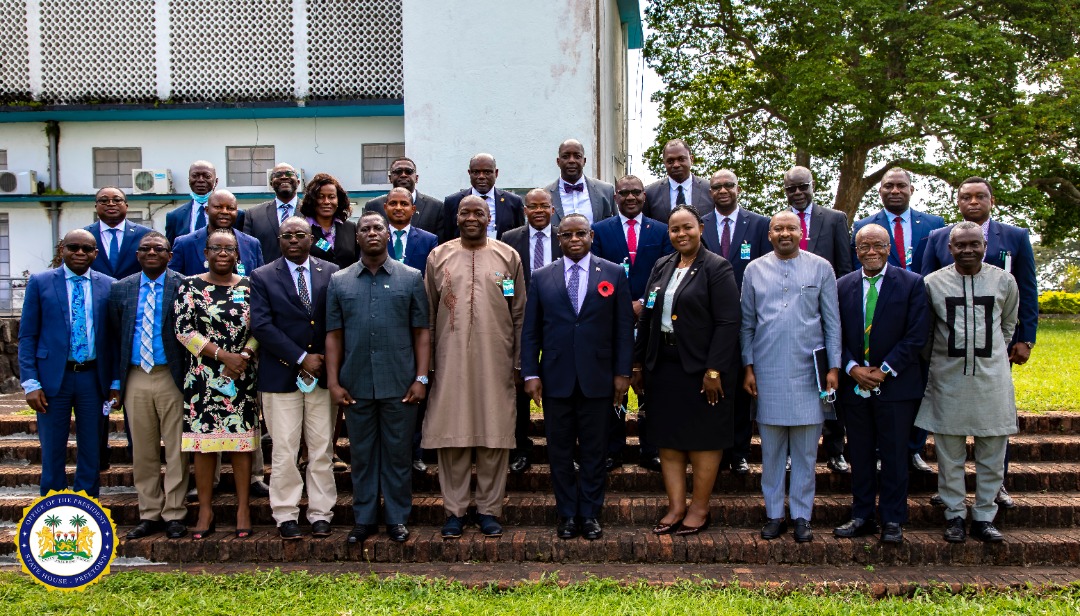 Chief Executive Officer of the Millennium Challenge Corporation, MCC, Sean Cairncross, has continued his two days’ visit to Sierra Leone by meeting His Excellency President Dr Julius Maada Bio today to discuss progress on the threshold programme, which seeks to improve the financial viability of water and electricity sectors in the West African nation.

While in Freetown, between October 15 and 16, he will follow up on the activities of the US government-funded $44.4 million threshold programme being implemented by the Millennium Challenge Coordinating Unit in the Office of the Vice President.

Vice President, Dr Mohamed Juldeh Jalloh, who is supervising the activities of the MCC in the country, said since 2018 there had been a successful implementation of the threshold programme. He confirmed that the country had made tremendous progress on the MCC scorecard, adding that the government had built a strong regulatory framework around the energy and water sector.

“We have made immense gains in the implementation of the thresh hold program and the score card,” he stated.

In his statement, Mr Cairncross said that he appreciated the progress being made in the implementation of the MCC programmes and congratulated President Bio and the people of Sierra Leone for what he referred to as a marvellous job.

“Your government has done an impressive job on our scorecard. The work done on trafficking and other areas are impressive. This is the commitment that we want to see at the MCC. I want to see progress made in our programmes to be sustainable and lasting. This is exciting news and upon my return, I will tell the Board of Directors and Congress in the United States about the progress that Sierra Leone has made,” he explained.

In his response, President Bio thanked Mr Cairncross and his team for visiting Sierra Leone and reiterated that the programmes of the MCC were a needed intervention. He also disclosed that the programmes aligned very well with his government’s priorities, particularly the water and power sectors.

“We are fully committed to completing the threshold programmes because they have laid a solid foundation for our development aspirations. We will embrace them because I know they will further strengthen our partnership,” President Bio assured.