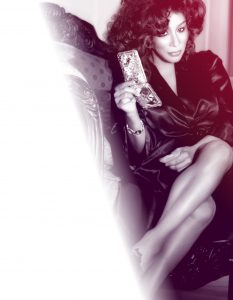 Grammy award-winning artist, Erykah Badu will present Ms Khan with the Apollo’s highest honor in celebration of her 40th anniversary in the music business.

“I am honored to be inducted into the Apollo Legends Hall of Fame….The Apollo Theater has supported my career and now they are a part of honoring my legacy. I am looking forward to the celebration,” Ms Khan says in a press release.

She adopted the African name Chaka Khan while working on the Black Panthers Free Breakfast for School Children Program.

Her catalog of signature hits include "I'm Every Woman,” "I Feel for You," "Tell Me Something Good," "Ain't Nobody," "Through the Fire" and "Sweet Thing," among others.

As an inductee, Ms Khan will be honored with a plaque on the Apollo Theater Walk of Fame in Harlem.