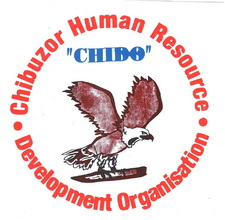 The Development Planning Officer of the Kenema District Council, Mr. Charles Kakumba who chaired the occasion, commended the people of Tunkia for their commitment in constructing latrines on their own. He said the Council is impressed about the work done by the Tunkia people, adding that the type of latrines they have constructed demonstrates their preparedness to embrace development activities in their communities.  Mr.  Kakumba further implored the people to continue the good work.

Speaking on behalf of Mr. John Orlai Sankoh – the Health Superintend of Kenema district,  Mr. Umaru Kabaji commended the Natural Leaders , Section Chiefs and Chiefdom elders for their support given to the implementing agency (CHIDO) to attain ODF in the chiefdom.   He encouraged them to accept the CLTS as one of the effective methods to prevent illness in their areas, adding that Kenema district is in the lead in CLTS works in Sierra Leone.

The CHIDO Program Director,  Mr. James Ebube, thanked UNICE , Kenema  District Council and the local authorities of Tunkia Chiefdom for their supports in both human and physical resources towards the CLTS project.   Mr. Ebube commended the local leaders for the cooperation given to CHIDO staff in ensuring that the targeted communities become “Open Defecation Free”.

About the activities of CHIDO, Mr. Ebube explained that they are operating in three districts including Kenema, Kono and Kailahun.  He further disclosed that plans are under way to extend their operations in other parts of the country.  He said CHIDO is implementing several projects including promoting girl child education, women empowerment in business, campaign against gender violence, and helping out of school children to go back to school.  Mr. Ebube finally called on the community people to work with CHIDO for the development of their chiefdom.

Addressing the community people, the Health Officer of UNICEF eastern region, Mrs. Salome Paul said “health is wealth” and that CLTS need to be taken with all seriousness.  She noted that UNICEF would like  to see the entire Kenema district be declared “Open Defecation Free” this year.  Mrs. Paul encouraged the community to construct more latrines, stating that only when people defecate in latrines could communicable diseases like diarrhea, dysentery, and cholera be eradicated in their communities.

The Paramount Chief of Tunkia Chiefdom PC ALHAJI GOWAY SAMA V thanked CHIDO, UNICEF and the central government for bringing such development in his community. He said the work of CHIDO has helped his people to enjoy hygienic and healthy environments. He firmly assured the donors of his commitment to support them in the implementation of CLTS.