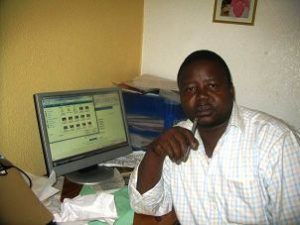 The Sierra Leone general election is slowly but surely inching its way to the climax by the minute. In the meantime, the statisticians, soothsayers, and those with the crystal balls have gone to town, in trying to predict the outcome of the election. Some draw their conclusions from experience. Others do so from taking the political temperature of the country. But there are many who make their conclusions based on the crowds from the respective rallies, “Poda Poda” talk, and the noise coming from ataya bases throughout the country.  The latter follow the theory of “seeing is believing”. There are others who revert to their tried and trusted research on the traditional geo-tribal loyalties, which have served them in the past. Our political history has always been lumbered with the APC and the SLPP as the 2 main parties. There have been other political parties in the past, but none had ever morphed past the embryonic stage.

But this year’s election has seen, in the strictest sense of the word, a 3rd party.  It is therefore obvious that the political discourse, the parlance, the debates and the usual are no longer the same. The modus operandi has ceased to be the modus operandi. There is a new kid on the block, and this time our perennial political players have a new partner or opposition to contend with. The opposition is no longer about the north south divide.  Kono district is no longer the Ohio and king maker. Our traditional political parties can no longer bank on what they hitherto, considered their loyal support. While many had dismissed the emergence of a 3rd party as a mere gimmick and irritation, others are now recognising it as a spanner in the works. The jitters are becoming increasingly obvious. It is no wonder many have concluded that the APC’s recent attempt to invoke the constitution was a blatant but inept attempt to disenfranchise its opponents. Many see it as a reflection of the panic that is slowly setting in; which by implication means that the traditional loyalties and support are no longer taken for granted.

With the official nominations concluded, and with various parties having displayed their plumage, there are accusations that the APC party has been engaging in renting crowds to give a semblance of massive support. Others feel very uneasy with the kind of largesse that had been put on display. The T-shirts, motor bikes, hat and all other forms of political regalia, not forgetting the usual provision of alcohol to the youths have been questioned by many. There have been accusations that some rented “APC” crowds from the provinces were stranded in Freetown after the nominations. The fact that the APC party was reportedly the only party nomination event that attracted some violence has left a bitter taste and sense of apprehension for many. Some have even gone to the extent of accusing the APC of trying to present a picture of “mass support”, to pre-empt victory, and by so doing dismiss any potential doubts about the perceived results. Reverse psychology.

On the other side of the aisle, there are those who believe that the APC has genuine “massive support” with the electorate. Some of us have been accused that our opinions are social media driven, and that we do not enjoy the benefits of being on the ground. Some say that our assumptions are purely based on Whatsapp, Twitter, Facebook posts and desktop journalism. Guilty as charged; enh maybe, but not if the electorate have anything to do with it, come March. But the question that is stretching every frontal lobe is “who will win the 2018 elections?”  Interestingly, depending on who you talk to, every candidate and their followers are 110% confident of winning. You can’t begrudge anyone to be that confident at this stage. With the exception of the APC, there is a latent belief that the electorate will seek a change, and it is not surprising “Change” has become the thematic denominator during the campaigns. One thing is certain though, the election is as unpredictable as you can get.

There is no doubt that the wind of change is blowing across the continent. We have seen it in Ghana, Gambia, and most recently our cousins in Liberia. But what catches my attention is what happened in The Gambia. It is unquestionable that the clamour for change is becoming deafening. Whether the change is within the party or from outside the party hardly matters. There is a call for change within the APC; and there are signs that the message is getting home. Ask their cousins in the diaspora. Others believe that change can only come with an overhaul of the whole system. In the Gambia, there was a concerted effort aimed at getting rid of erstwhile president Yahyah Jammeh. The Gambians realised that in order to do so, some horse-trading was required. The Gambians came to the realisation that they needed to make sacrifices to achieve their aim. This meant that they had to form a coalition, discard their differences, mould their similarities into one, and pulled all their resources together with one aim, and one aim only: TO GET RID OF JAMMEH.

As coincidences go,  thousands of Coalition 2016 militants, supporters and sympathizers, recently  assembled at the buffer zone to commemorate the first anniversary of the 2016 Coalition landslide victory, during December 2016 presidential polls. Speaking at the event, the Minister of youths and sports and party leader of GPDP, Mr. Henry Gomez, said the Coalition Government was constituted by all seven political parties, who saw the need to put aside political differences with a view to bring to an end the 22 years of bad governance of ex-president Jammeh. Gomez urged the citizenry to embrace and accept the leadership of President Barrow, noting that it is ordained by God; that they should all join hands in the spirit of national development. That is what I call a coalition.

Like the Gambia, Sierra Leone may be clamouring for change; but that is where the similarities stop. Unlike the Gambia, the political parties have failed to form a coalition. This is not in any way suggesting that the lack of a coalition will make it IMPOSSIBLE to unseat the APC. But there are many who are of the opinion that the lack of a broad and strong coalition has made it harder to do so. We all know how difficult, forming a coalition of people with different political aspirations and ideologies can be. It is never a comfortable experience. If you’re in a coalition and you’re comfortable, you know it’s not a broad enough coalition. Despite the perceived difficulties, coalitions are generally united by one or more objectives. This is what is missing, and that is where the APC, irrespective of your political persuasion stands above the rest.

Let us for one minute imagine what would have been the outcome, if what happened with the APC had been the case with the other parties. First, the APC lumbered the party with a relatively unknown candidate; selected from 26 aspirants. That was apparently after they failed to speak (coalition) with one voice. The response and impact is well documented; but its members were literally asked to “put up or shut up”. And they did; shut up.  As if that was not enough, the party had presided over a 10 year period where certain members were allowed to occupy very important parliamentary positions while holding dual citizenships; contrary to the constitution but thanks to selective amnesia.  The party cajoled and allowed many of its prospective candidates with dual citizenships to campaign, spend money, give up their jobs, relocated etc.; all with the hope of participating as candidates for the 2018. The APC knew of their dual citizenships. They had their “ace up their sleeve”, and they scupper their dreams in injury time. They even invited them to dinner at State House for God’s sake. In the end, the APC crowbarred their dreams in one fell swoop. That move has since been the subject of several conspiracy theories. You be the judge.

But with all the best intentions in the world, could you imagine what would have happened, had it been one of the opposition parties? It is obvious that the opposition parties are united by default; to get rid of the APC. But are they united enough to come together and pursue their common goal? Don’t answer that. Is it this lack of tolerance, the absence of putting party above personal interests and egos that have led to the birth of several opposition parties?. It is unquestionably true that these parties will haemorrhage some followers from the APC party. Sadly, most of the carpet –crossing will be among the same opposition parties; 26 at the last count.  The APC will definitely lose some support. The question is: WILL IT BE ENOUGH?

The big day is rearing its head on the horizon, and as the countdown begins, many political pundits are wondering whether the lack of a coalition party, in the truest sense of the word, will hand over power back to the APC. What are the chances that the Gambian scenario will be repeated in Sierra Leone? Has the wind of change fully blown across Sierra Leone? There is no doubt that unlike previous elections, this one remains as unpredictable as it can get. The recent political gymnastics of the APC has demonstrated how jittery it has become. The conspiracy theorists are now working overtime, and the rumour mills are on overdrive. But will the lack of a coalition of the willing, turn out to be the chief campaign strategist for the APC? Only 7th March, 2018 will tell. BEWARE THE IDES OF MARCH.

I DON’T SUPPORT ANY POLITICAL PARTY. I AM A DEMOCRAT.