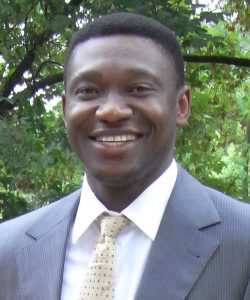 Dear Fellow Sierra Leoneans, on behalf of  the editorial team of Critique Echo Newspaper, I wish to seize this opportunity to congratulate you all for your courage and tenacity to embrace peace and democracy in our beloved Sierra Leone.

As the New Year begins, may the enemies of peace and stability become weaker, but yet, stay alive to witness our success in the year 2014. May all our good wishes and fantastic dreams become realities.

May our communities be blessed with leaders who have the wisdom to lead us towards the right direction, I don’t mean the Paopa’s “New Direction” or the “4 for 4” agenda that encourages ethnic based politics and tribal disunity in post war Sierra Leone.

May the illiterate youths be blessed with skill training opportunities so that they can stop being idle and may the educated ones be allowed access to job opportunities without being asked for years of job experience as a way of bullying them at interview panels.

May the youths be allowed to participate in decision making at grassroots level so that they can feel part and parcel of the community they live and hence to denounce violence entirely.

May the children, lactating mothers and sick people be fortunate to be correctly diagnosed at the right time by the right doctors and not by those who usually charge patients according to their appearance and later sell to them drugs from EBK’s free medication package.

May the opposition see reasons to stop intra-party fracas, campism and egotism and concentrate on keeping the ruling government on its toes so that the youths, children and mothers of our poverty flagging nation can inherit a healthy democracy.

May the police stop harassing drivers and passengers at mile 38 and Bandama checkpoints in disguise of search for Al-Shabal terrorists, who I know, are more sophisticated than the country’s national army and therefore could not be hidden in passenger vehicles heading from/to the interiors.

May the police and custom officers stop shaming Sierra Leone in front of foreigners at Lungi Airport by removing those coin/money collection boxes written on them “Merry Christmas” as another form of extortion (such boxes can be seen in many countries but the contents are used for charity purposes and not for security personnel).  The police uniform symbolizes the country as a whole and shouldn’t be used as a beggar, beggar ( Manja Lezzy)  costume

With special reference to Nyawa, Small Bo and Langurama chiefdoms (Constituency 17) in Kenema district, may the indiscriminate and misguided miners and farmers stop polluting the environment and contaminating community streams.

May the parliamentary representative, Hon. Habiba Munda, concentrate on valuable community development projects that can remove the Constituency from the “red zone” on the aid agency’s poverty demarcation map.

May the honorable stop wasting constituency development funds to buy few leaves of zinc and distribute it to the poor, illiterate and gullible voters to construct FGM initiation shrines (Bondo bush)  as a method of wooing them to vote him again in next elections.

May the lord direct Ngo Munda to the following pages of international resolutions against FGM:

We all know that FGM is widely practiced in Sierra Leone as a culture and tradition but in as much as the international community is now working against it due to conceivable reasons, no public authority in a donor driven country like Sierra Leone should openly support it in a quest to maintain power. This is a greedy, selfish, shameful and outdated method of politics. Most importantly, the community is in desperate need of good roads, schools, health posts, vocational and training facilities. I therefore hope and pray that the government shall band Bondo bush construction exercises from political campaigns in the year 2014.

Finally but not the least, I hope and pray that the average Sierra Leonean shall understand our Campaign Against Ethnic Based Politics, Religious and Cultural Discriminations in Sierra Leone and then start voting for valuable, realistic and feasible policies in future elections.