Sent to CEN by Cocorioko 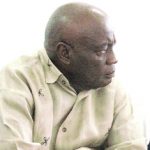