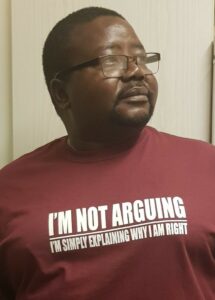 When President Bio took over from his predecessor Ernest Bai Koroma, he stated in a televised speech  that “Corruption is at a level that can destroy this nation “and that “I consider the level of corruption that we have met as a national security issue”. That is what prompted and formed the backdrop against which a judicial commission to recover stolen assets, including buildings, lands, and hundreds of government vehicles was initiated.  Bio commissioned a report by a 12-member team which concluded that the economy was on the brink of collapse; at the time. (Photo: Abdulai Mansaray)

The opposition APC immediately condemned the report, called it a “witch hunt and political intimidation” that was intended to distract from Bio’s hundred days in office; which it described as a “complete failure”. In the  Government Transition Team Report( GTTR) that followed, the 82-page dossier accused the Koroma led APC government of many irregularities and corruption charges, including the illegal sale of 30% of government stake  at an artificially low price of $12 million (which  was  later re sold for $ 95 million) in the mining sector, the award of contracts to family members and close members during the Ebola crisis, illegal sale of government lands  and many more.

During Bio’s early days at State House, it is plausible to say that his policies on the “New Direction” were conveniently marinated with allegations of corruption against the out gone APC government. President Bio pledged among others, to review all mining contracts for the benefit of the nation; hence the Commission of Inquiry (COI) was born. The rest might sound like history.

There is no doubt that President Bio had and continues to pride his government, among others, on the fight against corruption. There is no doubt that this fight against corruption received national support; considering that our country’s penchant for corruption is a perennial matter for DNA analysts. But if Bio’s professed fight against corruption is anything to go by, the recent headlines, the rumours, the allegations, and the political jamboree in mainstream and on social media will not make for a good bedtime reading in the Bio government household. It goes without saying that reams of newsprint, huge chunks of airtime and countless amounts of mega bytes have been used in circulating allegations of “massive corruption” under this government recently. Some of the individuals hugging the headlines for the allegations of corruption include Mrs. Bio and the Chief Minister. You can’t get closer to the seat of power than this.

When Maada launched his “crusade” against corruption, I recall jokingly questioning whether Bio was making a rod for his own back? To all intents and purposes, and in spite of the fact that this fight against corruption was well meaning, my reasoning for such was grounded in our country’s penchant for corruption that has been carried out with reckless abandon; to a point that our country can pass as a botanical name for a variant of corruption itself. I wondered whether this fight will bite back; especially if those fighting corruption are not or do not remain clean themselves. Trust the process.

A US based Africanist Press, reportedly authored by Messrs Chernoh Bah, Mathew Anderson and Mark Feldman has been publishing a catalogue of allegations about how President Bio and members in his government have presided over the disbursements of cash from the consolidated fund, without going through the proper channels. There are allegations of illegal cash payments and withdrawals from banks, misappropriation of money intended for “Hands off Our Girls” and general largesse carried out by government officials and members of the Bio’s government.

At this point, it is important to note that this piece is not aimed at verifying whether any of allegations are true or false, or looking at their merits or otherwise at this stage; thanks to my disability in legal matters. Suffice it to say, that in the absence of the other side of the story, some of us are reluctant to judge, based on the hunter’s story alone.  But as a matter of national concern, which Bio had previously described as “national security issue”, it’s obvious that these allegations have polarised as usual, the media and political supporters alike. The commentators are still in town on this.

While some have opted to shoot the messenger, others have resorted to debunk the allegations as a work of art that bears the fingerprints of the opposition APC party. There are those who accuse Chernoh Bah as an APC operative in vengeance mode against the SLPP.  Some even see it as a charm offensive by the opposition party to send the first salvo, as preamble to the White Paper that followed the conclusion of the Commission of Inquiry. There are those who accuse the APC party of launching a pre-emptive strike, to nullify the SLPP before the White Paper report from the COI is implemented. Depending on who you listen to, you won’t be short of theories, innuendoes, conspiracies, counter allegations and wishful thinking, etc.

The allegations notwithstanding and considering that fighting corruption is central to Bio’s tenure, it goes without saying that it is imperative that the President and his government get to the bottom of these allegations. The notion that “today’s newspaper is tomorrow’s bread wrapper” will not obtain, and silence on the matter; hoping that it will blow away may turn out to be an expensive political joke or miscalculation. What we know at this point is that Chernoh Bah and co have supplied copious copies of reports to back up their allegations. I wonder what our legal minds think about who carries the burden of proof; Chernoh or the government?

If the government believes that Chernoh Bah and the Africanist Press are lying and making false claims and allegations, then the government must prove it. Swathing the allegations as political mischief by the opposition may not be enough. Maada should not be surprised that the issue is gaining traction in media circles; thanks largely to his own sworn pledge to fight corruption. Nothing wrong with that.  Is it time for Bio to stand up and be counted, or is it a case of those living in glass houses should not throw stones?

With all the corruption allegations swirling around the SLPP, you would think that APC stalwarts would be revelling in the notion; that the hunter has become the hunted. But should and would the APC make any political gains or feel triumphant from this debacle?  Would they be right to feel vindicated? When the GTT report and subsequent Commission of Inquiry were launched, the APC adopted a policy of non participation. It described the COI as a “kangaroo court”, and a “witch hunt” designed to decapitate the party.

This created an atmosphere that left many believing that a civil war was inevitable. When the SLPP called for talks in the Bintumani Conferences, they put up a no show. Irrespective of the merits of their accusations, some of us cautioned at the time that by not attending or recognising the COI, the APC may create the unintended impression that they are either pro corruption or allergic to accountability and the fight against corruption. Even though some APC members participated in the COI process, they left a general impression of non participation. So, have the chickens come home to roost?

When Trump’s supporters assaulted democracy on January 6th, in America, there was a universal condemnation and conclusion that America has lost its moral authority to comment on or lecture others on democracy. So, when the APC practically derided the COI, did that leave the party looking anti accountable or pro corruption? Did their position lose them the moral authority to lecture us on corruption or point the finger at the SLPP today? Imagine if the APC had fully and willingly gone along with the COI, fight their corner and grievances or cases in the courts, would they have been on a better pedestal to say; “na me hakeh”. Or is it a case of the kettle calling the pot black?

This is in no way a justification for what is going on at the moment. That is why private citizens like Chernoh Bah are applauded in some quarters; for now. Before you get any ideas, this is not to give any impression that the allegations from Chernoh Bah and Co are true or false; just a flight of fancy.  Chernoh and Co may have started the big conversation. So, is it time to listen in action?

Would they (APC) have been better placed to comment on this issue, if they had played by the COI rule book? Many think that the current saga would have given the APC a better platform to recalibrate its political discourse, had they participated fully and willingly with the COI.  Was this an opportunity for the APC to have said “na me hakeh”? Lost in the cacophony of all this, one thing seems apparent: The Alusine and Alhassan show, the Aki en Paw Paw reality show will rumble on. Did the APC score an own goal with the Commission of Inquiry?