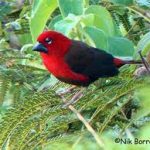 Freetown — Some aggrieved residents of Tunkia chiefdom in the Kenema district have voiced their frustration over what they described as the complete neglect by government with specific reference to the Ministry of Mines and Mineral Resources regarding the conservation programme in the area, which according to them poses serious danger to surrounding communities of the Gola Forest.

Residents of Tigbema, Gegbemaa, Jaho and other surrounding villages on Monday converged at Gourahun, the chiefdom headquarter town of Tunkia, to demonstrate against the Gola Forest programme.

It could be recalled that in 2008 representatives of that community wrote an official letter to the Ministry of Mines and Mineral Resources complaining against the activities of Gola Forest officials, claiming that the programme has not addressed the felt needs of the people.

"It has however been discovered that officials of Gola are very complacent about the development; the programme has not provided an alternative livelihood project for the people, thus allowing our youths to go without jobs as farming activities are no more encouraged in the reserve areas," a letter of protest from the community people stated.

According to Mohamed Harding Sama, a youth activist in Tunkia, the demonstration was as a result of the blatant violation of their rights to mine and carryout agricultural activities in and out of the forest by some Ministry of Mines officials.

"On the 4th of January 2009, we made our position very clear that we do not want the Gola Forest conservation programme, therefore we are disappointed by government's lethargic attitude towards the welfare of the people of Tunkia," Suma said.

"Our people are poor and Gola officials are not meeting their promises to the people. They promised good roads, water facility and alternative livelihood programmes but that is yet to happen. They are now asking us to write a project to the district council before embarking on any development in the Gola communities. They have even forced our people in some villages to relocate without a proper resettlement plan."

It was reported that certain individuals have already signed an agreement with a mining company to operate in the Gola Forest reserve, a development which has been vehemently condemned by the minister of Mines and Mineral Resources, Alhaji Minkailu Mansaray.

The minister has denounced any illegal activities including mining in the reserve. "The attention of the government of Sierra Leone has been drawn to a press statement by Sable Mining Africa Limited on the 7th April 2011 claiming ownership of a 50 years lease over 206.75 sq km covering Bagla Hills, Tunkia chiefdom, Kenema district.

The government of Sierra Leone wishes it to be known that any and all mineral resources or occurrences within or nearest around the Bagla Hills are not and have never been available for prospecting, exploration or mining as they fall within the reservation," a release from the Mines Ministry stated.

However, an environmental officer in Kenema who preferred not to be named informed this writer that the Mines Ministry in 2010 granted exploration licenses to one Chinese company named Kingho Investment Company Limited and a letter of offer was directed to government officials and local authorities of Tunkia chiefdom