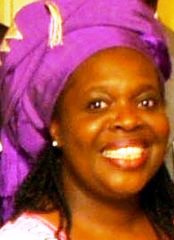 On Saturday, Sierra Leone’s most prestigious Diaspora establishment, NOSLINA will gather at Metro Points in New Carrollton, Maryland to accord awards to 15 deserving individuals and organizations for their impeccable contributions to the amelioration of Sierra Leoneans at home and in North America.

The Reverend Alice Fitzjohn will receive the Distinguished Lifetime Achievement Award for her services that has produced tremendous positive impact on Sierra Leoneans in America and the motherland.

What started 17 years ago to strengthen the linkage between Sierra Leoneans at home and in the Diaspora has evolve to have serious international and national influence affecting the lives of countless people.

“This year, the NOSLINA awards are that much more significant because while each year we have honored those who have gone 'above and beyond' to support Sierra Leone, the past 12 months have been particularly difficult on that nation.  The deadly Ebola virus has all but ravaged a country whose healthcare infrastructure was already weak – to say the least,” Suna Nallo, Organizational Behavior and Human Resource Management Professional who was re-appointed Executive Director of NOSLINA during the organization’s elections in October said in statement.

Ms Nallo added that the people honored this year took initiatives to relieve pain, suffering, and other ill effects of Ebola, “Some people, such as our healthcare workers and including the late Dr. Sheikh Humaar Khan, paid with their lives.  Others, such as the Paramount Chiefs of the District of Kailahun implemented processes and mandates which led to the eradication of the disease in their District.”

NOSLINA officials are pleased that each of this year's recipients has lived up in their special ways to support the NOSLINA 2015 theme: Lifting the Burden Together, a Time for Healing and Resurgence “Together we will prepare the way to help the nation of Sierra Leone heal, come back and indeed surpass it prior status quo.”