It is good that this March 7 Elections have come and gone and the results for the Presidential Polls have been announced. It is also good (and this we appreciate) that the electioneering process was deemed peaceful, credible and transparent by the different Elections Observation Missions in the country. 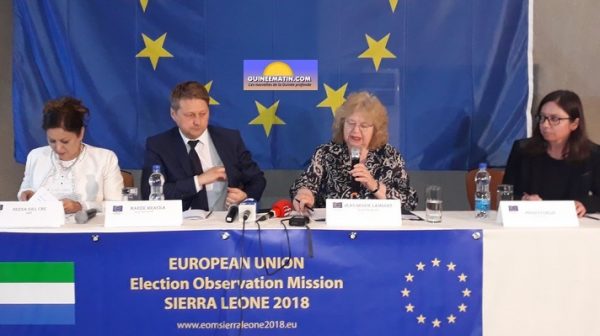 EU observers too blind to see?

Though some challenges were highlighted by some of the Missions, something is telling me that these Preliminary Observation Reports fall far short of what they reported during the 2007 Elections. Consequently, I begin to wonder if these Missions colluded to hide significant findings of the electioneering process from the public or they just didn’t look too deep.

This 2018 Presidential Election is the second such election in post war Sierra Leone – an election which is organized by an incumbent government to choose a successor. The first being the one conducted by President Kabbah which Solomon Berewa was the present day Samura Kamara. 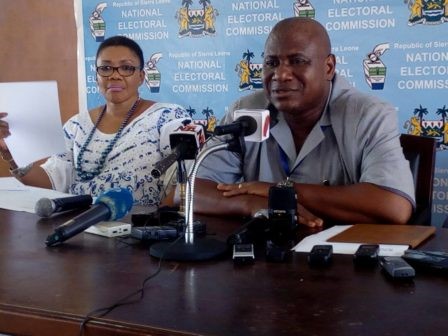 NEC, is this election clean?

It is not too long ago so I do not expect many people would have forgotten. However, I will draw your attention to comments made by the European Union Election Observation Mission’s Preliminary Report in which it was clearly and categorically stated that the incumbent presidential candidate for the ruling SLPP, Solomon E. Berewa was involved in vote buying as there were enough evidence that voters queued in his VP residence at Spur Road and were collecting one polo and ten thousand leones for their vote.

In addition to this, it was stated also that the ruling SLPP government used government resources to its advantage – that is, government vehicles, of course fuel and that this put the ruling party in an advantage position going into the elections. 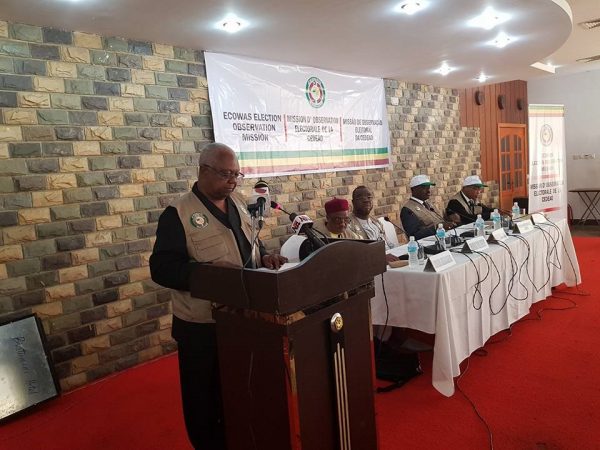 ECOWAS observers too Blind to see?

Well that was in 2007 and it is almost ten years now and we have run full cycle. So what has changed? Did we hear about these same concerns from the Election Observation Missions this time around? Or did they just paint a generally rosy picture of the election process and hide the details in their bags?

Yes, the polls were organized in relative peace, security and openness. Yes, majority of people were able to cast their votes and were not hindered by thugs of political parties. Yes, not many reports of interference in the polling by political parties’ operatives who intend to obstruct the process. 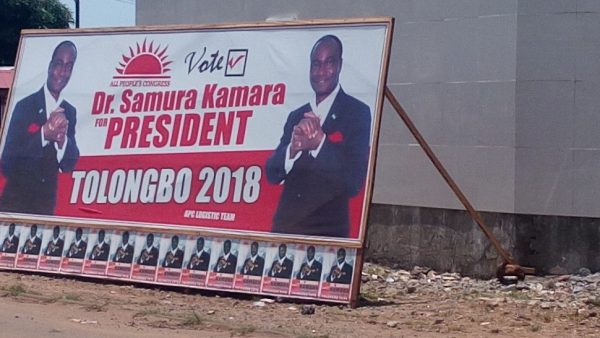 So in the main, it is understandable that these Election Observation Missions reported that the elections were peaceful, credible and transparent.

However, I find it strange that unlike 2007, in 2018 not much is mentioned on pre-election campaign activities. All over social media and on video and audio messages, evidences are abound of the ruling APC government using extreme and enormous advantage…but the Observers were too blind to see these or did they keep their findings in their bags? 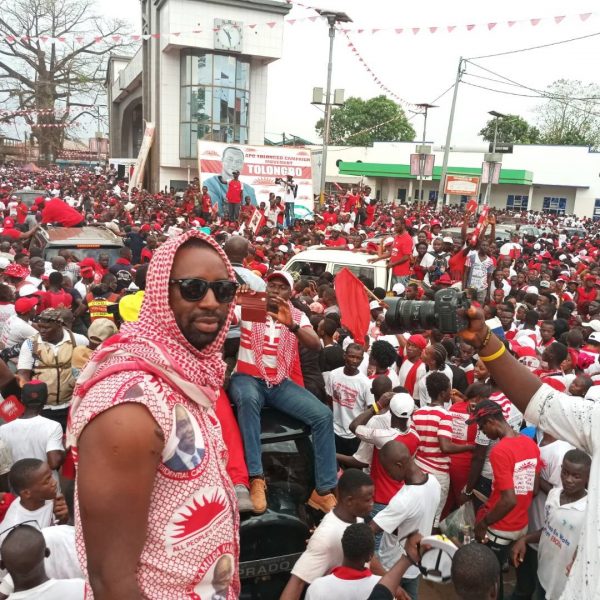 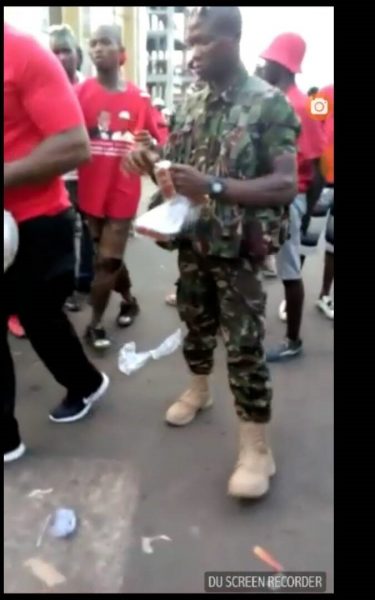 I was made to understand that before Elections Observation Missions are deployed in country, a technical advance team would normally be in the country about a month to observe and monitor activities prior to the elections. So if the European Union Elections Observation and the ECOWAS Missions did that, how can they not see or hear about the following: that just a few weeks to elections, the ruling APC party government changed the Military and Police High Command? How would they not know that in order to get the rank and file of the Police and the Army in its favour, the APC government offered promotion as an inducement? 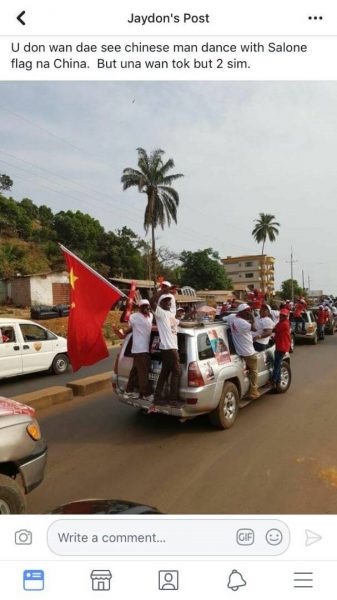 How would they not have heard the Police Inspector General, Richard Moigbe boasting on radio that eight months of backlog rice supply to the Police was provided in the month of February just a few weeks to such a critical election? If that is not an inducement, I wonder what it is then. 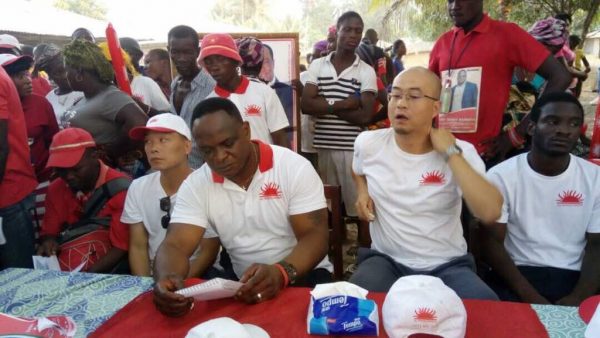 None of these concerns made the European Union Elections Observation Mission’s Preliminary Report nor that of the ECOWAS. So what really were they observing?

Following the close of polling at about 5-6pm on the 7th March, counting was done in every polling station. Were the Election Observers there? Did they noticed that some NEC staff entered false and wrong numbers for some political parties on the Tally sheets, while party agents were jubilating for their good results? Did they not realized that some counting went on from 6pm on the 7th March to 6pm on 8th March because party agents discovered the fraudulent behavior of some NEC staff? 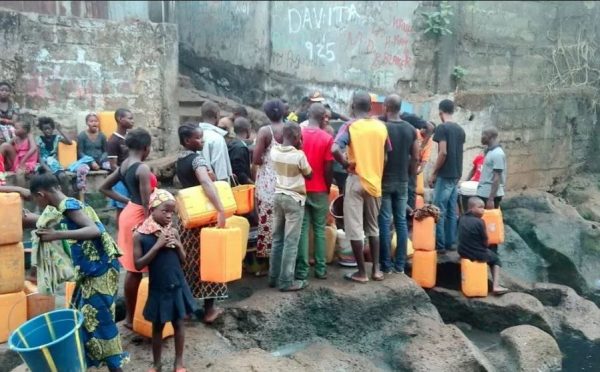 Did observers endeavour to tally results from polling stations to ensure these results did not surpass the 300 voters per polling station limit? If they did, why did they not pick over voting and other such irregularities that political parties drew NEC’s attention to? If they did pick these irregularities, how then were they so quick to stamp a seal of “clean election” to a process that was not that clean? 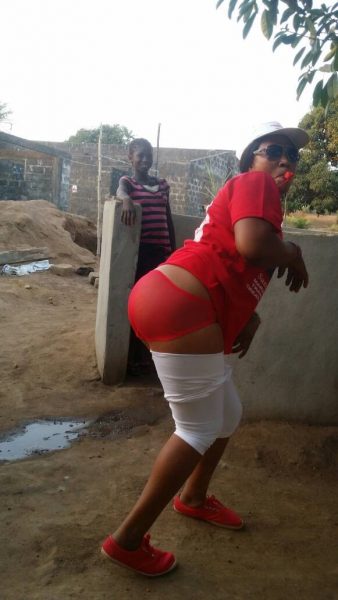 Apart from these, didn’t the observers see the public nuisance that was displayed by one half naked APC male and an APC woman showing off her butt? Are these what we should be exposed to? With all of these, how can the Elections Observation Missions hurriedly pronounced these elections as “transparent and credible”?

It is not expected that all Elections Observers may be aware of all of these tell-tale signs of vote rigging because these are not part of what obtains in especially European countries but we cannot excuse our African brothers and sisters for these slight. So as we move forward towards a Run-Off election on March 27th, 2018 we are asking all Election Observers not to sleep on their wings and not to run to endorse the elections before they have all the facts.