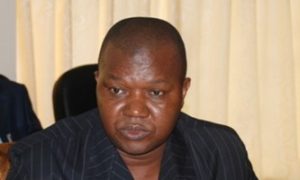 When in 2009 the government set up the much-trumpeted Gbamanja commission of inquiry on the poor performance of students at basic and high school education levels comprising eminent erudites, hopes were high that at last, a durable remedy to the nose-dive in secondary education will be found. But after trying to establish the causes of such an appalling decline in education standards with the prime object to fixing it, what the commission came up with was a lame attempt at addressing the symptoms of a perennial malaise that has plagued our education system over the years or perhaps, decades.

On the whole, the report including its recommendations is not progressive and forward looking, and is perhaps suggestive of the fact that those who sat in that commission are out of touch with the grim realities of our decaying educational system. The report contains some 19 recommendations categorized under “immediate”, “short”, and “medium” terms with many of them considered to be either abstract and mundane or unrealistic to say the least. I will endeavor to analyze the recommendations approved by the government in its White Paper released in July 2010.

Under the category of “immediate recommendations”, the commission among other things recommended the “modification of the 6-3-3-4 system of education to include a compulsory early child component, and extension by one year of the duration of senior secondary school. The system now becomes the 6-3-4-4”; the establishment of a teacher service commission “with a review of the conditions of Service of teachers as a top priority” and the phasing out of the two-shift system. But this recommendation came with a caveat that “additional classrooms will be built to accommodate all pupils in one shift.

Meanwhile schools should create more streams to accommodate pupils.  Pupils shall attend school from 8:30 a.m. to 2:30 p.m. daily with a 45minutes lunch break. Regular and punctual school attendance by teachers and pupils shall be enforced.” According to the White Paper, government accepts the recommendation of the Commission noting that it should take effect within a three-year period.

The start of this school year marks the three-year period within which the “immediate recommendations” should take effect. And whilesome principals I have spoken with have expressed optimism that adding an extra year to senior secondary education could help preparethe pupils to confront with better preparedness the West African Senior Secondary School Examination (WASSCE), there is growing concern that the following academic year will be challenging for  school administrators. This is because senior secondary schools will not be preparing candidates for WASSCE in May/June 2013, thus creating pressure for additional accommodation for pupils in the extended class. And this is happening at a time when one of the recommendations call for the elimination of the double shift system.

Now, here is what I’m still struggling to comprehend: school administrators introduced the two-shift system about two decades ago as a mechanism to cope with the growing number of enrollment in schools, and even with such a clumsy arrangement, schools are still  over-populated with an abnormal pupil to teacher ratio. And with the infrastructure of most schools still remaining as they were some two  decades ago, it is difficult to understand what will be the fate of those pupils whom the schools will not be able to accommodate as a result of getting rid of the double shift system.

But  let’s return to the introduction of the 6-3-4-4 system and consider  its cost-benefit analysis for both pupils and parents in the context of its academic, social and financial implications. Many teachers say an additional one year for pupils in senior secondary school means there will enough time to complete the syllabi ahead of the exams and by extension a better preparation to pass the exams. They are argue that under the almost abolished 6-3-3-4 system, pupils spend two years in senior secondary school instead of three years because schooling in the first year of secondary school starts late in the first term due to the late publication of the Basic Education Certificate Examination (BECE). They add that the late commencement of senior secondary schooling is compounded by the early conduct of the WASSCE, which accounts for the inadequate time to complete the school syllabi in preparation for examination.

This reasoning indeed sounds reasonable. However, on the other side of the argument, the concerns expressed by many parents, including my humble self are both social and financial in nature. In financial terms, an additional one year of schooling means a financial burden to meet an extra cost for parents, especially those struggling to make ends meet at a time of grim economic realities in the country. The social implications of such an extension also cannot be ignored, especially for the girl child whose vulnerability in countries like Sierra Leone means they are exposed to multiple risks. And for that girl child whose parents cannot meet that extra cost for a fourth year in senior secondary school, she could be confronted with unpleasant options of early marriage, dropping out of school and/or could be a victim of teenage pregnancy if she is unlucky.  Added to this is the psychological agony of those pupils who had earlier thought they would accomplish their university undergraduate education within 16 years.

Meanwhile, for the “short-term recommendations”, the commission asked among other things that class sizes be reduced to 50 pupils; a review of teacher recruitment process and to put a ceiling on the employment of teachers; the training of all untrained and unqualified teachers in the country through well-structured training programmes and training of all heads of schools and colleges on educational administration and management in computer application. While the government in its white paper accepts the above recommendations, it did not however, subscribe to the call for putting a ceiling on the employment/recruitment of teachers.

This is an interesting paradox. One the one hand, the government says education ranks high among its priorities in its so called “Agenda for Prosperity” while at the same time, endorsing a recommendation of a commission that effectively seeks to throw secondary school pupils out of school. This is because even with the status quo, the schools cannot cope with demands for enrollment. And to agree to cut down on the number of pupils in class coupled with the eradication of the shift system when the number of classrooms in almost all public schools effectively remains the same, is tantamount to halting the academic pursuit of many pupils seeking to transform their lives through the surest means, education.

The overall implications of the recommendations of the Gbamanja Commission also means that for the first time in the recent history of the secondary education, school candidates will be not be taking the WASSE this academic year. And this also means that for the 2013/2014 academic year, only private candidates taking the WASSCE could enroll for university education. And for those candidates who consider the extension of senior secondary education to four years as a waste of time, they will have to create business for the mushrooming “syndicate classes” whose only business is to teach candidates to pass exams. As a consequence, the universities will be provided with students that are not rounded enough to handle the rigours of university education.

In the final analysis, while one will understand the backdrop against which the Gbamanja Commission made its recommendations, I will not hesitate a moment to describe the performance of the commission as a missed opportunity because it addressed only the symptoms and not the fundamental causes of the country’s shameful decline in the performance in public examinations.