His Excellency President Dr Julius Maada Bio has commissioned 16 infrastructure sub-projects completed by the National Commission for Social Action, NaCSA, and handed over schools and health centres to the people of Gbinti, northern Sierra Leone. 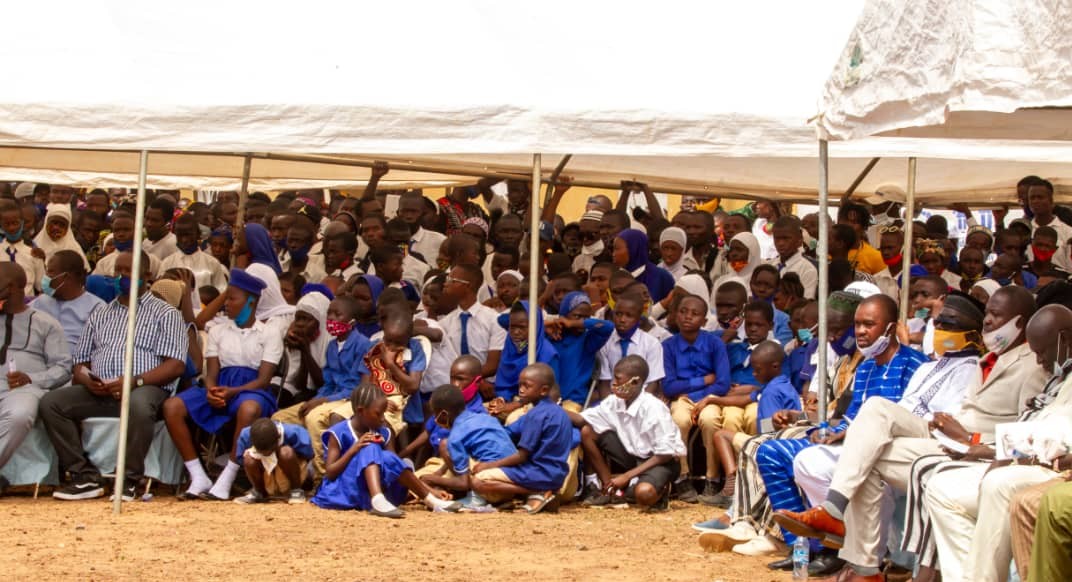 With funds from the Government of Sierra Leone and the Islamic Development Bank, Chairman of the occasion and Minister of Health and Sanitation, Professor Alpha Tejan Wurie, also a native of Gbinti, said they appreciated President Bio for choosing Gbinti to launch the NaCSA infrastructural project for the North. He added that the rural town in Dibia chiefdom, Port Loko District, had produced well known Sierra Leoneans who were serving as officials in the government.

The Commissioner of NaCSA, Abu Bockarie Kokofele, said it was an important day for the people of that part of the country, adding that the teachers, pupils and the people of the chiefdom would never forget the development of the government of President Bio. 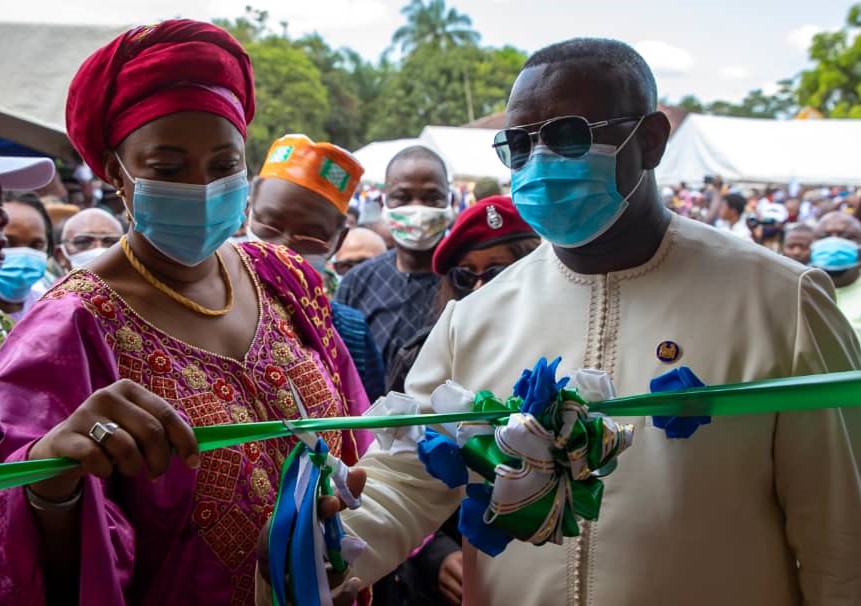 “Today, Your Excellency is another opportunity to showcase the great work that your government is undertaking for the people of this nation. Today’s event provides an opportunity for us to report just a little out of the many achievements that we have made this year.

“We also report the relief support that you directed for persons with disability during the first and second COVID-19 mitigation lockdown, the emergency cash transfer for petty traders and other people in low-income brackets,” he reported.

He further disclosed that there were other massive infrastructural investments in seven rural growth poles in four districts, including water wells, boreholes, solar electrification, and fish ponds as part of what NaCSA continued to offer for the people of Sierra Leone.

Before the symbolic handing over of the facilities, President Bio said that although he was visiting Gbinti to formally commission and hand over a total of 16 out of the 30 community infrastructure projects that the government had completed through NaCSA, he was also very hopeful that they would benefit the people of Northwest, particularly those in Dibia Chiefdom of Karene district.

“The 16 sub-projects in the North and Northwest regions that we will hand over today include 7 Primary Schools, 4 Junior Secondary Schools, 4 Community Health Posts, 1 market and an ambulance that will add to your fleet in the region.

“As you all may be aware, the key focus of my administration is Human Capital Development, in which we emphasise Free Quality Education, Health Care and Food Security. My government aims to deliver opportunities for education to children in every community in Sierra Leone. God being our support, we will also boost health care delivery and agricultural support in all rural communities to bolster a healthy nation with well-fed and happy people,” he emphasised.

President Bio reaffirmed his commitment to bringing education to every doorstep in the country, noting that Gbinti was just one of the major beneficiaries of that round of direct support to communities to have two brand new schools, one primary and one junior secondary school.

NaCSA is a semi-autonomous government agency which augments the work of social sector Ministries and Agencies and local authorities in delivering social services to deprived and remote communities across the country.