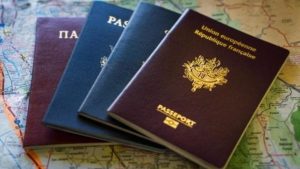 According to the report from the Constitutional Review Committee (CRC), delivered to the President in January 2017, Section 75 and 76 of the 1991 Constitution should be replaced, to enable citizens by naturalization to hold Public Office and Elected offices, except that of the presidency. The CRC mandate was not limited to the review of the 1991 Constitution but was also done line with the Peter Tucker Report of 2008, and to propose amendments to it.

They further went on to recommend that the right to dual citizenship should be included in the new Citizenship Chapter they proposed, which the government cleverly ignored in their White Paper published in Sierra Leone Gazette Vol. CXLV111 No. 79 of Friday 10th November, 2017.

The government response was, “Government notes this recommendation but believes that matters of citizenship that guarantees matrilineal citizenship and supports women’s empowerment need not be elaborate in the Constitution but should be addressed in other legislation. In this regard, Government is pleased to report that the Citizenship (Amendment) Act, 2017 now provides for citizenship by birth to be acquired directly through the mother.”

Of all these various dimensions the government only chose to respond to citizenship with reference to gender. This is shocking as they keep saying that it was only brought to their attention when Lawyer Francis Gabbiddon wrote an article on dual citizenship, in October 2017.

Several references in the CRC report point to the fact that dual citizenship should be allowed to continue and this was supported by the vast majority of the people during the public consultation process.
“The CRC weighed all the arguments that had been put forward for and against the principle of dual nationality and concluded that the overall evidence and weight of public opinion was in favour of dual nationality…”

Furthermore, section 7 of the Citizenship (Amendment) Act 2006 allows Sierra Leoneans to have dual nationality and resume their nationality lost due to Section 11 of the 1973 Act.

A new amended section was added which states: “19A. Where any citizen of Sierra Leone, being of full age and capacity, has at any time-(a) acquired the citizenship of any foreign country-(i) by birth; or (ii) by any voluntary or formal act; or (b) done any act or thing the sole or primary purpose of which or the effect of which was or is to acquire the citizenship of a foreign country, and that person ceased to be a Sierra Leonean citizen by reason thereof, he may, if he so wishes resume his Sierra Leonean citizenship.”
The CRC acknowledged the fact that many African countries have changed their laws to allow dual citizenship. Amongst those that have changed their laws within the last decade are Ghana, Gambia, Kenya, Rwanda and Sierra Leone.

Several papers were presented to the Committee by the Sierra Leone Labour Congress (SLLC) recommending that people with dual citizenship should not be eligible to contest for the Presidency, and also proposed a three-year residency requirement for people contesting for the Presidency: “the Sierra Leone Labour Congress agrees that only candidates that are members of political parties, nominated by their parties should partake in presidential elections and such candidates should be at least forty years old.

Additionally, the Human Rights Commission of Sierra Leone (HRCSL) made a submission to the Peter Tucker Constitutional (PTC) Review Commission on 29 July 2007, and also endorsed the PTC Report recommendation that there should be a chapter in the revised Constitution specifically on citizenship. HRCSL proposed that this chapter should include the provisions relating to dual citizenship that had been enacted in the Sierra Leone Citizenship (Amendment) Act 2006.