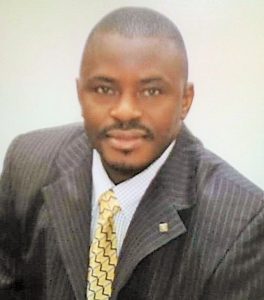 The new Coronavirus  pandemic is not  only wreaking destruction on public health and global economy but disrupting democracy and governance worldwide. It has hit at a time when democracy was already under threat in many places, and it risks exacerbating democratic backsliding and authoritarian consolidation. Ironically, some governments have used the pandemic to expand their executive power and restrict individual rights. Over the past months, most countries have restricted public gatherings and citizens freedom of movement, and more than fifty countries have declared states of emergency. Of course, the pandemic requires extraordinary measures. But such responses should meet basic time of necessity, transparency and proportionality. (Photo: Ibrahim Sourie Mansaray, author)

There are already signs that some governments are using the crisis to grant themselves more expansive powers than warranted by the health crisis, with insufficient oversight mechanisms, and using their expanded authority to crack down on opposition and tighten their grip on power. It is hoped that the pandemic may not harden repression in already closed political systems, accelerating backsliding in flawed democracies, and further bolstering executive power in democratic countries.

In Hungary, for example, a new law allows Prime Minister Viktor Orban to rule by decree indefinitely, without any parliamentary oversight. In the Philippines, the parliament passed legislation granting President Rodrigo Duterte nearly limitless emergency powers. Similarly, in Cambodia, a new draft law on national emergency would give the government unlimited access to martial power while drastically curtailing citizen’s political rights.  As one may wonder, the pandemic is leading to a rapid expansion of executive power around the world, with potentially dramatic shutdowns, and blocking of social media platforms, stepped up surveillance or punitive laws and regulations for online activities. In Iran, military leaders appear to have assumed significant decision making authority in managing the responses. In countries where military actors have a history of human rights abuses, ceding more policing functionaries to the military may have problematic implications. In South Africa, there are cases of police officer and military were reported to have used excessive force in the first few days of the lockdown and in Kenya,  human rights groups decried security force abuse in enforcing a curfew.

The varying success of different types of governments at managing the crisis may reshape the important global debate about the relative desirability of authoritarian and democratic  governance. Both China and the United States are already  fighting for control over global perceptions, with President Trump branding the virus as “made in China” and the Chinese government investing in English-language propaganda to defend its high tech authoritarian approach. Given the severity of the crisis, short term postponements are understandable. In many countries, holding elections under the current context would create significant risks for voters as well as poll workers. In the coming months, it will be essential to monitor whether governments that postpone elections set a clear timetable for rescheduling the vote, in coordination with all relevant political actors .   The president of Sierra Leone declared a year long  state of emergency to curb the pandemic. To some, especially the ruling Sierra Leone Peoples Party stalwarts, it is the best form of controlling the rampaging menace of the virus, whereas to members of the opposition APC party, the president is taking advantage of the crisis to further weaken checks and balances and erode mechanisms of accountability, thereby entrenching his position on  power.

The pandemic threatens to upend electoral processes around the world. The United States has already delayed several state-level presidential primary votes, and candidates have curtailed rallies and retail style campaigning. In the coming months, elections are slated in Burundi, Malawi, Ivory Coast and elsewhere. Putting off elections means that citizens are deprived of their right to choose their leaders, at a time when leadership choices are of paramount importance.

There is a risk that governments may use the current need to restrict public gatherings as a pretext to crackdown on the wave of antigovernment protests that have roiled global politics over the past several years. In Algeria, for example, where major protests last year pushed the government toward some political reforms, authorities have banned all protests, marches, and demonstrations. In Sierra Leone, the state of emergency  bans all demonstrations, public gatherings. Is the government really safeguarding its  own rules or unable to even maintain its own laws? Recently, the president suspended the Resident Minister of the North for inflammatory speech he delivered to youths in the Northern Province. Many condemned the speech and the president acted swiftly by suspending the minister. A move that sent a message of no-nonsense from the president  towards reaffirming his  message . Just as the dust of adherence to his rule was settling down, supporters of the suspended minister gathered at the office of the ruling party pleading for his reinstatement, violating the emergency laws and   president’s call for social distancing.  The irony is, no one was arrested nor even cautioned by the law enforcement agencies. Imagine if the crowd had been organized by the opposition party of the APC, I guess some of its members would have been  guests at the Makeni prisons.

Sierra Leone’s government response to the pandemic is likely to be used to determine its efficacy in curbing the cirisis. During the Ebola and mudlslide  disaster, many saw the response of the erstwhile president as faltering and  any repetition of it in this pandemic will be catastrophic for the SLPP government. Crisis involving urgent medical needs ad scarce supplies inevitably present opportunities for smuggling, graft, price-gouging, and fraud.

Corruption undermines the effectiveness of public health responses, particularly if valuable resources are diverted from high-need areas of citizens are denied treatment if they refuse to pay bribes.

Sierra Leone should start looking ahead of the pandemic with fast-moving political effects of the crisis, perhaps even bigger wave of political disruptions that will be caused by the unfolding global economic crisis such as devastating increase in economic inequality, unemployment, debt and poverty as well as pressures on the stability of financial institutions, will put enormous strains on governance systems of all types.

Amid a new  crisis even more daunting in scale, there is a natural tendency for governments and individuals alike to be consumed by the urgency of near term domestic fallout from the pandemic. Just as the virus’s contagion respects no borders, tribes and region, its political effects will inevitably sweep across boundaries and continue to echo long after the health emergency has eased. There is an underlying message of the coronavirus;  though it may be damaging as it is, it has just strengthened the message that leaders should learn to build their home health systems  and institutions of governance as even the so called Powerful Nations have succumbed to the virus. Furthermore, it tells mankind that all what is being fought for in the world without a good health is vain. As we pray for coronavirus to end, we also pray that the alienable rights of the ordinary citizens of the world would be respected and restored.