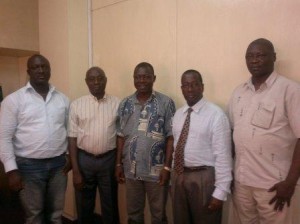 Since the matter between the IMC and Awareness Times newspaper is now in court, we will not attempt to comment on it. But suffice it to say that the IMC was set up by an Act of Parliament. In short, it is a state institution. Any attempt to undermine the work of the IMC, by anybody in authority, will amount to undermining the rule of law. That will surely lead to chaos in Sierra Leone.

We call on all concerned to protect the integrity of the IMC by respecting the institution and those manning it. Those who are trying to undermine the IMC are doing so at the expense of national security.

The eyes of the world are gazing at us. The matter between the IMC and Awareness Times newspaper is being carefully watched by not only Sierra Leoneans but the world at large.