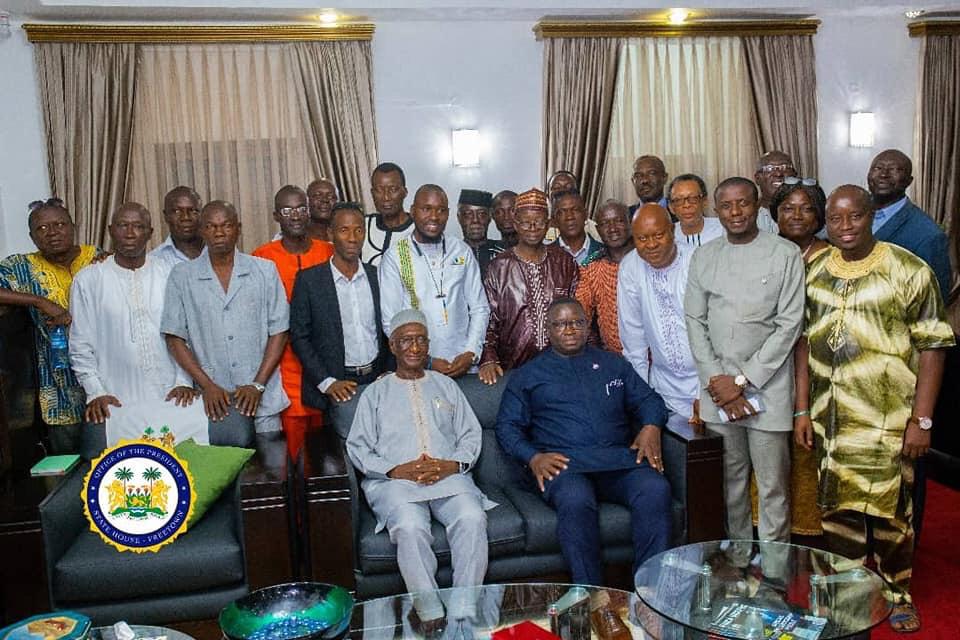 There was a seeming air of optimism among many Sierra Leoneans when President Maada Bio and the leaders of the 17 opposition Parties met at State House on 1st March this year. Most saw this gesture as a sign of grown up politics. The optimism was glaringly borne against the backdrop of our current political climate, where alternative views are apparently seen as a treasonable offence nowadays. The meeting was followed by the usual scepticism and suspicions. Despite the doubts about how genuine or well-meaning this meeting was, the majority of Sierra Leoneans would have heaved a sigh of relief that at last, our politicians no longer need adult supervision.

The meeting appeared to have put to bed the criticism; that the APC party has been suffering from political leadership withdrawal symptoms. Many continue to accuse the party that since it lost power to the current SLPP, it has been suffering from bouts of an adjustment disorder. Others believe that the party is struggling to accept defeat by the SLPP. We cannot deny that since the elections, the APC had raised several concerns about the conduct of affairs by the Bio government. Unless one is suffering from political myopia, certain concerns expressed by the APC may carry some genuine merits that required or may continue to require some scrutiny.

To all intents and purposes, the APC is expected to serve in opposition, as the tool of checks and balances to the SLPP; so as to prevent the kind of excesses we saw during the reign of former President Koroma. We cannot deny that sycophancy was the common political currency of the day, which saw Ernest Koroma ran roughshod over those who dared to stoop to conquer. But the APC should be wary, not to give the impression of opposing for opposition sake, or attempts make the country ungovernable. You cannot oppose because there is a verb, “to oppose”.

Unfortunately, some feel that the APC has woefully failed to carry through its political role as the main opposition party, in trying to act as the barometer of society and thermometer of public opinion. From a legal standpoint, I am bankrupt; hence my difficulty to pass judgement on whether the APC had a legal justification to ask for rules of evidence when some of their members were named as guests to the Commission of Inquiry (COI). Nevertheless, the party seemingly lost the moral high ground when it announced a collective boycott of the COI; if their demands were not met. Such a stance did not only muddle whatever genuine concerns they had, but it also generated a sense of defiance and chaos among the populace. It is no secret that as if on cue, some of their supporters overloaded social media outlets with threats and rallying calls for violence. It goes without saying that in spite of whatever genuine concerns the party may have had, such a move left many wondering whether the party was one for peace or violence. That was not clever. Sometimes, politics is about perception.

So when the leaders of the APC and the other opposition leaders met President Bio this month, many would have seen this as an extreme unction of the APC party. Amidst the doubts, some people were really hopeful. With a little hint of a doubt, I asked “Did President Bio & the Opposition shake hands with clenched fists?” in my last article (sierraleonetelegraph.com, critiqueecho.com, and voice of Binkongoh, 6 March, 2019). Many would have hoped that the handshakes were warm, genuine and open.  But the recent press release from the APC appears to have put paid to that. The party released a statement just 1 week after the meeting. In its press statement the APC party stated that “We wish to make it known to our members and the citizenry of Sierra Leone that the APC only attended out of respect for the Presidency. The APC would have ordinarily not attended because the President and his Government have so far not shown any respect for our revered constitution, rule of law, separation of powers and even the basic tenets of democracy and good governance”. (7th March, 2019). In their statement, the party gave a list of political and social breaches that they believe, the SLPP has engaged in since taking office.

Let us look at this press statement against that of President Bio’s invitation statement, that it was  “for a consultative meeting, in support of what State House referred to as the president’s inclusive governance approach to state governance, aimed at strengthening political engagement and collaboration.” (Sierra Leone Telegraph 03/03/19). You be the judge. Ok, now we know that the APC would “ordinarily not attend this meeting”. But they did. Why? “Out of respect for the Presidency”; not for the President.  So if the APC attended just because of the reason given above, why would Sierra Leoneans expect anything to come out of that meeting? Did the APC attend the meeting as a PR exercise or for the photo op? Did the reason for their attendance reflect that of President Bio’s “inclusive governance approach?” Was the attendance of the APC a charade, and did it have any genuine intentions? Did the APC attend this meeting because “An Umoufia man does not refuse a call,” He may refuse to do what he is asked; he does not refuse to be asked?

What this press release seems to achieve among others, is to lend credence to the suspicion that those hands shakes were made with clenched fists; and as we all know, you can’t shake hands if the fists are clenched. The APC may have genuine concerns and rightly so. However, such political gesturing, grandstanding and megaphone diplomacy could just deprive it of any merits, if any, it may have. The kind of approach the APC is taking has now left many people wondering whether the party is doing so for its own consumer market or for all Sierra Leoneans. Is the APC appealing to its base or the “the citizenry of Sierra Leone? Does this sound like a typical Trump territory; dancing to its own tunes? These political stands may appeal to the base camp, but it is conceivable that the majority of Sierra Leoneans might take a dim view of this, especially after Maada Bio has offered the proverbial “olive branch”

But as ironies go, the APC keeps reminding anyone and everyone, and rightly so, about our constitution. The APC never misses the opportunity to remind us about how “the President and his Government have so far not shown any respect for our revered constitution, rule of law, separation of powers and even the basic tenets of democracy and good governance”. Many would agree with the APC to question Bio’s interpretation of certain parts of the constitution since taking office. What many would struggle with is whether the APC is best qualified to lecture us on the constitution. Many would recall that they lost the election partly due to the adulteration of our constitution;  when Chief Sam Sumana, the then Vice President  was summarily dismissed in what many saw as an abuse of our constitution. This led to Kono District revolting against the APC by switching to Big Sam. The rest is history.

This kind of political posture may well appeal to its base, but the APC party must remember that you don’t win an election with your base alone. Regardless of who wins, elections should be a time for optimism and fresh approaches. That was what many people would have hoped for from this meeting. If the aim of the APC is to appeal to its base, it would do itself a favour to remember that “elections are won by men and women chiefly because most people vote against somebody, rather than for somebody. Following the new elections, is the APC saying that we learned nothing from the old?

Unfortunately, the party may have given the impression that while it is thinking about the next election, Maada Bio is thinking about the next generation. So who is the statesman here? The APC should know that, you learn more from losing than winning, and you can only do so by learning how to keep going. We don’t need adult supervision in our politics. The SLPP should also remember that winning an election is just one thing. What you do after winning is the most important thing. Sometimes,

cooperation is a higher moral principle than competition. The majority would support anyone who works efficiently. Leadership is not about the next election. It is about the next generation. Maada Bio would do well to listen to other’s concerns as well, even if, he does not agree with them. But throwing the baby together with the bath water may not be the best political highway back to State House.