State House, Freetown, Thursday 28 May 2020 – Representatives of the Inter Religious Council in Sierra Leone have held a meeting with His Excellency President Dr Julius Maada Bio at State House where they condemned hate messages and all forms of violence in the country. 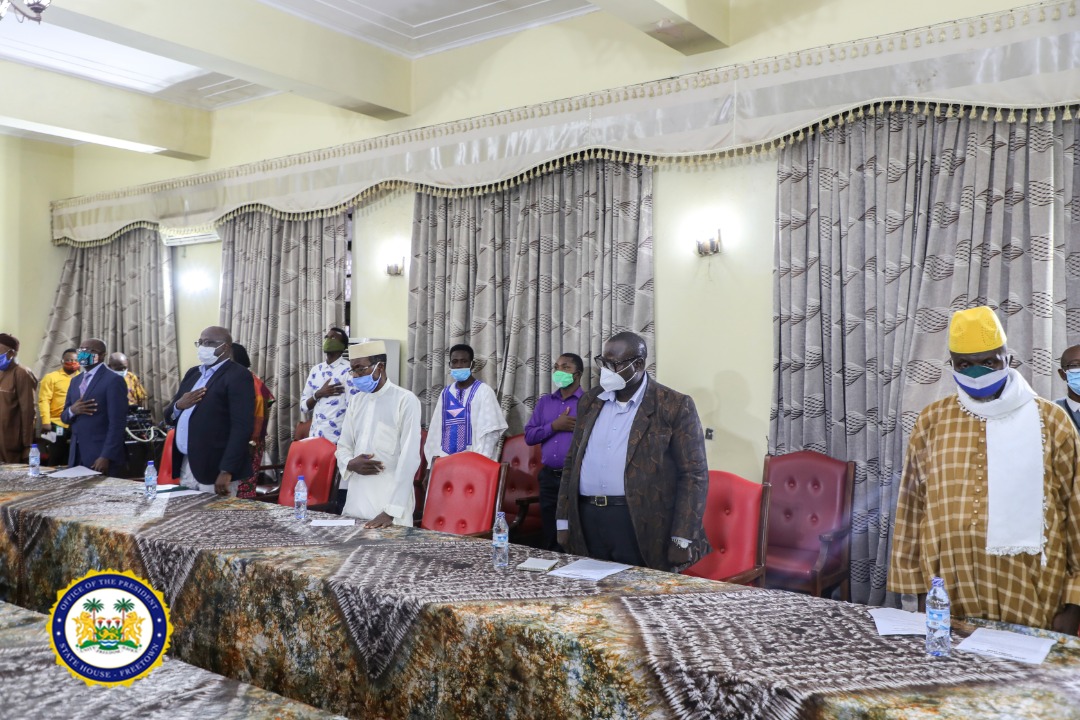 Minister of Social Welfare, Madam Baindu Dassama Kamara, thanked the religious leaders for honouring the invitation. She also commended them for adhering to government’s measures in the fight against the Coronavirus, COVID-19, pandemic and encouraged them to continue praying for the country to overcome the virus.

President of the Inter Religious Council, Sheik Abu Bakar Conteh, thanked the government for its untiring effort in the fight against the virus, saying that that commitment was to ensure a country that’s COVID-19 free and to reopen doors for economic development.

“We wish to reiterate our role as moral guarantors of the peace in Sierra Leone. In the wake of violent uprising in some parts of the country, coupled with hate speeches, incitements and misinformation by some unpatriotic Sierra Leoneans, we issued a press statement condemning in no certain terms such incidents and indiscipline which were becoming disturbing and unbearable. 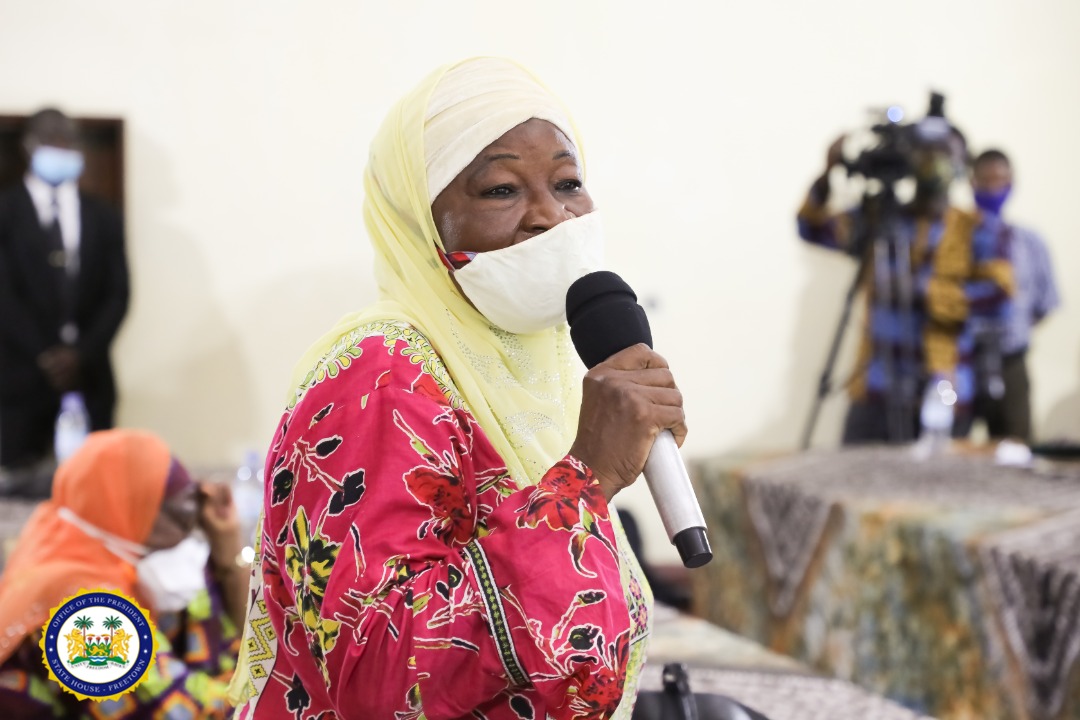 “We further appealed to the government to continue carrying out her responsibility of ensuring that her citizens live in peace and tranquillity by upholding the Constitution of Sierra Leone, promoting unity, peace and justice throughout the country,” he said.

He again mentioned that they were meeting to appeal to government to consider reviewing the sanction on the closure of Churches and Mosques, so as to help them overcome the great challenge of meeting their people and for ease of sensitization and education.

In his response, President Julius Maada Bio commended the religious leaders for their support to government in the COVID-19 response, adding that the fight required collective efforts. He also emphasized the use of face masks, saying that despite its inconveniences, it had proven to be an effective way of stopping the spread of the virus.

He noted that his government had always condemned all forms of violence because it was not in the interest of the nation. He also commended the religious leaders for standing against violence, adding that as moral guarantors they had an obligation to ensure that the country was safe and peaceful.

President Bio added that the meeting was part of his government’s efforts to be inclusive and to also discuss ways they could continue to worship in religious centres while taking into consideration all the COVID-19 and other health guidelines.