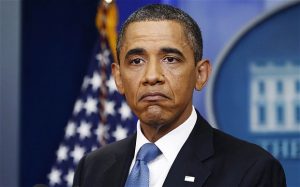 You cannot help but get a sense of doom, as the clouds gather around Syria. A palpable sense of déjà vu has been whetting the political taste buds of the big guys; as they gather around marble laden tables to decide the fate of the rest of mankind. In English, they call it The UN, but some would preferably see it as the world’s biggest and most expensive talking shop. No one needs a reminder that what is happening, in Syria is a concomitant effect of a lone Tunisian grocer’s frustration that has degenerated into pervasive in humanity.

As the world hold’s its breathe in this charade of “to be or not to be”, it is plausible to conclude that the die is cast; and that it is only a matter of time before Syria becomes a theatre of America’s gladiatorial supremacy. Opinions remain as to whether the “world” should act in response to the nefarious use of chemical weapons in the Syrian tribally religious cum ideological civil cold war. Got it? No surprises there, as Syria has all the ingredients that make up a recipe for a long drawn out war; should America decide to “teach” Assad a lesson.

You need to have the conscience of a chain saw to condone the recent use of chemical weapons in Syria; irrespective of who did it. But for evil to prosper, it takes the good men to do nothing.  President Assad’s regime is known to possess chemical weapons. But the million dollar question is “Who did it?”

Let us look at the theories at play here. When the Syrian saga unfolded four years ago, the Free Syrian Army categorically stated that it was an internal matter, and that they did not want or require any foreign intervention. The after effects of late Ghaddaffi’s demise was understandably a good reference point for their stance. But as the war wore on and the SFA found to their cost, that regime change was not a walk in the park, the clamour for “military aid” grew louder by the day; as President Assad raised the bar on the cruelty Richter scale. The SFA has been supported with arms by its “friends” like Qatar, Saudi Arabia, Turkey, The EU, the CIA, etc.  Death merchants from Yugoslavia have been doing brisk business from the remnants of the Balkans war.

(CNN) –Syrian President Bashar al-Assad should heed U.S. warnings to neither use nor move chemical or biological weapons, lest he risk crossing a "red line" and provoke a U.S. military response, President Barrack Obama said Monday."We cannot have a situation where chemical or biological weapons are falling into the hands of the wrong people," Obama told reporters at the White House. "We have been very clear to the Assad regime — but also to other players on the ground — that a red line for us is we start seeing a whole bunch of chemical weapons moving around or being utilized.”That would change my calculus; that would change my equation." By implication, Obama was saying that America will strike if Syria crosses” the red line”.

With this sledgehammer hanging over Assad’s head, and with the SFA crying out for direct intervention from the international Community, many cynics theorize that the SFA might have used locally produced or internationally sourced chemical weapons to provoke the international community from its slumber.The US alleges that Syrian government forces carried out a chemical weapons attack in Damascus on 21 August, killing 1,429 people. The Syrian government blames the attack on rebels fighting to overthrow President Bashar al-Assad, in a conflict that the UN says has claimed some 100,000 lives.

No one doubts the use of chemical weapons in this latest chapter of the Syrian saga; it is the question of the culprit that has generated the recent diplomatic wrangling. While France was engaging in megaphone diplomacy, the British parliament was quick to distance itself from any trigger happy response by voting against military action in Syria; no doubt haunted by the Iraqi experience. It is ironical that on the 24th.September, 2003, the former British Prime Minister, Tony Blair forwarded a dossier to the Uk Government. “."The document discloses that his (Saddam Hussein) military planning allows for some of the WMD to be ready within 45 minutes of an order to use them”. Talk about déjà vu and the rest is history.

With Britain becoming an active spectator on the diplomatic stage, Obama’s government was left with the uphill task of convincing an already militarily constipated American public on the need for intervention.  Mr Kerry urged “Congress to stand by Mr Obama, saying the president was not asking for a declaration of war, simply for the power to show that the US "means what we say." With Russia and China ready to provide a diplomatic roadblock to US intervention; courtesy of the UN Security Council vote, the stage was set for another summer of political horse trading on the diplomatic chess board.

So while Obama and Congress were gnawed by the question of military action in the blue corner, Russia and China were busy finding a way to throw a spanner in the works. The proposal “that Syria put chemical weapons under international control and then destroys them” was a rare sign of apparent agreement between Moscow and Washington. John Kerry said that "We have given our proposal to Syria's Foreign Minister Walid al-Moallem and are counting on a fast and, I hope, positive response,” Foreign Minister Walid al-Muallem said on Tuesday that Damascus was willing to become a party to the Chemical Weapons Convention, (Russian Interfax news agency), and that "We are ready to honour our commitments under this convention, including providing information about these weapons. What a result.

There is no doubt that Obama’s warning on “crossing the red line” had placed enormous burden on his shoulders; hence laying his credibility on the line. If Obama was to go to war with Syria, it would have been for the “fear of being thought weak”. That in it could be his hubris. With the Russian proposal to disarm Syria firmly on the table, and with Syria swiftly acquiescing to this, it has now become increasingly difficult to see how Obama and Congress can justify military action, as an answer to the Syrian crisis. With his detractors sensing a chink in the armour, Obama was quick to backtrack;” I didn’t set a red line, the world set a red line,” Obama said. “My credibility is not on the line. The international community’s credibility is on the line. And America and Congress’ credibility is on the line because we give lip service to the notion that these international norms are important”

Now that we have the stage set for further talks, the world could learn a thing or two from Tony Blair. Speaking in Downing Street about Iraq on 8 November, 2003, he said that "Conflict is not inevitable, but disarmament is." The hope is that the Russian proposal to disarm Syria of chemical weapons will be allowed by all parties to work. If it does, you’d wonder why it was the last and not first resort. Obama may be criticised by his nay Sayers for “making empty threats”, but they cannot deny that it was the same threats that may have hand cuffed Syria to a diplomatic table. And it is that scenario which puts the credibility of the UN Security Council under the microscope.

Why did the UN never considered disarmament in the first place? Why has the role of the UN been reduced to that of military rubble? To all intents and purposes, you will be forgiven to think that, one of the few times you hear about the Un Security Council is when it is required to rubber stamp a military action or not. In spite of all this, if Obama decides to strike Syria, will it be “for fear of being thought weak”? Where is Okonkwo when you need one?

The ball is now strictly in Assad’s court. It is in his power to avert an Iraq type situation, by allowing in the inspectors and following the UN dictates. He can deny America the excuse to wage war; now that Obama is afraid of “being thought weak”.