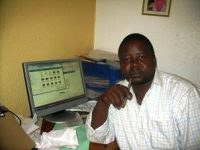 A lion never loses sleep over the opinions of sheep, but the current climate that is festering between the state and the fourth estate is worth having a cursory view. In the recent past, politicians, big wigs and some media practitioners have been paying quick visits to the CID, the law courts or the “famous” Pademba Road Prisons. The mutual angst has been the issue of “libel”. But what is “libel”? Simply put, there are four elements a person must establish in order to prove he or she has been defamed: (1) Publication, (2) Identification, (3) Harm and (4) Fault. Each of the four elements must be proven. For example, even if a story you have written meets the publication, harm and fault elements, a libel claim will still fail if you have not identified the claimant.

Libel is the publication – in words, photos, pictures or symbols – of false statements of fact that harm another's reputation. (Libel is a form of defamation. Slander is the spoken version of defamation.) Reprinting or re-broadcasting a libellous statement made by someone else (such as a quote or a letter to the editor) can also subject a publication to a libel lawsuit. However, if a statement is true, it cannot be the basis of a successful libel claim (an idiot’s guide to law).

In Sierra Leone today, the situation is becoming so confusing that disciples of the fourth estate now believe that even Political truth is libel; religious truth, blasphemy; and that the greater the truth the greater the libel. But a few are steadfast in their conviction that “If, to expose the fraud and imposition of  a system,  to promote universal peace, civilization, and commerce, and to break the chains of political superstition, and raise degraded man to his proper rank are libellous , they wouldn’t mind the name of “ libeller”  engraved on their tombs.

There is no denying the fact that journalists trade in pain, and by so doing sometimes make journalism look like “organised gossip”. With a few exceptions, the tendency for journalists to spread suspicion, to invent calumnies and propagate scandal, forms a major part of their DNA.  In most cases, it requires neither labour nor courage; for it is easy for the author of a lie, however malignant, to escape detection; and infamy needs very little industry to assist its circulation."

Sierra Leone is no different to other countries, where respected journalists have so easily been converted to political griots and character assassins. We see how, in dancing to the tune of their paymasters, they engage in vindictive hatred that only reminds one of yellow journalism. While some masquerade as provocateur extraordinaire, others on hire have resorted to “coasting”; a trademark of gutter journalism.

It is therefore not surprising at times, that those who see themselves as victims of the pen, or should we say desktop journalism, resort to frog matching their perceived assailants to the courts; much to the dismay of the Human Rights, Press Freedom, and Freedom of Speech brigade.  It is rather unfortunate that, at a time when our constitution is under re-construction, and when we should engage in meaningful debates on the entire issue of the truth or falsity, the involvement of the police apparently provides smokescreens for the pious to deflect attention from the real and central issues at hand. So instead of dealing with the veracity of the issue that generated the libel action in the first place, we are left with castigating or justifying the actions of the journalist or complainants.

When we look at them in perspective, libel actions, is an ornament of a civilized society. They have replaced, after all, at least in most cases, a resort to weapons in defence of a reputation.  Being defamed publicly can be one of the most painful experiences to endure. In the UK for example, where the constitution remains unwritten, the press has been left to its own devices for self regulation.  Unfortunately, a few bad eggs have misused that right to a free press; and the government is currently considering some form of regulation to curb such excesses.

But should we “criminalise” the libel law, because of the undignified behaviour of the few in this country?  Journalists are humans and can make mistakes. Defaming someone’s reputation can be a very emotive issue, but should we hastily lock up someone in jail, even before the four elements that constitute a libel claim have been proven; in court?  We have the Independent Media Commission (IMC); and I don’t believe that dishing out licences is their only role. Considering that the IMC has strict “codes of conduct” against which licences are issued to media outlets, is it not obvious that the IMC should be the first port of call for individuals who feel wronged by the press?  I am not legally minded, but I believe that taking out a civil action in a court of law could be another avenue for recourse. Another option could be the levying of fines, which is enshrined in the IMC’s code of conduct. No editor or proprietor would enjoy visiting his bank manager regularly because of the recklessness of an errant reporter. It may not be business friendly or cost effective for the proprietor but the lesser of two evils for all parties involved.

No one is suggesting that journalists are special species for special treatments; but locking up someone without trial, and for “free speech”, sounds a bit on the sledge hammer side. My layman’s view about “libel” centres on, a statement being proven as true or false; excuse my legal inadequacy. Journalists are sometimes intoxicated with the “breaking news” syndrome. In their race for exclusives and scoops, they may disregard even the most rudimentary tenets of journalism: “Check and cross check .If still in doubt, DONT PUBLISH”.  The tendency to run away with “poda poda” talk can sometimes too good to say “ leh dis pass me”.

Like him or loathe him, Ernest Koroma’s government has presided over an atmosphere with comparatively, greater press freedom. But in a bid to protect one individual’s reputation, can we afford to damage the reputation of a whole nation, and make it appear like it is suffering from a phobia of “free speech” or “press freedom? Are we happy to destroy our good reputation (yes reputation) of press freedom with what many see as “draconian laws”; just to insulate ourselves from the reckless excesses of the few educated illiterates?  Can our young democracy flourish in an environment where “free speech” is suggestively muzzled?  When the government fears its people, its democracy, but when the people fear the government, its tyranny.

But on the other hand, our “journalists” should remember that “press freedom” is not a “diplomatic licence” for immunity. Freedom of speech is not a privilege but a right; but that right to free speech comes with responsibilities. It should not be seen as a carte blanche, to use abuse and misuse our hard earned “freedom of speech” for cheap gains. Journalists have the sacred responsibility of preserving the rights to free speech, but when that responsibility is misused with reckless abandon, it becomes difficult to relate to the victim role. In most cases, you are left with the image of a toad that likes water; but not when it’s hot. Cynics will remind you that if you live by the sword, you die by the sword. My in law once told me that you cannot join a carnival for monkeys and not expect a tail to touch you.

The temptation to present fiction as fact can sometimes be irresistible.  I am neither a journalist nor a legal hand; and this is not a lesson on either. But it is very common to read reports about a “murder” case, when what has actually happened is, “someone was killed”. As I understand it, “murder” is a legal term that is usually arrived at, after due process of the law. Where someone has been killed, the courts decide on whether it was manslaughter, misadventure, accidental death, murder, etc. Intent, circumstances, etc usually come into play here. To accuse someone of murder, even before a verdict is given could be subject to a libel claim; especially if the subsequent verdict is anything but “murder”. Trial by the media is common place, and in most cases, the media hangs people before they are tried in court. But some newspapermen have learnt to call a murderer "an alleged murderer" and the King of England "the alleged King of England" to avoid libel suits.” If politicians have learnt to shoot without missing, journalists should learn to fly without perching.

Don’t forget to de-criminalise the libel law before you leave the room.