Do you call him a Taciturn, a reclusive or just a quiet politician who allows his actions to speak more than his words? It happened during the early days of the Green Revolution of the late Joseph Saidu Momoh of the APC . Momoh introduced a new scheme aimed at improving the decaying agricultural output of the country. As a result of poor implementation, the program flopped and the irony was that it heaped more hardship on the ordinary citizens of Sierra Leone. The erstwhile president and his team waged a robust campaign of defending the scheme. At the end, the hardship continued unabatedly and Momoh had to confess to the public that his policies failed. The good aspect of this leader was that he was honest to confess his weakness to the nation. Some considered it as a failure on his part.

The late Tejan Kabbah of the SLPP in his sense of sincerity informed the people of Sierra Leone that he knew of the coup that toppled him and had to inform his intelligence and security chiefs. What do you expect of a civilian president to do when a whistleblower informs the presidency of a coup? The natural course is to inform the military and other security apparatus to do the necessary checkmate. This developed into a quagmire for president Kabbah as he was castigated for his inefficiency by the opposition.

President Ernest Koroma may not spend the rest of his political vacation with eyes closed, especially when he instructed some people within his inner circle not to embezzle the dreadful Ebola Fund. It is a pity for a president who made some strides in developing some areas in the country, only for his party to lose an election to an opposition. 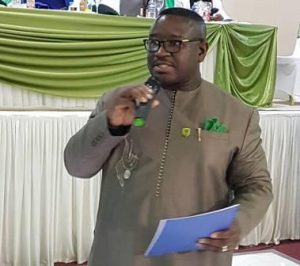 Maada’s politics seem to be different from the above politicians. He is quiet, taciturn, reclusive and thinks through the eyes of men. Even during the infamous NPRC days when some khaki leaders’ names were mentioned everywhere for the wrong reasons, Maada kept a distance and always worked behind the curtains. Is this the way he governs? Allow the actions to talk, talk ?

The first one hundred days just melted and the knee jerk pundits are in top gear. Some have described his tenure as awful, while others have started caricaturizing his mantra’ ,The New Direction” as “The Old Direction”. Much has been said in his early days of his five years political journey. Interestingly, he does not seem to budge or riffled or troubled by some of the hard times befalling the ordinary citizens. Is it that president Maada seemed to care about big stuff without troubling himself with little stuff? Is he relying on his simplistic vision for the country? Is Maada another Ronald Reagan of Sierra Leone whose party stalwarts hardly determine his next move?

Lots of political issues come in all shades of gray. In March 1983, Ronald Reagan called the  Soviet Union “an evil empire”. Speaking at the Bradenburg Gate in June 1987, Reagan stated his major premise: “We believe that freedom and security go together”. This was followed by his direct challenge to Mikhail Gorbachev, his Russian counterpart to open the gate of communism and tear down the wall, which Gorbachev did in November 1989. These declarative sentences define Reagan and his massive achievements. That is all what Americans should remember about Ronald Reagan. Reagan was a great president because he stood for what is great and enduring in the human condition.

Maada’s war on corruption will determine his success or failure. If he triumphs in this crusade and the people realize the fruits of this scourge, his leadership will resonate with generations yet unborn. If he fails to pursue it with due diligence, his name will be written as one of the leaders who destroyed his chances of becoming a statesman. The recent pronouncement of reckless driving by some parliamentarians, ministers and high profile personalities, the declaration of assets, the publication of the transitional report, among other issues are the yardsticks to judge the sincerity of Maada’s crusade. As a former soldier, this is a battle he should fight with sincerity and honesty.  It is a battle that will determine his zest to serve a country that he swore to protect and serve.

Great leaders are never forgotten for what they did for their country during tough times in their struggle to sanitize the system. The likes of Nelson Mandela, Kenneth Kaunda, Thomas Sankara, Kwame Nkrummah became household names for eternity as a result of championing a cause. Maada will only be remembered if he fights this fight with a genuine, committed and dedicated spirit to save generations yet unborn.