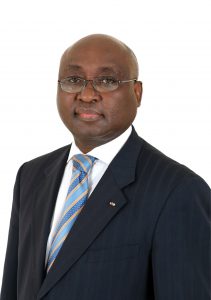 ARUSHA, Tanzania, May 31, 2012/ — Japan's Senior Vice Minister of Finance, Yukihisa Fujita, announced today, at the African Development Bank's (AfDB) Annual Meetings (http://www.afdb.org), the Japanese government's intention to provide another USD one billion over the next five years for a second phase of the Enhanced Private Sector Assistance (EPSA) for Africa Initiative, as a follow-up to the G8 Camp David Summit which took place from 18-19 May 2012. Mr. Yukihisa made the announcement during a joint session with AfDB President, Donald Kaberuka, and President of the Japan International Cooperation Agency (JICA), Akihiko Tanaka.
Speaking at the joint session, Mr. Fujita said, in Africa, we understand that private sector-led growth has been progressing well in various sectors in addition to mineral resources. In order to promote poverty reduction through accelerating this movement, Japan launched in 2005 the EPSA initiative jointly with the AfDB. Today, I am privileged to announce that Japan decided to provide an additional one billion USD in Yen loans over the next five years.
The renewed commitment comes after JapanR17;s achievement of a USD one billion funding target for the first round of EPSA, which was set at the Gleneagles G8 Summit in 2005.
AfDB President Kaberuka thanked the Japanese Government for their continued support, especially in times of fiscal austerity, and celebrated the impact of EPSA to date.
R20;EPSA has played a key role in the development of regional infrastructure critical to sustaining African economic growth. It has helped to turbocharge the AfDB;s private sector operations, which have taken a quantum leap forward, expanding nearly ten-fold over the lifespan of the first phase of EPSA. And it is building capacity for future growth through technical assistance and training for African enterprises and financial institutions supported by the Fund for African Private Sector Assistance; President Kaberuka noted.
During the first five years of EPSA more than 70 projects were launched, leveraging an additional 1.2 billion USD of AfDB financing with the potential to touch the lives of all Africans.
In his statement, JICA President Tanaka noted that, to achieve sustainable growth in Africa it will be crucial to strengthen industrial development and expand resource capacity. The private sector will be a major engine for such expansion. Using the EPSA framework, JICA and the AfDB will therefore co-finance further infrastructure development including in the transport and energy sectors and provide financial support to private sector activities.
About the Enhanced Private Sector Assistance Initiative (EPSA)
The Enhanced Private Sector Assistance (EPSA) Initiative is an innovative, multi-component, multi-donor framework for resource mobilization and development partnership to support implementation of the AfDBR's Private Sector Development Strategy. Drawing on successful development experience in Asia and around the globe, EPSA was conceived in partnership with the Government of Japan (GOJ), which has provided generous financial support since its launch in 2005 at the Gleneagles G8 Summit. More information is available at: http://www.afdb.org/epsa.