Public Servant rallying big time for APC[/caption]Just when America is inching its way back from one of its darkest days in history, just when America is returning to some form of optimism and fresh approaches, it may sound preposterous to say that Joe Biden did not win the elections. But that is the unspoken truth; for most elections are not won because people vote for someone but because they vote against the other person. On 6th June 2020 Biden formally won the Democratic Party nomination for the Presidential election, after faltering in the initial stages in Iowa and New Hampshire. So, what changed? Among other factors, Biden was seen as an experienced and safe pair of hands. Many democrats saw Biden as having a better “winnability” factor than the rest. Among Biden’s is closest rivals, Bernie Sanders had a populist view that largely appealed to the youth. Biden was seen as more broad-based while Sanders was confined to be a socialist; a taboo to capitalist infested America.

Donald Trump won the 2016 elections, thanks largely to America’s unique system of democracy. He lost the popular but won the electoral vote. Among the myriad of factors, Trump was seen as an outsider, a new kid on the block who was going to be honest and “say it as it is”. Trump professed his allergy to political correctness. In addition, his Make America Great Again (MAGA) appealed to the inner feelings of groups that felt paranoid about their country being taken over. Despite Trump’s baggage of undesirable history including racism, misogyny, bankruptcies, law suits of sexual improprieties, his lack of experience in public office, he triumphed largely because he represented a fresh approach to American politics. In spite of her victory in the popular vote, Hilary Clinton was representative of “same old, same old”. 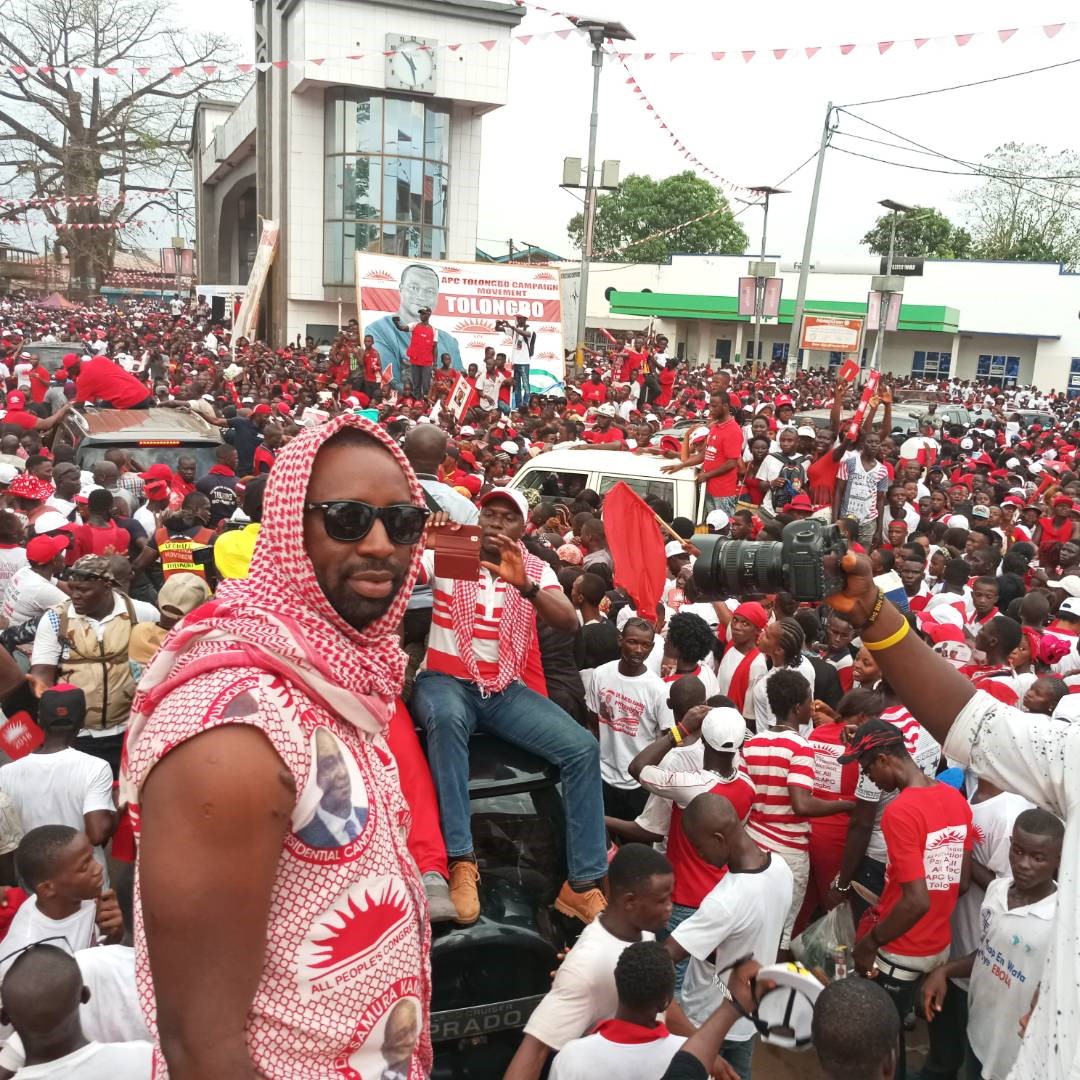 If we can apply a similar thought process to our situation in Sierra Leone, The SLPP did not win the elections in 2018; The APC lost it. Under former Ernest Koroma, we can’t deny that his government did not make visible strides towards national development, which earned him fond names like “Salone Messiah” and “World Best” by his admirers. There was significant road infrastructure, healthcare cover for under 5s etc. But mired deep in the mud were the scandals including the “Timbergate”, the mudslide, Ebola, and other constitutional gymnastics. As if that was not enough, Ernest sacked the elected VP Sumana and imposed Samura; he just did a Rubik’s cube with the vowels in their names.

Factor what the then SLPP Presidential candidate Julius Maada Bio had to offer Sierra Leoneans? He promised to fight corruption, which like an albatross was drowning the APC party. In addition, he promised to “plug the leakages” and provide Free Quality Education. The latter sounded like a vote winner, but many including me did not believe that he could pull it off. This was specially so, during one of his series of interviews with the BBC, when he could not account for how he was going to fund it.  Despite the mantra of “New Direction”, Bio did not have much on offer, in terms of hope for a change. But guess what? He won. No APC lost the election.

With the SLPP halfway through its 5-year term, and like Koroma, we cannot deny that Bio has made significant strides in the nation’s development. But like all before him, the perineal allegations of fraud, corruption, tribalism etc are beginning to dog his tenure. Factor that against the growing dissatisfaction about cost and standard of living, inflation, land grab (thanks to Sandicracy), cash shortage, the runaway dollar rate, and many more. Trump was floored by his personal ineptitude to deal with Covid and all its associated impact on life, employment and the economy. With his personal behaviour, his hubris and total disregard for decorum, he gave the electorate a lot of reasons not to vote for him. Many voted for Biden because they did not like Trump; not primarily because they liked Biden. Is that why some are describing Bio as one term president?

So, what does this show, in part? Our political cycles and its landscape just go to show that our elections cannot and do not give our country a firm sense of direction when it has two national parties which merely have different names, but are as alike in their principles and aims as two peas in the same pod. Soon, both parties will dedicate their time trying to prove that the other party is unfit to rule. The dilemma for the electorate to choose between the two becomes apathetically difficult, because  both are  right and they succeed. Now you know why these parties and leaders appeal to our base instincts of tribalism, regionalism, religion, nepotism and all the isms for our votes. They basically have nothing new to offer. We know for sure that when elections are coming, peace will be declared, and the foxes will profess their sincere interest in prolonging the lives of the poultry.

What is facing the Republican Party in America can be likened to what happened to the APC, in the aftermath of Bio’s victory in 2018. They cried wolf when Bio launched his crusade against corruption. They threw their babies out of the prams, played the victim role and sobbed their eyes out for public sympathy. But where did that get them? Let me hasten to say that I am not a member of any organised political party. I am a Democrat. But like any keen observer, some of us just want an effective opposition. Democracy demands an opposition; not blind opposition to progress but opposition to blind progress. Many of us expected the APC to do a rain check and do a balance sheet on where they went wrong. Instead, we got a semblance of a party engaged in infighting, pampered to a minority base that threatened instability and generally lost its sense of direction.

So, what can the APC do, if it wants to get back to power? The APC needs to give the electorate and especially their supporters a candidate with the winnability factor. They need to be honest with themselves and admit that Samura Kamara does not have it. Far from being personal, among other issues including “You sabi am?”, Samura represents one of the angsts people had about him; because he was selected by Ernest, not elected by the party. Besides Ernest, no other party stalwarts joined him or campaigned on his behalf after his selection.

With the APC convention coming up, the tongue wagging on potential Presidential aspirants is downloading. Palo Conteh and Joseph F. Kamara (JFK)have been muted as a potent double act to get APC back to State House. Thanks toh is recent brush with the law, which led to what some saw as wrongful arrest and detention, he is bound to enjoy some sympathy votes. Some have cautioned whether his arrest and detention would disqualify him to hold office. But was he found guilty before he was pardoned by Bio? Even Bio’s pardon, though well meaning in tempering justice with mercy has been criticised by some legal minds; that it was done midstream of the legal process.  With JFK in tandem, some hope that he was close enough to learn from the mistakes of the Koroma regime. Besides, many see him as the Defender of the APC party.

Since Trump reluctantly vacated the White House, the Republican party is virtually in turmoil. He continues to haunt the party as members agonise on whether to stick or twist. Some Trump supporters who expected immunity for their January 6 aberration are beginning to feel betrayed as Trump fights to protect himself. Are there any lessons for the APC to learn here? Should the APC put its house in order and pivot for the next election? Did you see Bio’s recent cabinet reshuffle? Was this in preparation to lay out the roadmap for the next campaign and election period?

If the APC is to find a route back to State House, it will have to start with their leadership selection. But oh dear, there is the small matter of the return of the Prodigal Son. As the plot thickens with the smell of blood on the carpet, don’t forget that like Trump, Bio did not win the elections. Ernest lost the elections.