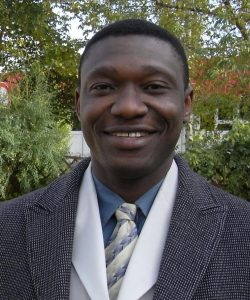 I always thought that every medical practitioner is humanitarian conscious, but I was wrong.  I recently learnt that there are many hot spots in the world where humanitarian calls are being deliberately ignored by a group of people mislabeled as rescue servants, but the most notorious one could be found in the compound situated at Kombema Road, opposite Kenema town field, labeled as government hospital.  Most of the people in this compound are more of carpenters than health workers because they have nails in their bags ready to be hammered home into dying people’s coffins in order to keep their own pots boiling.   A glaring example to that was the untimely death of Saffie, a 31 year old school teacher.

"I’m told that Saffie has delivered at the health post next to her home but she is bleeding”, was Marie’s jerky and quivering voice on my Airtel line by 10:30 am, Kenema time.  She is Saffi’s younger sister and they had grown up in the same household in the eastern commercial capital of Kenema. The two and their family are originated from Largo Jasawabu, a village situated few miles from Kenema and they had been my friends since school days.

Two hours later, Marie phoned me again, this time round, with hue and cry after medical personnel have refused her access to her sister. “I’m told she is alive and bleeding, but they can’t let me in to see her in person”, she cried. Saffie and her new born baby were pronounced dead few minutes later after she had bled for hours without the required medical attention. When she began bleeding after delivering, the emergency center was contacted immediately for an ambulance. But according to one of the drivers, the ambulance had no fuel. So the million dollar questions one would like to ask are: how many ambulances are there in the hospital? Is it not a negligence of duty to park an ambulance without fuel hence it’s there to convey emergency cases? Is the driver responsible to decide when and to where the ambulance should be released?

Hundreds of pupils, mainly girls, converged to mourn Saffie. She attended and taught at the Kenema Islamic Secondary School. She was very beautiful and jovial but she is no more as a result of late and poor medical service.

I’m a Muslim and I believe that human being can die at any time; I also believe that most things in this world are decided by God, but I don’t believe in the philosophical claims that everything in this world, including Saffie’s untimely demise, was preplanned and predestined by God.  Because if that would be the case, nobody should need a medication. Questions and answers later revealed to me that someone sitting behind a desk was awaiting money in exchange of the ambulance.

This is just one of the countless untimely deaths recorded in and around Kenema as a result of callous and unpatriotic attitudes of medical personnel assigned to the hospital.

In early 2011, a friend lost his mother at the Kenema government hospital as a result of late diagnose, wrong treatment and lackadaisical response of medical personnel. One may find it unbelievable that the deceased had to spend more than two weeks in the hospital without any treatment awaiting electricity (was there no generator?) to conduct a so called X-Ray in order to prove what was wrong with her.  The X-Ray was done at last and it was interpreted several days later simply because the doctor in charged was on holiday.  Drugs prescribed and bought by the family were recycled again for subsequent payment. The most pathetic part is that all the time and expenditure went in vain, the patient died at last. Again, investigation later proved that the hospital had a very bid generator but someone in charged normally expect patients to fuel it, especially when they are desperate to survive.

I’m not necessarily allotting blames on doctors and nurses for 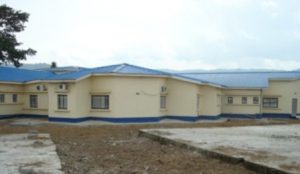 all the mortalities that are occurring in and around Kenema but I think an authoritative investigation into, and control of, untimely and preventable deaths like Saffie’s, is required by lawmakers.   This was her third labor pain; she was about 30 and strong enough to withstand it, but NOT the intermittent bleeding that lasted for hours without medical attention.

Between October and December last year, I personally accompanied four patients to the Kenema government hospital and the methods of treatment were unbelievably diverse.  Consultation fees were varied between Le 15,000 to Le 30,000.  This shows that the receptionists are either charging patients according to their appearances, or every doctor has his/her own price.  The one and only physician specialist, Dr. Rogers, retired few years ago and has been recalled again on contractual basis thereby making his service more expensive than ever before.  It’s true that the old man is perfect as my patients recovered quickly after taking his prescriptions, but, he was never reachable without his fabulous consultation fees.  I was wondering how many Sierra Leoneans living below the average are able to see him per day.

One of the patients I accompanied to the hospital was 21 years old Samai. The poor boy was struck by an inguinal hernia that rendered him socially embraced as his urine sack grew five times the usual size.  It kept striking him down often and painful.  The doctor (name withheld for security reasons) told me that the only cure was immediate surgery.  It was four days before my flight back to Germany.  He demanded the sum of Le 680,000 to be used as follows: consultation fees: Le30, 000; operation fees: Le250, 000; Anesthetics, theatre and drips: Le 120,000; post operation medication: Le200, 000; doctor’s professional fees: Le: 50,000; Admission fees for one week: Le 30,000. In addition to that, I was asked to buy my patient a drinking bucket, plate, flask, spoon and beddings.  To me, the above expenditure was nothing commeasurable to the boy’s life hence the surgery was successful.  Health is wealth.  But what triggered me to go to my editorial desk and plot this article is the doctor’s refusal to remove stitches from the poor boys flesh demanding another sum of Le50, 000 which he named “discharge fees”.

How could a doctor refuse to cure wounds he had caused? What a rubbish in the making in our beloved Sierra Leone!

When converted those charges into foreign currency, one might see it very little, but it’s unaffordable for most Sierra Leoneans.

President Koroma Sir, if your second term is going to be a success story you shouldn’t leave the Kenema government necropolis… sorry, hospital? unchecked. According to democratic principles, this is your last term, you have nothing to fear.