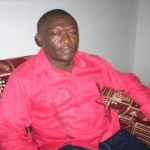 ISSUED BY THE KONO DISTRICT RAPID RESPONSE COMMITTEE IN RESPONSE TO THE RECENT SHOOTING INCIDENT IN KOIDU CITY ON BEHALF OF CONCERNED KONO PEOPLE IN SIERRA LEONE AND THE DIASPORA .
On the 3rd of September 2011, it was reported to this body of concerned Kono people that the Minister of Internal Affairs, Musa Tarawally was on an unannounced visit to Kono District accompanied by a very large convoy of heavily-armed state security entourage for an unknown purpose. A shooting incident by the armed security in the Minister’s convoy ensued in the District.
Whereas the matter is presently under investigation, we the people of Kono District regret to register our concern over the disturbance of the tranquillity of the District and the peace of its people. Owing to our violent recent past in Sierra Leone’s decade-long rebel conflict, the Minister’s visit has left in its aftermath, in the Kono District, a very panic and confused population.
We the people of Kono District, have in our possession, pieces of evidence that indicate that the Minister went to the District indeed heavily-armed and for the purpose of campaigning for the position of Running Mate. The Minister was to be introduced to the Kono people as the 2012 Running Mate to President Ernest Bai Koroma in place of the sitting Vice President and son of the soil, Chief Sam Sumana.
The resulting situation created panic, fear and confusion in the District and brought back undesirable and horrific memories of the rebel war and the untold destruction of lives and properties that was inflicted on the District and its people during the war.
We the people of Kono District also register our dissatisfaction with the shooting incident and the gross disregard for the Office of the Vice President and for the Vice President of the Republic of Sierra Leone by the Minister of Internal Affairs. This manifest disrespect was exacerbated over and beyond the shooting in Kono by a radio broadcast in Freetown on 98.1 [Radio Democracy] on the 5th of September 2011, when the Minister stated that he has respect only for the Office of the Vice President, not for the holder of the Office of the Vice President.
We the concerned people of Kono District therefore  consider the shooting and the manifest disrespect of the Vice President an affront to the Kono people who are privileged by the prerogative of the President with a sitting Vice President. Therefore, we hereby unequivocally condemn the shooting incident in Kono District and the disrespect in Freetown and urge President Ernest Bai Koroma to ensure a speedy conclusion of the on-going investigations and release an outcome.
We also wish to register our sincere thanks and appreciation to all those who in diverse ways demonstrated solidarity with the people of Kono during these trying times.
A solidarity march and rally will be held at the Fachima Hall in Koidu New Sembehun City in Kono District from Thursday, September 15 to Saturday, September 17 2011. We urge all Kono people in the District and outside the District and all sympathisers of the Kono people to show further solidarity by joining the peace march.
PHOTO: Musa Tarawalie, under fire from the Konos