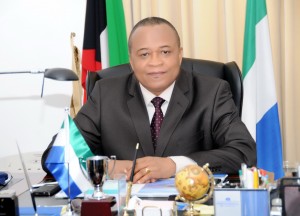 The Sierra Leonean Ambassador to the Arab Republic of Kuwait, Ambassador Ibrahim Bakarr Kamara and staff of the embassy have joint the endless queue of public dignitaries who are intermittently sharing the sad feeling of President Koroma on the death of his mother, Mrs. Alice Koroma, who departed for eternity few days ago.  Please click the following link to read the emotionally worded letter written by Ambassador Kamara and his staff to His Excellency President Ernest Bai Koroma: Letter of condolence