The Madingo Union in UK & Ireland (MU UK &I) laid out a sumptuous dinner, followed by dance at the Royal Regency Hall in London, UK on the 12/11/22. The occasion was well attended by a cross section of the Sierra Leone Diaspora from all over Europe, America and beyond. The event was graced by several dignitaries including H. E Fatima Bio, Mohamed Daboh, and many others.

The dinner was a gourmet of gastronomical excellence, which was culturally associated with the culinary arts of fine food and haute cuisine.  In true buffet style, the food on offer was a display of refined and elaborate preparations of aesthetically balanced meals that provoked nostalgic reactions from the taste buds of the attendees. You guessed right; Lafeedee was the “Plat du jour”, closely followed by the popular “Tiagee” (peanut butter soup). Enough of the food review, but the occasion was lavishly modelled on legendary Mansa Musa’s attributes for hospitality. 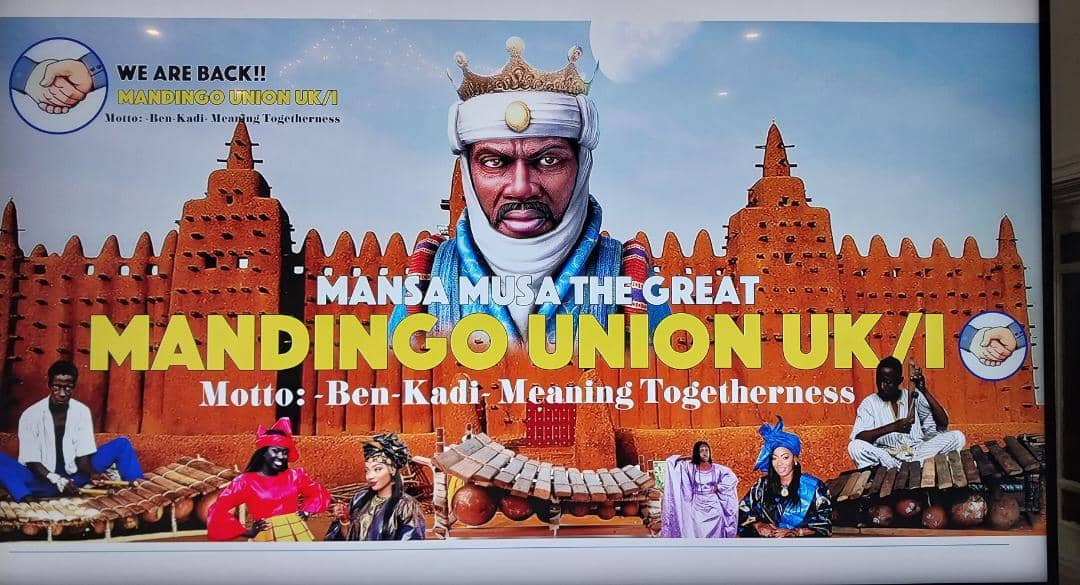 The occasion was co-presented Mrs Isatta Sisay Jalloh and the veteran Mohamed Dabo of SLBS fame.  Guests were serenaded by the angelic and euphonious voices by local artists Isha Cee, Gibril Mansaray (G-Bo-Kay) from Reading, UK. No Madingo gathering would be complete without the customary “Jayliba”, who treated the attendees with lyrics invoking the spirit and greatness of the Manday Empire and its Great Mansa Musa, the legendary patriarch of the Mande peoples.

Amidst the fun, fanfare, food, drinks and spirit of “dainbaya” (clan hood), MU UK & I launched one of its biggest projects to date: Food Security: Empowering Women Small Holders Project. The vision was presented by Isatta Sisay Jalloh, during which the accomplishments of MU UK& I were catalogued. The project report noted that food insecurity was the greatest threat to Sierra Leoneans today. According to the report, over 4.7 m people are food insecure, with over 5000 added to the list over the last five years in Sierra Leone. The report noted the deepening crisis of food insecurity between 2010 and 2020. 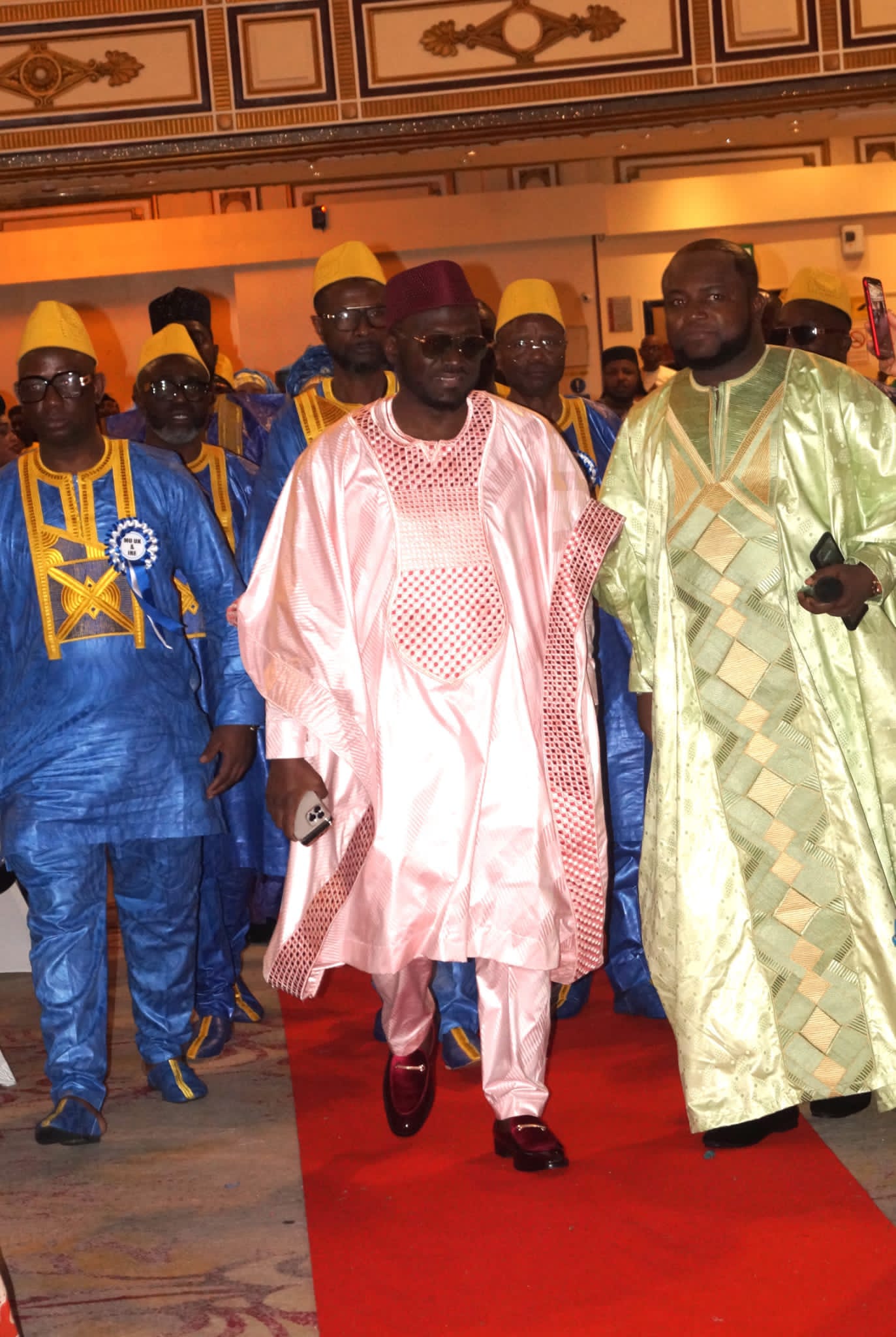 Furthermore, the report noted that this crisis is worse in rural areas with 3.3 m people as compared to 1.3m in rural areas. Correspondingly, it noted that severe acute malnutrition has increased from 0.6% in 2017 to 3.7% in 2020, thereby by resulting in high mortality risk. According to the report, one of the main causes of food insecurity and malnutrition in Sierra Leone is limited access to nutritionally diverse foods; with 85 % of children aged between 24-59 months not consuming diets that meet minimum and basic dietary needs.

The report further noted that the increase in the price of rice and cassava have connived to worsen the crisis. It also highlighted the backdrop against which such crisis is taking place in Sierra Leone; that the country has one of the world’s most abundant ecosystems with large swathes of fertile land and the highest rainfall in Africa. In effect, the report stressed that with investments, focus and national efforts, the country has in its power to utilise the natural resources abundantly available to address the ongoing crisis facing the nation.

The highlight of the evening was the launching of the Madingo UK & I Food Security Project 2023-2028. In his speech, the Chairman Alhaji Ibrahim Sheriff stated that one of the main objectives of the union is to contribute in addressing the food insecurity in Sierra Leone.  It aims to do so by involving women in the global campaign towards economic empowerment and sustainable food security programmes.  In addition, the union aims to secure funding and support through advocacy and lobbying, to empower women trough agriculture. It hopes to solicit cooperation from individual donations,  international agencies and multinational organisations.

During their speeches, the Chairman Mr Sheriff and Mrs Sisay Jalloh set out ways the organisation aims to accomplish these objectives. They include setting up processing centres and small scale agro -allied enterprises close to farms and their communities. It aims to establish relationships with research and learning institutes, source and secure micro-credit schemes and promote access to local and international markets with information and market leads.

It might be coincidental, but it is interesting that among several policies, programmes and topics discussed at the current 2022 G20 summit in Bali- Indonesia, global Food Security is the topmost concern in policy briefs taking up much of the T20 recommendations. The Policy Briefs contain recommendations and visions that are of interest to G20 policy makers. Among others, the  aims and targets were to attain global agricultural productivity and food security beyond four staple corps, digital transformation of Agri-food system, to create pathways for greater socio-economic inclusion, sustainability and international cooperation. In addition, the aim for global tracking of agrifood research and innovation for meeting food security and sustainable development goals were roundly discussed.

The Werdala Community in the Northern Province in Sierra Leone gave over twenty acres of prime farming land to MU UK & I. It is situated at an intersection between Kabala, Kerena and Manjoroh. The donated land spans an area including the environs of Sheriffula, Masansa, Mabgburla, etc. The announcement was sent to the union by Sheik Umar Fofanah, the spokesman and Youth leader Chernoh Foday Fofana, residents of the community of Werdala via a video clip. The gift of land was authorised by the local chief, Chief Alhaji Baba Fofanah.  In their message, Chief Baba Fofanah and residents expressed their gratitude for among others, the yearly contributions the MU UK & I had been making towards the various communities during the month of Ramadan. Other prominent members of the local community sent video message clips with prayers and supplications for the sustenance of the Union and its members. They expressed their hopes for the success of the MU UK & I Food Security Project 2023-2028. They called on all members at home and abroad, and all well wishers to join them in making the project a success.

In his remarks, the Chairman Alhaji Ibrahim Sheriff (MU UK & I) reiterated the aim of the Union, to ensure that the project comes to fruition within the targeted 2023-2028 timeframe. In his closing remarks, he stated that the Union aims to raise a minimum of an initial £ 50,000. (Fifty thousand pounds) for this venture. A fund raising segment was initiated on the night, and which saw thousands of pounds pledged and donated. It was a night to remember.

In response to the global appeal for the Madingo Union UK & I Food Security Project 2023-2028, please remember that “fundraising is the gentle art of teaching the joy of giving” Giving is not just about donating but making a difference, that builds possibilities out of generosity.

Please contact via phone and email to give generously: