After 10 years of planning and construction work, the new double lane Magbele Bridge along the Masiaka-Rogebere highway, funded by the European Union, was commissioned on Saturday 14th May 2022.

Good news: The new modern Magbele Bridge is ready! Big inauguration ceremony at the bank of the Rokel River near the village of Magbele! 10 years of hard work in planning and construction showed their success on this 14th May 2022 when people of all walks of life came together to celebrate a new era of connectivity. They joined the President of the Republic of Sierra Leone, Dr Julius Maada Bio, and the European Union Head of Delegation, Manuel Müller, for the inauguration of the Magbele Bridge.  Governments of Sierra Leone and the European Union have successfully worked together to finalize this bridge project funded by the European Development Fund. 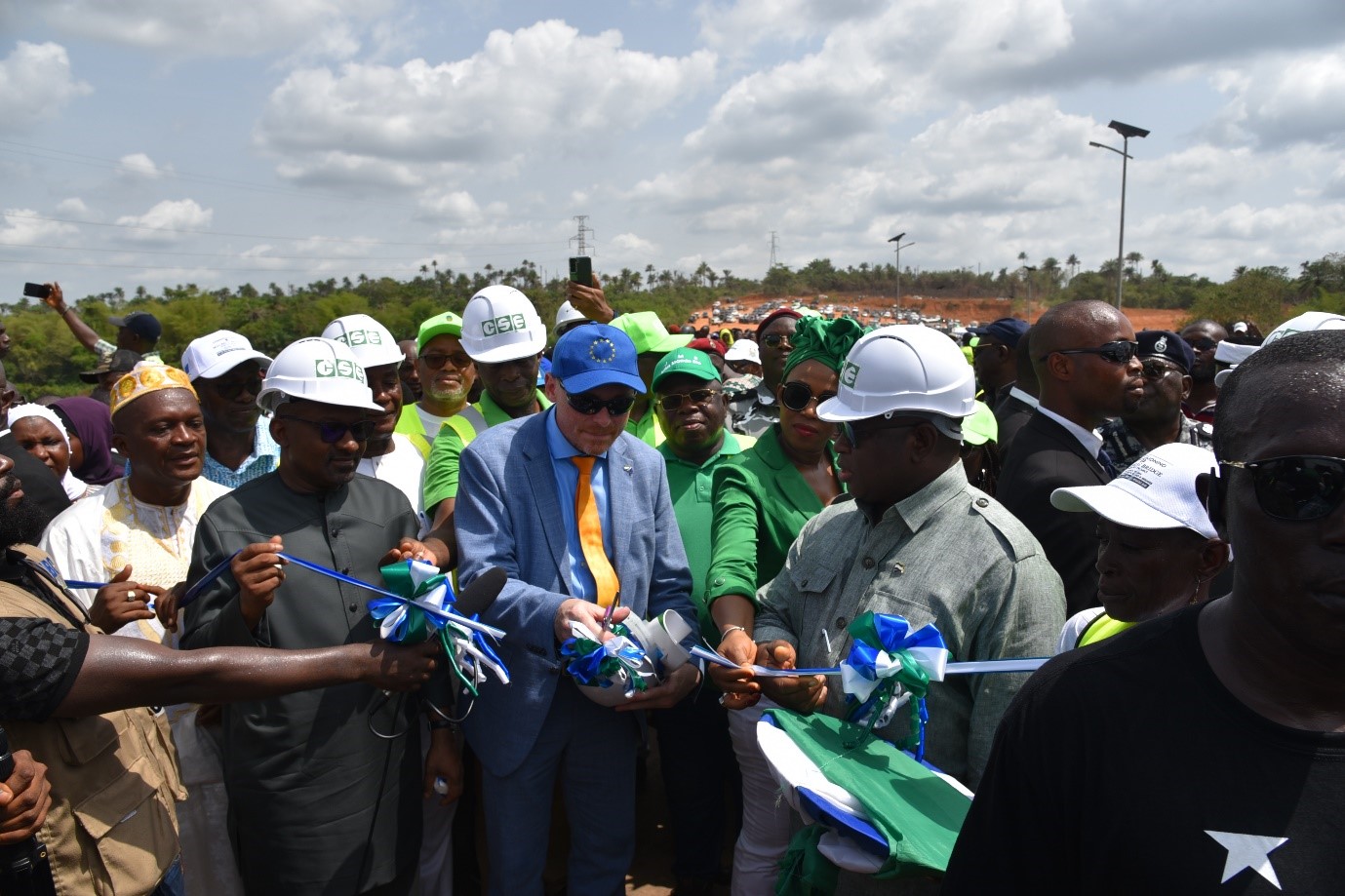 The Magbele Bridge is 163 metres long with double lanes across the Rokel River. The project also includes the construction of 264 metres paved road connecting to both ends of the bridge. The overall cost of the bridge were 4.9 million Euros. The new infrastructure also has a footpath for pedestrians, including solar lights, to prevent vehicular accidents and ensure safety of passengers travelling to and from Freetown to the North and North-Eastern regions of Sierra Leone and to the Republic of Guinea. This new infrastructure will improve the lives of many people living and working in Sierra Leone and West Africa.

The bridge, which is now open to traffic, replaces the dilapidated 66-year-old single lane bridge. The new construction forms part of the trans-West Africa road network that will boost regional integration, trade and commerce, especially between Sierra Leone and the Republic of Guinea. The network will facilitate access to basic social services, increase economic activities and connectivity in the sub region as well as reduce travel time and prevent the frequency of accidents.

Delivering a statement marking the inauguration, EU Ambassador Manuel Müller remarked that infrastructure development always requires a sustainable long term planning, explaining that the initial preparatory discussions and planning for the bridge construction commenced between 2012 and 2013, and the construction work started in March 2018. This, he noted, was geared towards producing concrete and sustainable results that have made all the partners proud of the outcome. 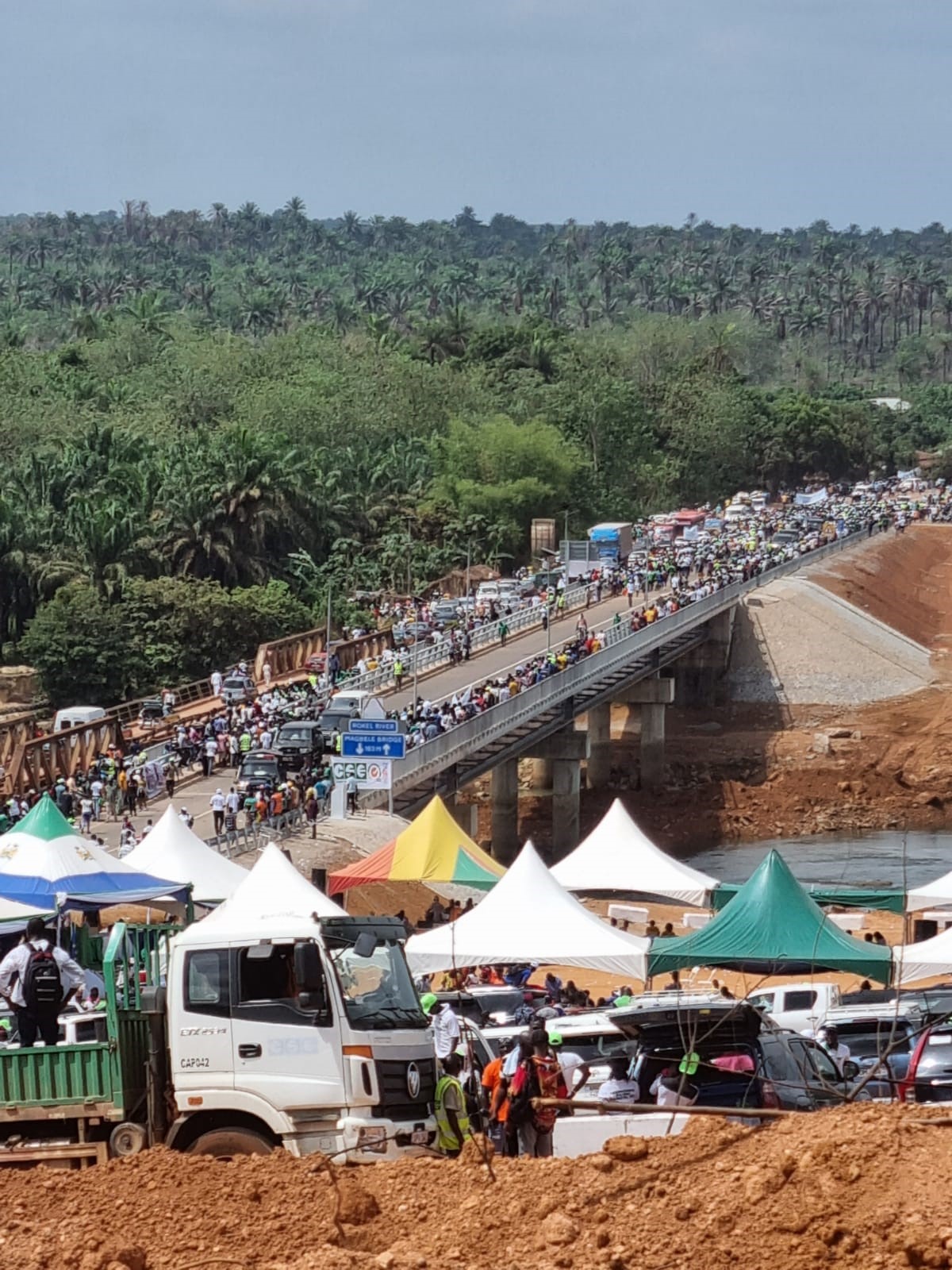 “Building bridges is important, also between nations”, said EU-Ambassador Manuel Müller. “It is not by coincidence that on the back of all Euro banknotes you will find drawings of bridge constructions. What we witness today here in Magbele also is part of a huge program of building bridges between nations, as this road is part of a network connecting the whole of West Africa. The European Union believes in the ‘Global Gateway’.” he said.

Underscoring the significance of the EU – Sierra Leone partnership, Ambassador Müller noted that beyond Magbele, Mabang, Moyamba and Bandajuma bridges, the EU and Sierra Leone have successfully worked on many road infrastructure improvements. This includes roads such as the Masiaka-Bo highway that involved the widening of seven bridges, 85 km of road along the Freetown-Conakry highway, the Makeni-Kabala highway, 75Km of feeder roads in Koinadugu, Tonkolili and Bombali among several others.

Ambassador Müller pointed out that the EU also cooperates with Sierra Leone in other critical sectors such as education, governance, decentralisation, agriculture, environment, rural electrification, the management of public finances and other important priorities of the Government in line with the country’s National Development Plan. 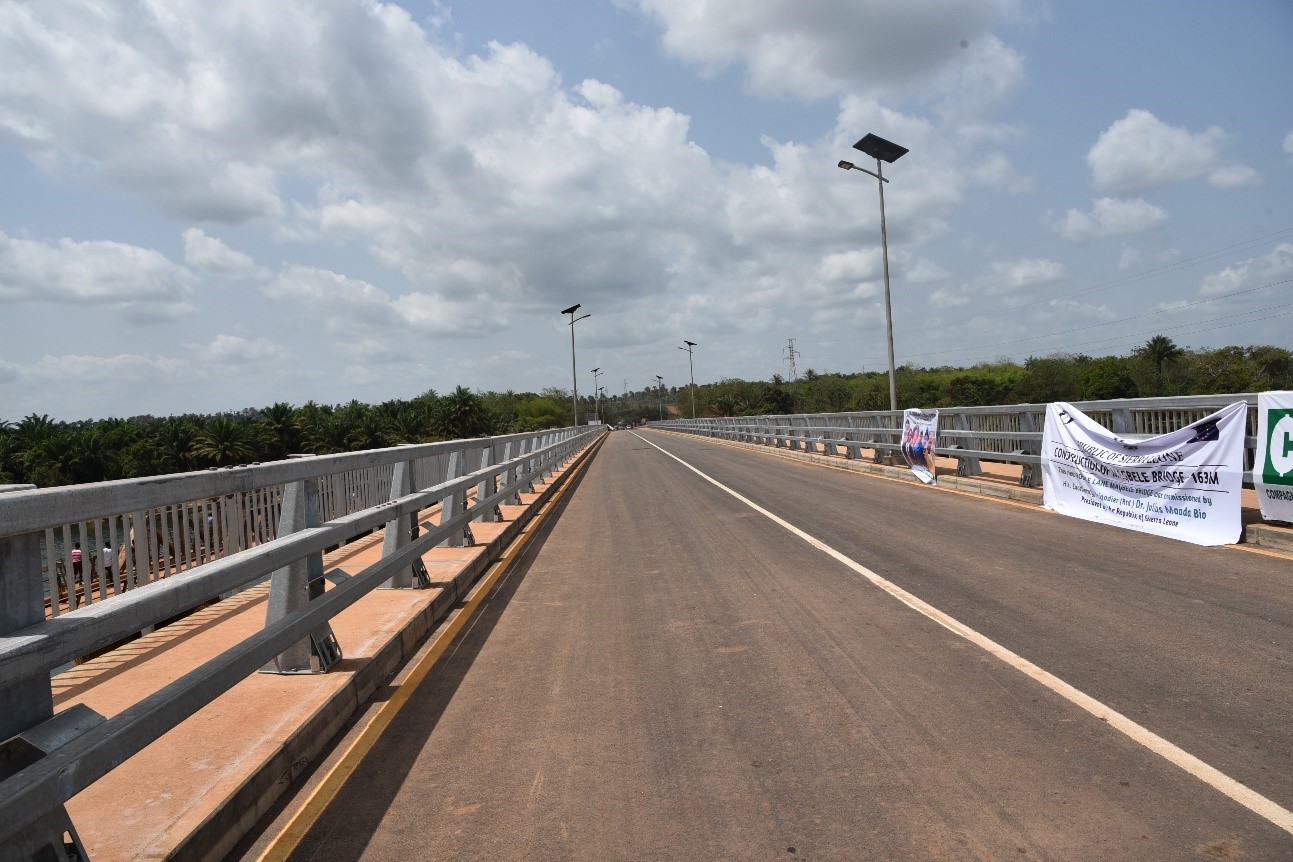 President Dr Julius Maada Bio thanked the European Union for significantly contributing to the infrastructural development projects throughout the country. He said that the cooperation between the EU and Sierra Leone has picked on a new vibrancy, because of the government’s shared belief that by collaborating closely and doing things transparently, real results can be achieved and the live of Sierra Leoneans can be transformed.

Engineer Amara Kanneh, Director General of Sierra Leone Roads Authority, foresees the bridge to last for 100 years, highlighting the ambitious and impactful importance of this project.

The Magbele bridge construction is part of the 48 million Euros Moyamba-Moyamba Junction Road and Bridges Project. This project includes the construction of four bridges across the Gbaingbaia River, Yambatui River, Rokel River and the Ribi River funded under the 11th European Development Fund, under the supervision of the National Authorising Office in the Sierra Leonean Ministry of Planning and Economic Development.