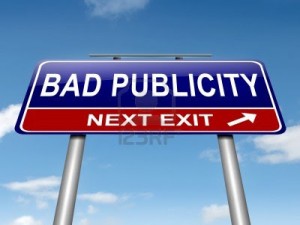 A new system to monitor media outlets has been implemented in Sierra Leone. While some say this will help improve reporting in the country, others worry it may censor journalists.

Like many reporters worldwide, journalists in Sierra Leone spend countless hours typing away at scripts and chasing down sources for stories. Reporters here tend to lack credibility, however, and so the country's Independent Media Commission [IMC] has decided to address the problem.

The IMC, which is separate from the government, regulates media in the African country. The commission has a code that states journalists should be objective in their reporting and keep themselves free from government or opposition control.

IMC Commissioner Augustine Garmoh said coverage of the 2012 presidential election showed many Sierra Leone journalists are not following the code. He said several radio stations gave more air time to certain parties, or sometimes only interviewed the ruling party and did not give opposition a chance to go on the air.

"During elections we realized, most journalists, most media institutions, were divided among party lines. We saw the issue of objectivity eroded. So we realized even the reportage, the quality of reports, were skewed towards particular directions," said Garmoh.

As a result, Garmoh said the IMC has launched a pilot project using a new media monitoring system called Stirlitz.

Fifteen radio stations in Freetown, the country's capital, are being monitored by the IMC. The United Nations Development Program [UNDP] is helping to support the project financially and technically.

Newspapers already are being monitored through the IMC using a different type of software to enter content data into a system.

Hasson Jalloh is the project manager of media development with the UNDP. He said the system, which logs audio, video and metadata, will be useful if journalists are accused of making errors in their reports. "It is helpful because always you have a reference point, that in case there is some infringement you can always come back to past recordings and have evidence of what was actually recorded."

The software also has been used in Ghana and Nigeria and worked well there, he said.

Kelvin Lewis, the president of the Sierra Leone Association of Journalists, sees the monitoring system as a dual-edged sword. He said on the one hand it will help reduce reckless reporting, but on the other… "It could be used to cower journalists into watering down their stories, into making sure they do not talk about things they believe would affect the government."

A news reader at Cotton Tree News in Freetown, John-John Whitfield, said the idea is not so bad. "I am not that much worried. I would be worried if I am not going through the right path. As I told you, I have the IMC [media code]. It is my bible. It restricts me from certain things, and it guides me to do certain things. Once I know I am working in line with what my bible tells me, I am not worried."

Another Cotton Tree News journalist, Tamba Tengbeh, said journalists should not be afraid to be critical of the government. "You just have to be bold enough and challenge people in position and hold them accountable for certain things."

Garmoh insists the IMC does not want journalists to feel intimidated or censor themselves, especially when reporting on the government. He said they should see this as a tool to improve their reporting.

"It is actually not a way to muzzle the press, not in a way to be a policeman, to be a watchdog. We are basically making sure there is peace in this country," said Garmoh.

According to Reporters Without Borders, Sierra Leone ranks as 62nd out of 179 countries in press freedom this year. Finland has the top ranking.

As for what happens with the information IMC documents, it will all be archived on Stirlitz at the IMC building.

It also will be used as a teaching tool, said Garmoh. "We also want to use this for research purposes, because we have the University of Sierra Leone and other colleges around the country doing mass communications. We believe that they will be able to use the facility to come and look at archived documents, archived documentaries, archived programs of various radio stations and be able to make very good use of it."

He said the pilot project will last until end of the year, and then the hope is to have a national system in place using the software to monitor all radio and television stations in Sierra Leone.