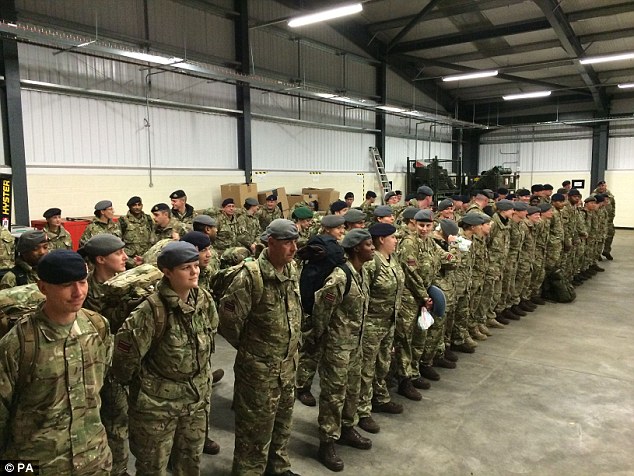 British and Canadian Military Medics arrive in Sierra Leone to join the fight against Ebola. Yesterday saw 100 military personnel from Britain and Canada join the Department for International Development led operation in Sierra Leone. The medical clinicians, Nurses, Lab technicians and doctors flew into Freetown, Sierra  Leone where they will be based for the next 2-6 months. Many of the British personnel, including 15 reservists alongside their Canadian counterparts will head to the UK built Kerry Town Ebola Treatment Centre facility situated on the outskirts of the capital. The treatment staff will spend a period of 60 days working within the patient wards delivering frontline support to the confirmed and suspected patients that have been admitted to the 12 bed facility.Lt Col Gary O’Neil, Canadian Task Force Commander (Op SIRONA) said: “We are excited about coming on a humanitarian mission. We have been training hard and integrating well with the ‘Brits’, and now we are really looking forward to the mission ahead.”
Over the coming month these personnel will work closely with their predecessors to establish themselves and orientate themselves for their task. Handover training days and procedure practice will prepare them for the change over in early January. Building upon the training delivered at Strensall, York, the teams will acclimatize to the 35oC heat and new surroundings whilst handing over from the teams currently working at the treatment facility. Sgt Lance Cekill, said: “It was a relatively short flight from Britain to Freetown and it is great to finally get here. We have already made good friends with our Canadian colleagues and the team is looking forward to starting.”
ENDS
Background
UK Response The UK has committed £232.5 million to the response in Sierra Leone. This includes: